EAâ€™s FIFA 19 has claimed a second week at no.1, forcing Assassinâ€™s Creed Odyssey to settle for #2. 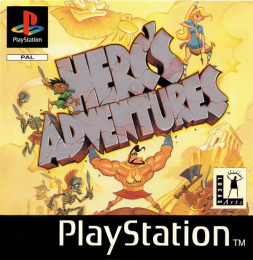 According to GamesIndustry.biz, physical sales of Odyssey were down 25% over AC Origins. All signs point to the digital early access edition proving rather popular.

In an attempt to avoid Red Dead Redemption 2 mania, this yearâ€™s AC also launched a month earlier than Origins. This may have impacted sales likewise.

At #3 itâ€™s another new entry â€“ Forza Horizon 4. Microsoft must be thrilled with the sales figures are theyâ€™ve already issued a press release reporting of the gameâ€™s specular UK launch â€“ itâ€™s the fastest selling game in the franchise to date. GamePass subscriptions also saw “a huge uplift”.

Marvelâ€™s Spider-Man dropped to #4. Then at #5 itâ€™s Super Mario Party, which also tops the Switch chart. To make way for the new arrivals Shadow of the Tomb Raider dropped a few places too, now at #6.

Tekken 7 is back at #7 due to hardware bundling, while Crash Bandicoot continues to perform well holding onto #8. Project Cars 2 â€“ another title currently being bundled with hardware â€“ re-surfaced at #9. The evergreen GTA V sees us out at #10.