It seems the ability to play FIFA 19 early, via either the digital Champions Edition or Ultimate Edition, was a tempting proposition. While the sports sim has managed to take the UK chart top spot, becoming the fastest selling game of 2018 in the process, physical sales were down a colossal 25%. 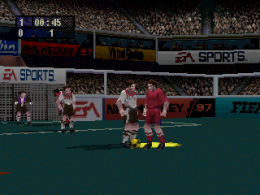 The PS4 version took the lionâ€™s share of sales with 64%. The Xbox One version accounted for 35%, leaving the remaining 1% on Switch. The Xbox 360 and PS3 iterations still managed to break the individual format top 40 chart, however, arriving at #20 and #31 respectively.

Incidentally, the Switch version managed to claim no.1 in the Switch top 20, dislodging Mario Kart 8 Deluxe.

Check back next to see if FIFA 19 remains at no.1 â€“ itâ€™s likely to face stiff competition from Assassinâ€™s Creed Odyssey.

With FIFA 19 riding the chart high, Marvelâ€™s Spider-Man drops to #2. Shadow of the Tomb Raider follows suit, falling to #3.

Mario Kart 8 Deluxe fell one place to #6. At #7 itâ€™s a re-entry for The Elder Scrolls Online, up from #21. We suspect hardware bundling. NBA 2K19 fell four places to #8 during its second week on sale, meanwhile.