Once the first part of an episodic adventure is out of the way talking about the ensuing episodes becomes a tricky task. You can pretty much guarantee at least one dramatic twist, an unforeseen discovery or a character death â€“ or perhaps even all three – which in turn makes going into detail about an episodeâ€™s events almost impossible.

So much has happened since The Council began that weâ€™re now in deep spoiler country. We can at least provide a recap for those unfamiliar with Big Bad Wolfâ€™s political drama: Louis de Riche and several other important and influential individuals â€“ including George Washington and Napoleon Bonaparte â€“ have been summoned to an elaborate gathering on a mysterious island for reasons even more mysterious. Upon arrival, not only had Louisâ€™ mother â€“ who made her own way to the island unfashionably early â€“ gone missing, but the Lord of the manor was also suspiciously absent. 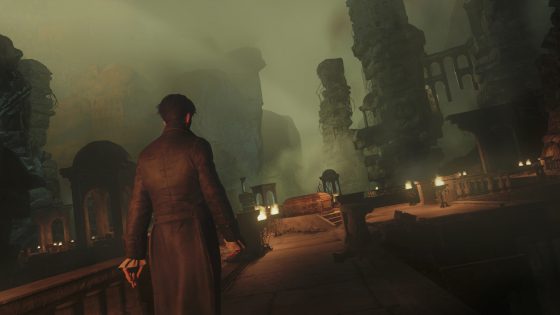 Episodes 2 and 3 shed more light on these matters while providing new parts of the manor to explore. To say new locations have been used sparingly is an understatement, however. Episode 4 follows suit with just one new location to investigate. Weâ€™re then left to casually stroll down the same corridors and attend gatherings in the dining halls, studies and lounges seen in the first episode. As such, the antique-filled manor has now lost its lustre. What was once a place to explore and marvel at, is now a place simply where on-going conversations take place.

Thankfully, this episode showcases and pushes the excellent conversation tools to their fullest, featuring half-a-dozen confrontations with storyline-altering consequences. Due to the presence of an RPG-style skill tree, the charismatic and mild-mannered protagonist has grown increasingly broad-shouldered over time â€“ he now has enough skills at his disposal to completely change the tone and outcome of a conversation, lending a natural sense of progression and character development.

More than a few long-running traits are put to very good use here too, because â€“ and as the episodeâ€™s title suggests â€“ the time has come for Louis to make a decision he canâ€™t go back on. 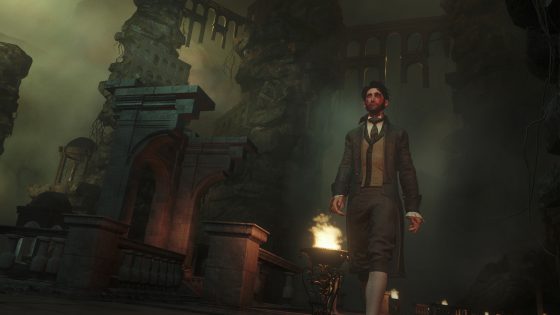 There are a few things to get stuck into before the time to make this decision comes. The episode starts with Louis deep within the islandâ€™s catacombs, tasked with locating and identifying a sacred relic. In order to verify its authenticity, Louis needs to backtrack into the manor â€“ navigating the infamous hedge maze for hopefully the last time â€“ to brush up on his knowledge via the priceless paintings and antique manuscripts found around the abode. Alternatively, he can ask the other guests for information in a cryptic fashion; itâ€™s imperative nobody knows heâ€™s after the relic.

Once in his possession, itâ€™s a case of travelling back through the manor undetected. This doesnâ€™t involve a forced stealth section, thankfully, but rather some brash and potentially messy confrontations in which only two attempts are given to throw guests off the scent.

The last part of this 2-3 hour episode then shakes things up, introducing a â€˜game-changingâ€™ new skill. This eventually leads into some very dialogue heavy sequences, an optional puzzle involving code decryption, and an eventful ending that puts all the pieces in place for the final episode. If youâ€™ve come to this episode expecting answers, you wonâ€™t be disappointed. 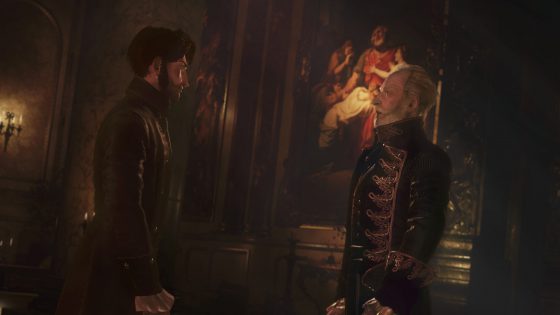 But while this episode really pushes the dialogue system and the tools at Louisâ€™ disposal, highlighting how skilfully entwined the skill trees and conversation choices are, at times it feels like itâ€™s simply going through the motions. The conversations and topics covered here had to occur at some point. The questionable voice acting (Louisâ€™ mother sounds far younger than she is) and minor details such as the lip-synching still havenâ€™t been addressed either, but this was perhaps to be expected.

If youâ€™re looking to make the jump from The Walking Dead: The Final Season to The Council, you can rest assured that Big Bad Wolf has successfully managed to put their stamp on the genre. It may not be a non-stop thrill ride, but this episodeâ€™s revelations have convinced us it has more than enough twists to keep the storyline flowing at a steady enough speed. All bumps are entirely forgivable.

With bridges burned, a political powder keg is about to explode. Onwards to the finale.