Thirty-three new releases make their way to the Switch eShop this week, which weâ€™re pretty sure is a new record. We lost track of grand totals a few months ago, if we’re being honest â€“ between 25-30 new games a week seems to be the norm currently. Itâ€™s both astonishing and ridiculous.

The big hitters are coming thick and fast. EAâ€™s back with FIFA 19, which is apparently a huge improvement over last yearâ€™s edition. It has the potential to be a huge seller. Thereâ€™s also a belated conversion of the remarkably well-received Dragon Ball FigherZ, SEGAâ€™s JRPG Valkyria Chronicles 4, and a surprise release of South Park: The Stick of Truth. 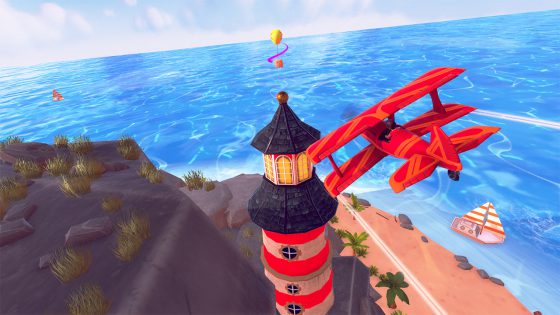 Pilot Sports, which pays tribute to Pilotwings, may be worth investigating too. Weâ€™re also intrigued by Think of the Children â€“ a co-op parenting simulator, of all things.

And proving that crime doesnâ€™t pay, both This Is the Police 2 and The Escapists: Complete Edition should be available now, with the latter arriving at a pleasing Â£9.99. It must be said that some of the eShop prices are rather eyebrow-raising this week â€“ twin-stick shooter Demonâ€™s Crystals is available for Â£3.99 on Xbox One, yet the Switch conversion will set you back Â£13.49. We also had to do a double take at Giana Sisters: Twisted Dreamsâ€™ price â€“ a mammoth Â£26.99. Flippinâ€™ eck.

With that off our chest, hereâ€™s the full rundown of new eShop releases, including pre-orders and discount highlights. Thereâ€™s one new release for 3DS, too. 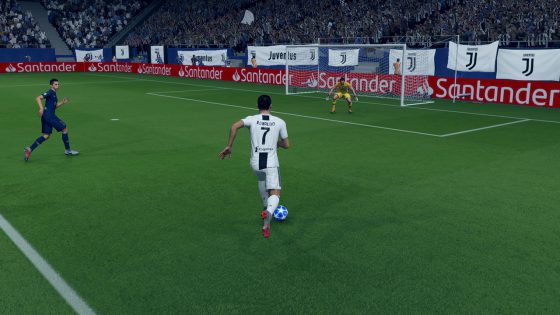 Whispering Willows – Â£7.99
Young Elena Elkhorn embarks on a harrowing journey to find her missing father and discover the secrets of the Willows Mansion. Aiding her journey is a unique amulet she received from her father, which allows her to astral project her spirit into a ghostly-realm and communicate with the dead. Play as Elena to find her missing father, use your astral projection to solves the mansionâ€™s tricks and puzzles, help the lingering souls and discover so much more in Whispering Willows.

Armello – Â£14.99
Armello is a grand swashbuckling adventure that combines three styles of play; The deep tactics of card games with the rich strategy of table top board games, combined with a character role-playing system.

TowerFall – Â£17.99
TowerFall is the ultimate version of the beloved archery combat/party game, featuring all of the content from Ascension and Dark World, and several Switch-exclusive additions!

Think of the Children – Â£11.69
The BBQ is on fire, Jenâ€™s eating poisonous berries and the birthday cake still needs icing. Itâ€™s just another wonderful day out with the kids in Think of the Children, a frantic parenting simulator for up to four players*.

Ultimate Chicken Horse – Â£13.49
Ultimate Chicken Horse is a party platformer where you and your friends build the level as you play, placing deadly traps before trying to reach the end of the level. If you can make it but your friends can’t, you score points! Play online or locally with your animal buddies and experiment with a wide variety of platforms in all sorts of strange locations to find new ways to mess with your friends.

Snake vs Snake – Â£3.99
Snake vs Snake is a fast paced snake game with an insane battle mode with power-ups and much more. Inspired by old classical Snake but with a much faster arcade pace and multiplayer support.

Valkyria Chronicles 4 – Â£49.99
Valkyria Chronicles 4 takes place in the same timeframe as the original Valkyria Chronicles, but focuses on Squad E of the Federation. Commander Claude Wallace and his childhood friends set out to fight for freedom in this desperate war, but bone-chilling blizzards, waves of imperial soldiers, and the godlike powers of the Valkyria stand between them and victory.

Arena of Valor – Â£0.00
Arena of Valor is a Multiplayer Online* Battle Arena game designed by the experts at Tencent Games for Nintendo Switch. Explore and command a roster of over 35 fearless heroes, with roles including Tanks, Assassins, Mages, Support, Warriors, and Marksmen. Build the ultimate team with your friends to crush your opponents in real-time online* battles!

Pilot Sports – Â£29.99
At PILOT SPORTS everything revolves around a wide variety of aircraft that control and feel differently. Each of them offers a new challenge. You have to fly challenging courses at exotic locations and achieve the best time or score.

NAMCO MUSEUM ARCADE PAC – Â£32.99
Save your quarters and bring the arcade home with the ultimate 2-in-1 game â€˜pacâ€™, NAMCO MUSEUM ARCADE PAC! Enjoy the nostalgic classics in â€œNamco Museumâ€ and the flashy maze madness of â€œPAC-MAN Championship Edition 2 PLUSâ€ with friends or solo, exclusively for the Nintendo Switch!

A Gummy’s Life – Â£12.14
Choose your favourite gummy among a great variety, customize it to your taste and enjoy playing and laughing with your friends or your family. Attack! Only one can remain.

Debris Infinity – Â£4.49
Debris Infinity is an action-packed game that puts your reflexes to the limit, allowing you to manipulate time itself to make impossible manoeuvres, using an advanced scoring system to rank your performance!

Oh My Godheads: Party Edition – Â£10.79
Grab eleven Godheads with their own game-changing abilities, such as explosions, mind-control and freeze. Visit ten locations with their own obstacles to overcome, like the waterfalls in Japan, Italian volcanoes, and more.

This Is the Police 2 – Â£26.99
Interpret the law as you see fit! Run the sheriffâ€™s department, manage your cops, make tough decisions â€“ and try to keep out of prison yourself â€“ in this story-driven mixture of adventure, strategy, and turn-based tactical combat.

Alwa’s Awakening – Â£6.99
Use your magic staff and progress through a large interconnected world where you’ll solve puzzles, fight enemies and defeat bosses in order to help free the land of Alwa. Explore and uncover the secrets by using your platforming skills in this challenging and charming 8-bit adventure game.

Dokuro – Â£7.49
You are a nameless skeleton in the Dark Lord’s army. The Princess was abducted to become the dreaded Dark Lord’s wife, after a chance encounter, you set her free. Guide the Princess from the shadows in Skeleton Form, switching to Hero Form when it’s time to mount a gallant offence!

EXORDER – Â£9.19
A fantasy turn-based strategy game, fight for Cerulean and claim the crown as her rightful heir!

Moorhuhn Wanted – Â£5.03
Trigger-happy desperado chickens have chased the righteous sheriff out of town. Nothing and no one is safe in this once-peaceful city. You’re the new sheriff in town and must restore law and order by taking out these renegade chickens.

Rise and Shine – Â£13.49
Rise & Shine is a high lethality puzzle game with a bullet-hell twist. Pop your enemies’ heads with next-level strategy and cunning. Pull off the perfect boss fight with careful planning and execution. And guide your advanced projectiles to open new areas.

Tangrams Deluxe – Â£3.99
It’s time to fit in like a tangram master! Turn, flip, and drag shapes together to solve the puzzle and reveal a doodle. A tangram is a Chinese logic puzzle in which you must fit seven pieces into a target shape without any overlapping.

Wandersong – Â£17.99
A musical adventure where you use singing to save the world! Play as a silly bard who embarks on a globe-trotting journey to learn about the mysterious Earthsong, said to prevent the universeâ€™s imminent end.

Demonâ€™s Crystals – Â£13.49
Demon’s Crystals is a frenetic twin-stick shooter where you guide the Urican demons through countless hazards in order to restore peace to the world. The Urican have always been at the top of the food pyramid, but one day three mysterious beings arrived causing the once peaceful inhabitants of the world to become aggressive and destructive.

Find The Balance – Â£1.99
Stones, boxes, bananas – whatever you can imagine. Place all the stuff to make a steady tower and have fun finding the balance. Find the Balance is a puzzle-like game joining an art of stone stacking with easy but challenging gameplay.

Jack N’ Jill DX – Â£3.99
In Jack Nâ€™ Jill DX, players must assume the role of Jack, overcoming many hazards, in a bid to reach Jill, who awaits him at the end of 140 levels, in typical old-school one-button platformer fashion!

Monster Loves You – Â£8.99
Live the life of a Monster, from birth in the slime vats to elderhood and beyond, making decisions that affect the world of Monsters and Humans in this storybook adventure. 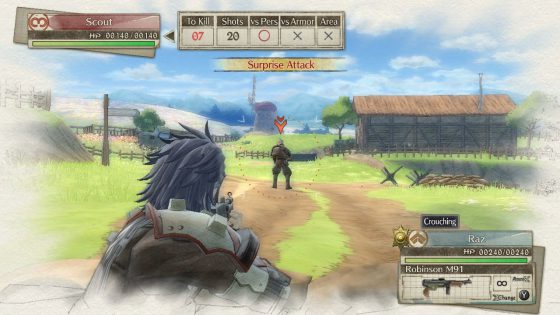 Jake Hunter Detective Story: Ghost of the Dusk – Â£35.99
Experience a new chapter in the Jake Hunter saga, along with five additional hard-boiled tales of detectives, deductions, danger, death and of course, dames. Use all your skills: search crime scenes, interview suspects and uncover the truth.