Normally when I donâ€™t understand a modern game – Fortnite, Minecraft, Destiny, the list goes on – I feel like a dinosaur. And Iâ€™m perfectly comfortable with that. But with Dreams, I think Iâ€™m with the majority for once. So I was keen to seek it out at EGX – and that I did.

Having now waded through the disparate information knocking about online, I know that thereâ€™s a story mode made up of three intertwining tales – noir-themed mystery, childhood-horror-themed puzzle platforming, and sci-fi-themed action. Itâ€™s the last of those that made up the meatiest part of the demo I played. And it was lovely. 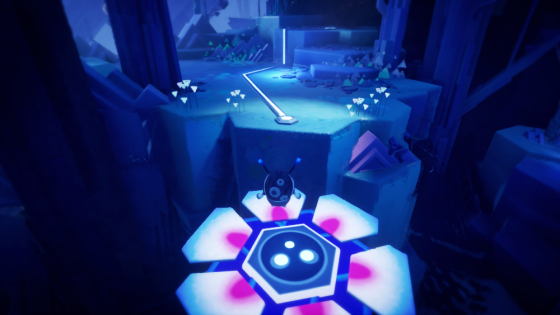 It was pretty straightforward platforming fare, but oh so charmingly executed, with beautifully tight controls, and new ideas around every corner. And instant restarts, which frankly should be mandatory in this sort of thing.

That itâ€™s so promising isnâ€™t surprising, because Media Molecule have a habit of producing exquisite platform games. Yes, LittleBigPlanet had extensive level creation tools, but it was also just an excellent platformer. Itâ€™s easy to forget that Media Molecule are horrifyingly talented at making games, not just making games that let you make games.

And it seems like that might be overlooked again with Dreams, which is first and foremost described as â€œan extraordinary open-ended experience where you can make anything, from interactive adventures and platformers, to shoot â€˜em ups, puzzlers and more.â€ Which is why no-one understands what it is.

The other little demos proved the versatility of the game creation tools provided – the very same tools that Media Molecule used to make the story mode, on a PlayStation 4, using a DualShock 4 pad – with dogfighting, 2D platformer, multiplayer hammer thing and much more on show. They were fine, but not up to the polished standard of the story mode.

Thereâ€™s all manner of videos kicking around demonstrating the tools themselves, but itâ€™s all a bit baffling – and I didn’t get to give them a go.

Iâ€™m not concerned about that though. I want to play the game that Media Molecule come up with – which given that there’s still no release date, might be a way off yet. It’ tempting to suggest that it might have been easier if they’d just, you know, concentrated on making a game…