Itâ€™s good news for Sony – Marvelâ€™s Spider-Man is the UKâ€™s no.1 for a third consecutive week.

With FIFA 19 out this Friday, itâ€™s doubtful Spidey will make it for a fourth week. Thereâ€™s a chance itâ€™ll make a triumphant return later in the year, however, especially with Black Friday approaching. 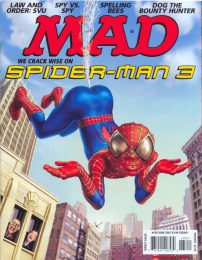 Shadow of the Tomb Raider continues to sell well too, claiming #2 for a second week running.

NBA 2K19 fell to #4 during its second week on sale, meanwhile, giving way to Crash Bandicoot which rises to #3.

Mario Kart 8 Deluxe and GTA V then hold onto #5 and #6 (respectively).

Discounts have helped a few older titles re-enter the top 20 â€“ Dishonored: Death of the Outsider climbs to #12, while Resident Evil VII is up from #31 to #13.

Animal Crossing: New Leaf is back in the chart too, re-surfacing at #37. The recent Switch reveal probably had something to do with that.

Lastly, two of last yearâ€™s sports titles are about depart the top 40 â€“ FIFA 18 clings in at #39, while WWE 2K18 is at #40. This is the life a sports game leads â€“ popular for a year, then pushed to the wayside the moment its successor arrives. Itâ€™s the circle of life.