Scrolling beat’em up fans rejoice! Capcom Beatâ€™Em Up Bundle has elbowed its way onto PSN, the Nintendo eShop and the Xbox One Store. The surprise compilation â€“ revealed during last weekâ€™s Nintendo Direct â€“ contains Final Fight, Captain Commando, The King of Dragons, Knights of the Round and Warriors of Fate, as well as two games previously unavailable on consoles: Armored Warriors and Battle Circuit.

While reviews are generally positive, a few critics note that online play is far from stable. The lack of Capcom’s licensed games, such as The Punisher and AvP, was also brought up. Reviewers should know not to expected licensed stuff by now â€“ obtaining rights to expired licenses is a massive headache for publishers, hence why it happens so rarely. 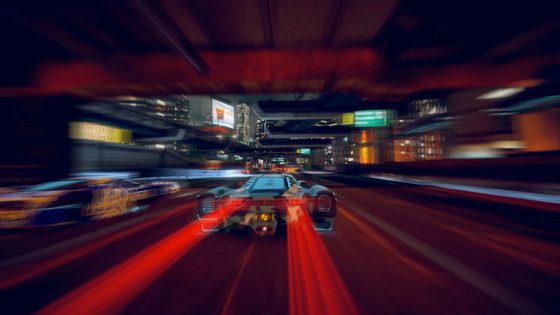 This week also sees the release of Ubisoftâ€™s cinematic thriller Transference, the pleasingly daft visual novel 428: Shibuya Scramble â€“ which gained full marks in Famitsu â€“ and the whimsical nostalgic adventure The Gardens Between. Dungeon crawler fans may want to check out Labyrinth of Refrain: Coven of Dusk â€“ available on both PS4 and Switch â€“ meanwhile, which gained a glowing review from God is Geek.

Thereâ€™s Downward Spiral: Horus Station – a PSVR adventure set aboard a space station – to consider too, although with scores varying from 8/10 to 4/10 you may want to investigate further before opening your virtual wallet.

Weâ€™re also going to give Telltaleâ€™s RGX: Showdown a shout-out. This futuristic racer comes from the minds behind Split/Second and Burnout, priced at a low Â£7.99. The lack of reviews is rather concerning, however. Which such talent behind it, youâ€™d think Telltale would tell the world it exists. 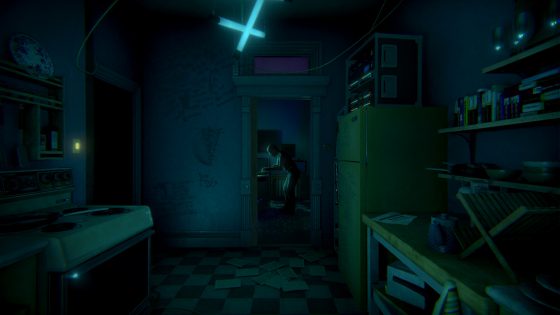 Reviews:
3.5/5 â€“ AOTF: â€œItâ€™s a game worth checking out (though you might want to wait for a sale), but is far from the great narrative experiences other walking simulators have come to be known forâ€

3.5/5 â€“ Game Rant: â€œAs far as virtual reality games go, Transference isnâ€™t the best, but itâ€™s definitely one of the scariest. Anyone looking for a solid horror game will want to give it a go despite its shortcomingsâ€

70% – New Game Network: â€œTransference is an enjoyable thriller that retains its effectiveness in a non-VR setting. Despite gameplay simplicity and underutilized live-action videos, the strong atmosphere and a few memorable scenes help this sci-fi adventure leave a lasting markâ€ 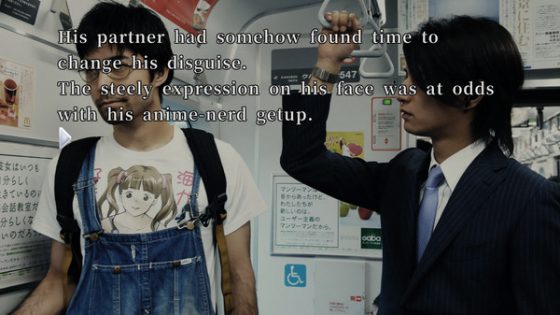 Reviews:
10/10 â€“ PlayStation Lifestyle: â€œI have never played a game quite like 428: Shibuya Scramble. Itâ€™s hands-down the best visual novel Iâ€™ve ever experienced. Anything you could want in a VN it offers. Deep character development, a rich, meaningful story, humor, action, romance, you name it!â€

8/10 – GameSpot: â€œFrom the first hour of the in-game day, you’ll be riveted by this story’s unexpected twists and turns. If you want a story- and character-driven game with a presentation you wonâ€™t see anywhere else, 428 is a game not to be missedâ€

7/10 â€“ Push Square: â€œ428: Shibuya Scramble is a fun addition to the PS4â€™s growing visual novel stable. Solve a kidnapping, thwart a viral conspiracy, and assist a hapless salesperson in taking off her giant cat costume: Spike Chunsoftâ€™s zany story has charm to spare and is both funny and thrilling while it lastsâ€ 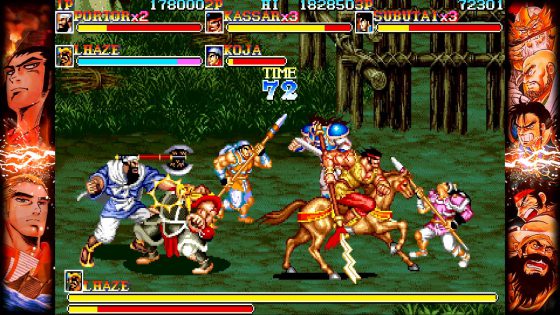 Reviews:
7.5 â€“ PSU: â€œA compelling and satisfying collection of prime side-scrolling brawlers from Capcom’s arcade heyday, though there are some missing titles and less bonus material then we’d like, Capcom Beat Em Up Bundle does justice to its selection, making it an essential prospect for fighting fans and co-op players alikeâ€

7.5 â€“ Xbox Tavern: â€œItâ€™s a shame that when playing online with more than two players the gameâ€™s framerate dramatically spikes, but with that to the side, thereâ€™s little to scoff at. When all is said and done, the Capcom Beat â€˜Em Up Bundle is a must have for fans of the genreâ€

7.1 â€“ Video Chums: â€œIf you’re a retro arcade fan then picking up a copy of Capcom Beat ’em Up Bundle is a must. That being said, don’t expect it to be a comprehensive compilation because it’s far from itâ€

Reviews:
9/10 â€“ TSA: â€œWhile itâ€™s not the longest game, itâ€™s perfectly put together, and though the puzzles arenâ€™t too difficult, the way theyâ€™re crafted should be praised as should the whole packageâ€

7/10 â€“ Push Square: â€œThe Gardens Between is almost a truly great puzzle game, but it gets hung up in a couple of small areas. Gorgeous surreal environments pair with a perfect score to create a killer atmosphere for some of the most clever puzzle mechanics – complete with impressively consistent internal logic – that weâ€™ve seen in some timeâ€

6/10 – VideoGamer: â€œA seductive art style, hazy synth sounds, and some well-designed puzzles give The Gardens Between a pleasant mood, but it doesnâ€™t stay in the mind long after the creditsâ€ 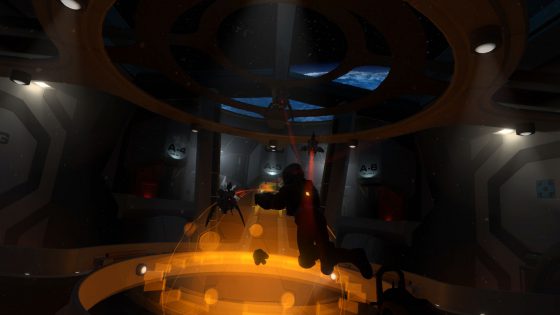 Reviews:
4/5 â€“ Dark Station: â€œDownward Spiral: Horus Station is an atmospheric game that feels like the video game equivalent of Aram Khachaturianâ€™s exceptionally melancholic Adagio from the Gayane Ballet Suite used during the Discovery montage from 2001: A Space Odyssey. I never knew exploring and interacting with derelict space vessel in VR was my jam – and it totally is nowâ€

7.0 â€“ PlayStation Lifestyle: â€œDownward Spiral: Horus Station isnâ€™t without issues, but this is an experience worth having for PSVR owners. The Zero-G gameplay remains fun throughout, and a wide assortment of weapons and tools helps to allow players some freedom in the way they dispatch enemiesâ€

4/10 â€“ Push Square: â€œDownward Spiral: Horus Station neither succeeds nor fails in any spectacular fashion, and as such, it just sort of exists. This is a boring experience that doesnâ€™t do anything truly unforgivable, but is also unsuccessful in offering anything worthy of talking about. Downward Spiral: Horus Station is a thing, but you really donâ€™t need to experience itâ€

Labyrinth of Refrain: Coven of Dusk 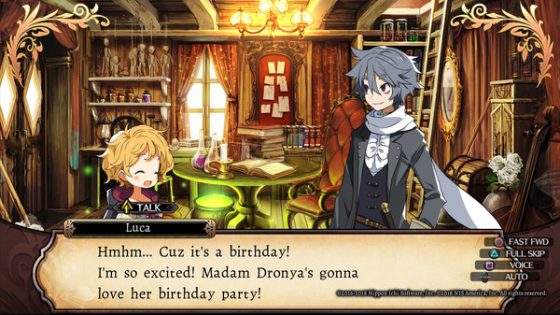 Reviews:
9.0 â€“ God is a Geek: â€œLabyrinth of Refrain: Coven of Dusk is a refreshing addition to the DRPG genre that is a must play for fans of Etrian Odyssey and those who enjoy NIS’ visual styleâ€

7.9 â€“ Video Chums: â€œEven with its flaws, Labyrinth of Refrain: Coven of Dusk is one of the most enjoyable dungeon crawlers that I’ve ever played. The somewhat open-ended progression system and rewarding party growth mechanics make for one satisfying adventureâ€

7.0 â€“ PlayStation Lifestyle: â€œExploring every inch of the labyrinth is addictive, and its unique battle system and an in-depth character creation system will keep you busy for quite a whileâ€

ACA NeoGeo: Cyber-Lip
Speed Brawl
League of Evil
I am the Hero
Wenjia

Broken Sword 5 – The Serpent’s Curse
Labyrinth of Refrain: Coven of Dusk
Candle: The Power of the Flame