This weekâ€™s UK Switch eShop line-up features more than a few familiar faces. While the titles in question arenâ€™t exactly the freshest, they certainly arenâ€™t lacking in quality.

Thatâ€™s to say, if youâ€™ve never played the likes of Bastion, Dust: An Elysian Tail, Fallout spiritual successor Wasteland 2, and Double Fine’s Broken Age before then youâ€™re in for a treat. Multiple treats, we suppose. Bastion was one of the highest rated indies of the year upon release, while Dust has a pleasing 32-bit action platformer feel to it. It’s the greatest SEGA Saturn game that never was. 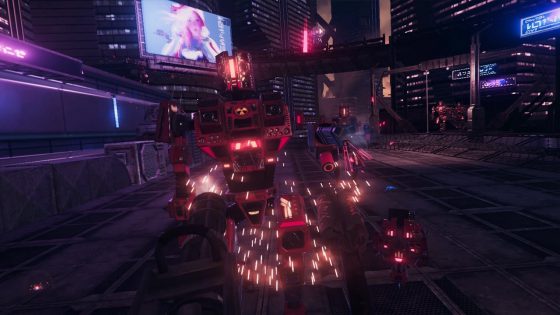 Retro fans are in for a treat too, with the legendary Rygar making a surprise experience.

Hereâ€™s the full rundown of releases, along with discounts and new pre-orders. Also: a single new release for the humble 3DS.

ACA NEOGEO AGGRESSORS OF DARK KOMBAT – Â£6.29
AGGRESSORS OF DARK KOMBAT is a fighting game released by SNK in 1994. Pick one of eight intense fighters and go into battle to accomplish their goals. Use the full playing field and dash combined with fierce attacks in this intense, unrestricted battle! Will you win by techniques or by force?! Experience the true rampage of battles.

Arcade Archives RYGAR – Â£6.29
“RYGAR” is a video game created by Tecmo in 1986 and originally released for arcades in Japan as ‘Warrior of Argus’. It is a scrolling platform game where the player assumes the role as the “Legendary Warrior”. The main feature of gameplay is using a weapon called the ‘Diskarmor’.

The Warlock of Firetop Mountain: Goblin Scourge Edition! – Â£19.99
Encounter the nostalgic aesthetic of classic tabletop RPGs by playing with over 100 handsomely painted character and monster miniatures as you explore the depths of Firetop Mountain.

Danger Mouse: The Danger Games – Â£4.49
In this insane race showdown of epic proportions, youâ€™ll play as the world’s greatest secret agent, Danger Mouse, starring in Quarkâ€™s latest reality TV show, The Danger Games. Speed through city streets, battle enemies, and dodge explosions as you struggle for first place! Will you make it to the finish line in one piece?!

Wasteland 2: Director’s Cut – Â£23.99
The Wasteland’s hellish landscape is waiting for you to make your mark…or die trying. With over 80 hours of gameplay, you will deck out your Desert Ranger squad with the most devastating weaponry this side of the fallout zone, test the limits of your strategy skills, and bring justice to the wasteland.

Bastion – Â£10.99
Bastion is an action role-playing experience that redefines storytelling in games, with a reactive narrator who marks your every move. Explore more than 40 lush hand-painted environments as you discover the secrets of the Calamity, a surreal catastrophe that shattered the world to pieces.

Nefarious – Â£13.49
Tired of playing the hero? Nefarious is a 2D action platformer where you get to be the villain! Step into the wily shoes of Crow, an evil genius on an epic quest to steal princesses for his royalty-powered death ray â€“ the world-conquering Doom Howitzer.

SENRAN KAGURA Reflexions – Â£8.99
Can you feel it? The beating of her heart… In a classroom after school, learn the ways of “Reflexology” by syncing with her heart and body. SENRAN KAGURA combines with HD Rumble on the Nintendo Switch!

Defunct – Â£13.49
You are a broken robot that accidentally falls out of a giant cargo ship onto a post-human Earth, now inhabited by robots. You have to get back to your ship before itâ€™s too late!

Grandpa and the Zombies – Â£7.19
Grandpa Willyâ€™s brain might not be the freshest anymore, but heâ€™s not ready to surrender it to the zombies anytime soon! If only the brakes would function on his wheelchairâ€¦ Brace yourself for crazy puzzle fun and help Willy to safely navigate through the zombie apocalypse.

STAY – Â£9.29
When Quinn wakes up alone in a locked room with nothing of note save for a computer hooked up to an internet chat room in which you’re present, you become his single ray of hope. Your choices â€“ and your timeliness â€“ will single-handedly shape his escape efforts… or lead him down the path to an untimely end.

NBA 2K19 – Â£54.99
NBA 2K celebrates 20 years of redefining what sports gaming can be, from best in class graphics & gameplay to groundbreaking game modes and an immersive open-world â€œNeighborhoodâ€. NBA 2K19 continues to push limits as it brings gaming one step closer to real-life basketball excitement and culture.

Dust: An Elysian Tail – Â£11.69
Battle dozens of enemies at once with an easy-to-learn, difficult-to-master combat system, take on a variety of quests from friendly villagers, discover ancient secrets and powerful upgrades hidden throughout the massive, open world, and uncover the story of an ancient civilization on the brink of extinction as you fight to uncover your own past.

Broken Age – Â£11.49
Vella Tartine and Shay Volta are two teenagers in strangely similar situations, but radically different worlds. The player can freely switch between their stories, helping them take control of their own lives, and dealing with the unexpected adventures that follow.

Doughlings: Arcade – Â£6.29
Doughlings brings unique gameplay mechanics through its interesting characters and the world while combining together the best that all known Arkanoid games have to offer, polished with a modern look and design.

Shadow Fight 2- Â£13.49
Shadow Fight 2 is a representative of a popular fighting series. Itâ€™s a love letter to all martial arts games and fantasy/sci-fi genre. Travel across 7 distinct provinces and force to terrify the mighty Titan! in addition, Shadow Fight 2 offers you a bonus story chapter which sheds some light on charactersâ€™ past. In total several hundred different battles are available for the player in the adventure mode!

The Mahjong Huntress – Â£4.04
Mary Elisabeth Riley is to be wed to Sir Charles Gilbertworth on the eve of her 21st birthday. Right before the ceremony, the groom goes missing. Mary Elisabeth would be fine with this, more than fine, but the thing is, Gilbertworth disappeared in her familyâ€™s mansion, and if heâ€™s not found, the blame might fall on her mother, widow Riley. Thereâ€™s also the matter of, well, the supernatural. It seems thereâ€™s more to the folk stories than she believed. 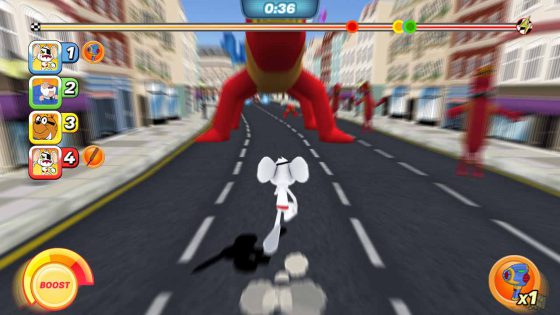 RTO 3 – Â£8.99
The lunar base, where you are stationed as part of the security forces, is under siege. Having just escaped from enemy captivity you are now on your own and must fight against overwhelming odds to survive. Featuring large and complex levels with nonstop action RTO 3 is a first-person shooter which will keep you entertained for hours.

Next week: UNDERTALE, Siegecraft Commander, Hover, The Gardens Between, and Light Fingers.