Reviews of Square-Enixâ€™s Shadow of the Tomb Raider went live on Monday, two days ahead of launch. While it has received dozens of glowing reviews, a handful of critics werenâ€™t entirely smitten by Laraâ€™s latest, resulting in some less-than-positive reviews.

The mild negativity comes from the fact that Shadow of the Tomb Raider is pretty much par for the course, failing to improve on its predecessor in any meaningful way. To quote Eurogamer, â€œLara’s latest sees the reboot trilogy end just as it began.â€

NBA 2K19 aside, which technically launched last week via the snazzy anniversary edition, reviews for the rest of this weekâ€™s assortment of titles are slow to surface. It seems EA are yet to let the critics hit the ice in NHL 19, while Boundless â€“ a cross-platform Minecraft-style sandbox, also published by Square-Enix â€“ is also review shy. Steam user reviews may have the answer youâ€™re looking for. 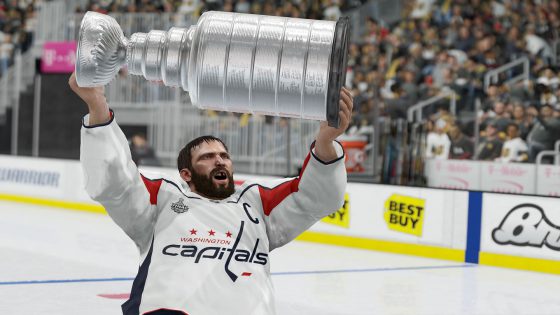 There are a few belated conversions of note, however. After hitting the Xbox One in May, the text-heavy puzzler STAY makes it to PS4 and Switch. We found it to be rather experimental â€“ the idea is to help a nervous chap escape from a mysterious house, via a faux chat room. The checkpoint placing goes to pot towards the end, and some puzzles are highly irritating, but if youâ€™re after something with a a hint of originality itâ€™s still worth a look.

Light gun-style shooter Time Carnage â€“ from Wales Interactive â€“ ditches VR to jump to Xbox One and Switch, meanwhile. Expect silliness and short-lived arcade thrills. Then thereâ€™s Neonwall, a colourful puzzler built around the Switch Joy-Con, now redesigned for standard analogue control. Itâ€™s due on PS4 and Xbox One this Friday.

Unless weâ€™ve missed something, next week is shaping up to be a quiet one with no major new releases due. If our Twitter feed is to go by, everyone is still heavily engrossed with Spider-Man anyway.

Shadow of the Tomb Raider 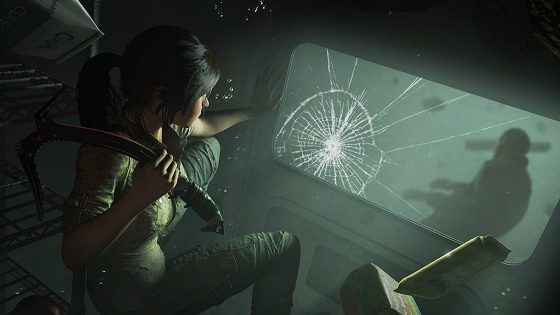 Reviews:
9.0 â€“ IGN: “I would have liked a little more incentive to explore the beautiful world Eidos Montreal has created, but Iâ€™d much prefer too much content than too little. Thereâ€™s so much to enjoy elsewhere in a game thatâ€™s stuffed to the brim with ideas and devilishly challenging puzzles. I canâ€™t wait to see where Lara goes next”

8/10 â€“ The Metro: “Itâ€™s only a small step forward from the last game but this is the most successful attempt so far to modernise Tomb Raider, even if the storytelling still has problems”

6/10 â€“ GameSpot: “Making the journey to Shadow of the Tomb Raider’s peaks is certainly an attractive goal, but like the challenging terrain Lara needs to traverse, the path there is getting rougher and more unpredictable” 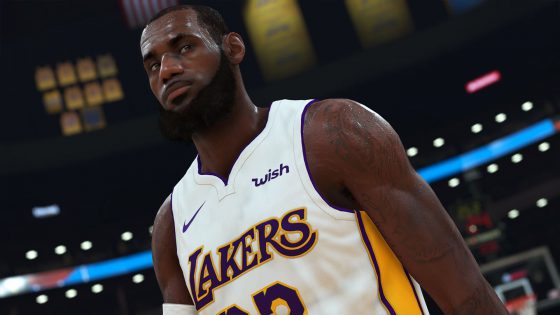 Reviews:
9.5 â€“ Forbes: â€œWhether you’re a person who plays single-player, multiplayer, offline or online, this is the most complete sports game I’ve ever played. There is no such thing as a perfect sports game, but this is as close as it getsâ€

4.5/5 – Digital Trends: “Once again, NBA2Kâ€™s latest installment proves to be an excellent basketball sim, bringing more refined, realistic gameplay, and balances to offense and defense. The MyCareer story is much improved, and the progression system feels more forgiving than previous iterations. While the rest of the package mostly mirrors what weâ€™ve seen before, overall, these marked improvements to the series make it hard to hold it against 2K19”

8.5 – IGN: “NBA 2K19â€™s rock-solid gameplay and strong sense of style make it the best of the series, but its style is slightly cramped by microtransactions”