Switch owners arenâ€™t short on new potential purchases, with several big hitters either out now or due before the end of the week. The 3DS gets a look-in too with YO-KAI WATCH BLASTERS, the first spin-off in the series which adds an action-oriented twist.

On Switch SNK HEROINES Tag Team Frenzy, Hyper Light Drifter – Special Edition, Planet Alpha, and God Wars are all generating a buzz, while gaining moderately high review scores. And if your feeling flush, NBA 2K19 20th Anniversary Edition also can be yours this week for an eye-watering Â£84.99. The standard edition is out next week for a more affordable Â£54.99. Well, slightly more affordable.

Reviews of SNK Heroines are rather mixed so far, ranging from Digitally Downloadedâ€™s 9/10 to Critical Hitâ€™s miserable 3.5/10, with the latter blaming a lack of depth. Hyper Light Drifter – Special Editionâ€™s reviews are far more consistant. In fact, itâ€™s yet to gain a score lower than 8/10. Nintendo World Report called it â€œA masterful and beautiful experience with powerful visuals, transcendent audio, and challenging gameplay.â€ 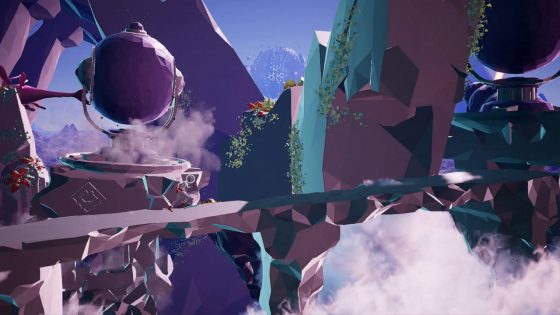 Team 17â€™s Planet Alpha offers 2D platforming puzzle action, meanwhile. As mentioned in our other weekly round-up (itâ€™s also out on PS4 and Xbox One this week), scores are mostly 7s and 8s. â€œThere’s great pleasure in just existing on this planet, in navigating its harsh terrain and admiring its vistas, and the sheer beauty of it all makes the game’s shortcomings easy to bear,â€ was GameSpotâ€™s verdict.

Finally, God Wars is a belated conversion of a PS4/PS Vita strategic JRPG from 2017. The lack of touchscreen controls is somewhat problematic, but if you canâ€™t wait for Fire Emblem: Three Houses then this is a decent alternative.

Thereâ€™s also the pixel art shooter Broforce to consider, along with Lifeless Planet: Premiere Edition and the indie classic Gone Home. Turns out weâ€™ve never reviewed Gone Home â€“ itâ€™s a pleasant way to spend an hour or so, piecing a story together as you return to an empty home after spending a year abroad. Weâ€™re particularly fond of all the â€˜90s references it contains. 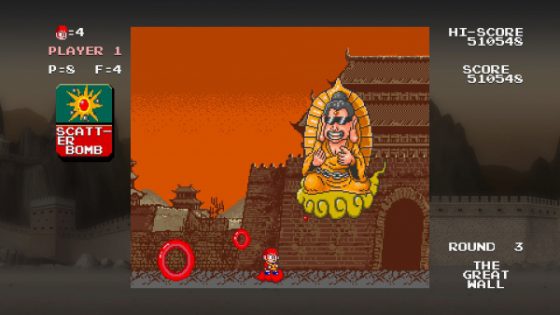 Hereâ€™s a full round-up of all new Switch releases, including Monkey King: Master of the Clouds â€“ which was released on the SEGA Master System as Cloud Master â€“ and Slice, Dice & Rice from Arc System Works, which gained mostly decent reviews on PS4.

Kentucky Robo Chicken – Â£2.29
Get to the end of each level in the shortest amount of time possible and try to collect all the gizmos along the way. Beware the hungry Roaches, pesky Flies, shooting cannons and other deadly obstacles. Get the power-ups that let you use your turbo dash that’ll come in handy in tough situations.

Broforce – Â£13.49
When evil threatens the world, the world calls on Broforce – an under-funded, over-powered paramilitary organization dealing exclusively in excessive force. Join with up to four players to run â€˜nâ€™ gun as dozens of different bros and eliminate the opposing terrorist forces that threaten our way of life. Unleash scores of unique weapons and set off incredible chain reactions of fire and napalm in the name of freedom.

Sigi – Â£4.49
Take down hordes of goofy enemies and crazy bosses. Earn riches, find long lost holy artefacts and make your way up to the top of Mount Stinkup!

Hyper Light Drifter – Special Edition – Â£17.99
Explore a beautiful, vast and ruined world riddled with dangers and lost technologies. Echoes of a dark and violent past resonate throughout a savage land, steeped in treasure and blood. Hyper Light Drifter is an action adventure RPG in the vein of the best 16Â¬bit classics, with modernized mechanics and designs on a much grander scale.

Lifeless Planet: Premiere Edition – Â£15.99
Equipped with a limited-use jet-pack and a mobile robotic arm, the player must use wits and skill to solve puzzles, unravel the mystery, and survive the Lifeless Planet!

Ninjin: Clash of Carrots – Â£11.99
Ninjin: Clash of Carrots is an anime-inspired beat-â€˜em-up with a gaggle of varied enemies, deep customizationâ€¦and ninjas! Play through side-scrolling worlds consisting of multiple stages and collect carrots stolen by the evil Shogun Moe! Carrots act as currency which can be redeemed in the Corgi Store for new equipment, or the Shady Shop for special weapons, masks and other customization items. Grab a friend to join you in 2-player online* or local co-op.

PLANET ALPHA – Â£15.99
You have awoken on a strange alien world. Injured, alone and stranded you venture across this foreign land, navigating beautiful and varied terrain as you try to stay alive.

Claws of Furry – Â£8.99
laws of Furry creates a blend of today’s fast-paced action with classic arcade beat’em up badassery. With four distinct environments with unique enemies, the challenge is always evolving

Gone Home – Â£11.99
You arrive home after a year abroad. You expect your family to greet you, but the house is empty. Something’s not right. Where is everyone? And what’s happened here? Unravel the mystery for yourself in Gone Home, a story exploration game from The Fullbright Company.

ACA NEOGEO NINJA COMMANDO – Â£6.29
“NINJA COMMANDO” is an action game released by SNK in 1992. Fight to protect history from death merchants planning to bring chaos to the world. Shoot, use Ninja Tricks and Death Blows, and accumulate scrolls to perform Transformations for a variety of attacks. Two-player simultaneous play is also available.

Gakuen Club – Â£19.99
â€œGakuen Clubâ€ is a school life romance game set in a famous private academy. The game features unique and distinct characters with their own stories and outstanding voice work.

Monkey King: Master of the Clouds – Â£4.49
A huge Japanese coin-op hit developed by HOT-B in 1989, the game was later renamed Cloud Master when released outside Japan on the Sega Master System. This upgraded release of the original arcade version includes HD ready elements by developer Starfish-SD, the company formed by the original HOT-B development team. For the first time, live online leaderboards will add a worldwide competitive quality to the game not possible before.

Shikhondo: Soul Eater – Â£11.33
Shikhondo – Soul Eater is a Korean bullet-hell shoot â€˜em up set within a beautiful and bizarre world of Asian mythology. Armies of demons known as yokai have escaped from Limbo. They are spreading like a plague across the land, sowing fear and stealing souls. You must destroy the pestilent invaders and free the captured souls from eternal torment.

FullBlast – Â£4.79
With an art style inspired by the 80â€™s and the 90â€™s, FullBlast is a vertical-scrolling shooter that will bring a dose of nostalgia to all gamers who spent many an hour at their local arcade, engaging in Shmups. But donâ€™t worry, just because itâ€™s retro in origin, modern conventions and technology have been considered, resulting in a modern and vibrant presentation that is the perfect way to introduce a new generation of gamers to a largely untapped genre.

Ludomania – Â£2.69
Ludomania – a one-of-a-kind app with which you can play the most popular variations of the medieval Indian board game: Pachisi!

Mummy Pinball – Â£1.79
The most entertaining Pinball is back! Enjoy Mummy Pinball, a perfect reproduction of a real pinball machine, with all the graphic details and sounds. Discover all the secrets, complete all the missions and become number 1 in the world or the best among your Friends, posting your high score on the online leaderboard. 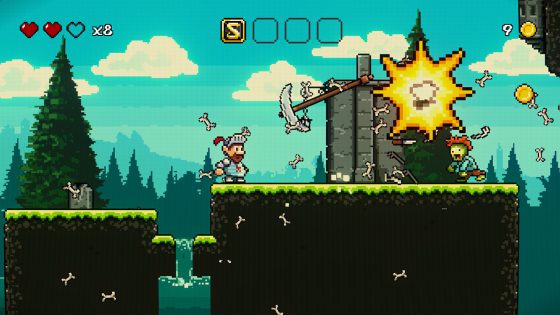 Players can team up with up to three other friends either locally or online to fight towering Big Bosses, using skills and powerful Soultimate Moves. While previous YO-KAI WATCH games focused on turn-based battles, YO-KAI WATCH BLASTERS drops you into real-time skirmishes, in the first ever action RPG for the series.