Itâ€™s very much a case of â€˜no gamer left behindâ€™ as this weekâ€™s trio of big-name releases â€“ Dead Cells, Overcooked 2 and Flipping Death â€“ all hit the Switch in addition to other formats. There are few surprises and belated conversions to boot, too.

For those who havenâ€™t been keeping tabs on the weekâ€™s releases, Dead Cells (Â£22.49) combines Metroidvania platforming and exploration with a few Dark Souls-like sensibilities. Itâ€™s fast-paced, addictive, and impeccably designed. Weâ€™re aiming to have a review ready soon.

Overcooked 2 (Â£19.99) meanwhile improves on the original in all the right ways, adding a new â€˜throwâ€™ ability and brunch â€“ sorry, bunch – of refinements. As for Flipping Death (Â£17.99), itâ€™s the eagerly awaited follow up to Stick to the Man, retaining the warped humour and abstract visual style. Scores for all three of these titles have been as high as 9/10, with Dead Cells in particular causing quite a stir. 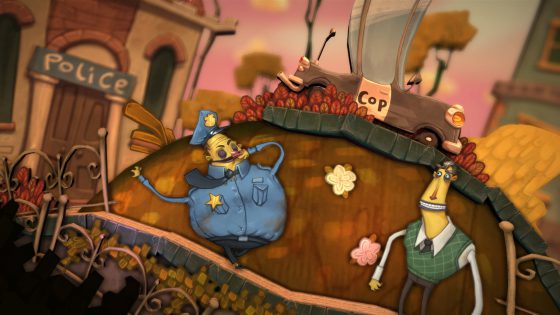 If that wasnâ€™t enough, ÅŒKAMI HD (Â£15.99) is out now as well. It may be 12 years old, but it hasnâ€™t aged a bit. The Metacritic currently stands at 89% with not a single review below 8/10. â€œStill one of the most beautiful video games ever created, not to mention the best Zelda game that never was,â€ is The Metroâ€™s verdict.

Minit (Â£8.99) is also well worth your time, gaining almost universal praise when hit the likes of PS4 and Xbox One a few months ago. Itâ€™s a monochrome adventure played sixty seconds at a time, similar to the cult RPG Half-Minute Hero. Destructoid awarded it top marks (10/10) upon release.

Then we have Toby: The Secret Mine (Â£7.99) and In Between (Â£9.99), two titles we reviewed ourselves. Toby is a decent enough Limbo alike with a similar visual style, which we described as being â€˜short but sweetâ€™ due to the fleeting 2-hour runtime. In Between couldnâ€™t be any more different, being a physics-based puzzler with a sad story to tell. Itâ€™s challenging, but all for the right reasons. 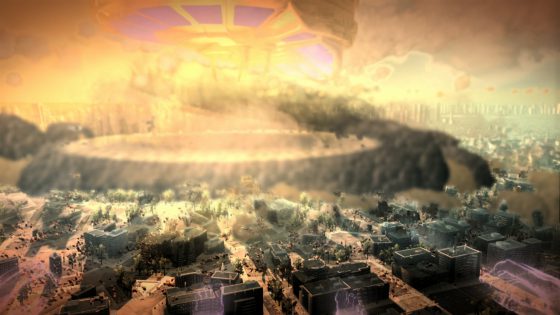 Hereâ€™s a rundown of the other new releases hitting the Switch this week, including BlobCat â€“ which sounds uncannily similar to SEGAâ€™s ChuChu Rocket â€“ and Megaton Rainfall, a first-person superhero sim developed by a one-man studio.

ACA NEOGEO METAL SLUG 4 – Â£6.29
METAL SLUG 4 is an action shooting game released by SNK in 2002 and it marks as the fifth title in the METAL SLUG series. In addition to Marco and Fio, the brand new characters, Trevor and Nadia have joined the battle! Use the new items effectively and get the highest score with the new Metallish System!

Arcade Archives Kid’s Horehore Daisakusen – Â£6.29
‘Kid’s Horehore Daisakusen’ is an action game that was released from Nichibutsu in 1987. Kid, who has been drawn into the space-time labyrinth from the 23 century, fights to escape from a large track of the enemy in order to return to the present day. Players defeat enemies with dropping in holes with using items, to escape from the times, such as primitive times and the Edo era and contemporary.

Slam Land – Â£7.19
Select your fighter and punch, grab and DOUNK! your way through five modes, ten levels, and a surreal world overseen by a benevolent (?) giant whose only amusement in life is to witness sporting and majestic slams.

BlobCat – Â£8.99
In BlobCat it’s your job to protect the DiceMice! Place arrows and guide the Dicemice to the Micehole! But beware, the naive BlobCats are rolling around (not quite at the speed of sound)! Solve over 90 different levels spanning over 6 worlds, each with a unique gameplay twist!

Megaton Rainfall – Â£14.39
Megaton Rainfall is a first-person superhero game. A global alien invasion is taking place and you must face it â€“ alone. Chase massive destruction devices at supersonic speeds around an Earth that’s as large as the real thing and populated with semi-procedurally generated cities.

Shut Eye – Â£3.59
Play as a young child, who is away from her parents. The girl has suffered from anxiety most of her life, which lead to confusion and an exuberant imagination. When the lights go out, and the moon comes out, it’s when the story begins.

The Amazing Shinsengumi: Heroes in Love – Â£10.79
A romance game where you fall in love with members of the famed Shinsengumi. Okita Soji, Saito Hajime, Nagakura Shinpachi, Harada Sanosuke, Todo Heisuke… Which of the rough and passionate Shinsengumi members will you fall for? Featuring character designs by popular artist for women’s media, Nagaoka.

Unexplored – Â£12.14
Descend into the depths of the Dungeon of Doom and complete your quest: steal the Amulet of Yendor from the fearsome dragon and make it out alive. Unexplored is the roguelite that feels like a roguelike. An accessible yet challenging action RPG that has won praise for its revolutionary level generation tech.

Nightmares from the Deep 2: The Siren`s Call – Â£12.14
When Sarah Black, curator at the Caribbean Naval Museum, receives a package from a mysterious messenger, she is unwittingly drawn into an ancient conflict.

TETRA’s Escape
Blocks named Tetras and it is down to the players to all that they can, to save them and make the most out of their special ability. Via the means of shape-shifting, Tetras can turn into different Tetrominos and used to fill holes and master puzzles, in an attempt to reach the portal on the other side of the level