Sometimes You operates differently to most publishers, sniffing out PC indie titles from small teams and bringing them to console. These games tend to be low budget, often made by just a few people.

While the titles they handpick tend to suit the console market, mostly being 2D platformers, they havenâ€™t had much success yet. Critical success, at least. State of Anarchy: Master of Mayhem (Â£7.19) is their latest endeavour, being a top-down twin-stick shooter with a sketchbook art style.

We took the Xbox One version for a quick spin earlier this week, and while we werenâ€™t blown away, itâ€™s still a decent enough shooter. Thereâ€™s a nice sense of progression, with upgrades and new weapons unlocked regularly, and the missions are pleasingly brief. 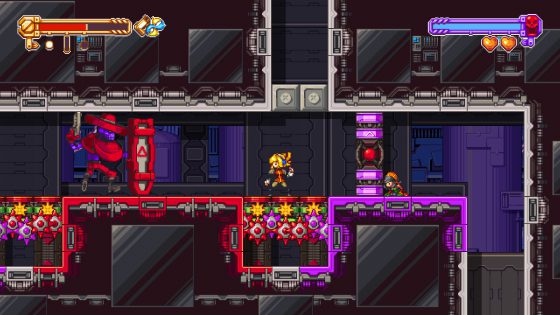 Iconoclasts (Â£17.99) has a retro twist too, being a 16-bit style Metroidvania with impressive animation and memorable boss battles. Nintendo Life dished out 9/10 earlier today. â€œIt may have been eight years in the making, but this one has certainly been worth the wait; donâ€™t miss out on this one,â€ was their conclusion.

Then we have THQâ€™s Titan Quest (Â£35.99), a remaster of a cult PC RPG dating back to 2006. Like the PS4/XO versions from a few months ago, critics werenâ€™t left too impressed â€“ itâ€™s definitely showing its age.

Code of Princess EX (Â£35.99) isnâ€™t an entirely new game either, being an enhanced version of a minor 3DS hit. Itâ€™s a hack and slash beatâ€™em up often referred to as a spiritual successor to Guardian Heroes. In fact, the back of the box even makes a sneaky reference to Treasureâ€™s Saturn classic. 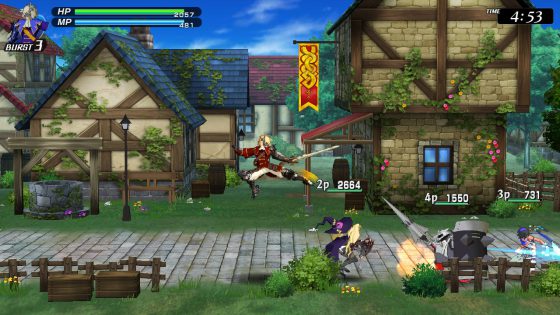 Salt and Sanctuary (Â£13.59) â€“ from the creators of The Dishwasher: Vampire Smile and Charlie Murder â€“ offers gameplay mechanics similar to the Dark Souls, albeit featuring action viewed from a side-on perspective. It was a surprise hit on PS4, and all signs point to this Switch conversion becoming another success story.

As for titles fresh and new, 1979 Revolution: Black Friday (Â£10.79) is out today and seems to be going down well, being an interactive drama based on true events. While critics did experience some technical issues, it was generally praised for its storytelling.

Hereâ€™s a rundown of the weekâ€™s remaining eShop releases, including one for Wii U. Yes, really.

ACA NEOGEO PREHISTORIC ISLE 2 – Â£6.29
“PREHISTORIC ISLE 2” is a shooting game released by SNK in 1999. Various types of dinosaurs which are large, small, or even those with wings have emerged! Your mission is to eliminate these primeval beasts from the city. Help all the trapped citizens escape! Enjoy a variety of stages and colorful settings!

NOT A HERO: SUPER SNAZZY EDITION – Â£11.69
Use reasonable force unreasonably in a dynamic mix of run-and-gun gameplay and cover-based shootouts. The intuitive quick-snap cover system lets you slide, roll, and dive into cover, dodging enemy fire before fighting back with tackles, executions, and 100s of bullets.

Eekeemoo – Splinters of the Dark Shard – Â£4.99
In this awesome third person adventure game you will help Eekeemoo rescue his friends from the clutches of the evil Dark Shard! Your quest will take you deep into the Dark Shard’s four corrupted splinter worlds.

Guns, Gore and Cannoli 2 – Â£11.69
Welcome to the 1940s. Europe is being torn apart by the war, the USA is preparing for battle and the mob does business as usual. Only this time they went too far, even for Vinnieâ€™s standards. Prepare yourself to go to war after you make a shocking discovery about what actually happened during the end-stage of the Thugtown Massacre from Guns, Gore & Cannoli 1.

KenshÅ – Â£14.99
Match blocks and overcome challenges in this addictive puzzle with rich visual effects that unfolds a narrative through breathtaking places including lush jungles and stormy seas.

Cycle 28 – Â£4.99
Cycle 28 is a space shooter in the classic arcade style that keeps you pushing for a high score. The controls are simple. The action is fast-paced. Intense dogfights lead to epic, screen-filling bosses.

Crush Your Enemies! – Â£7.19
Crush Your Enemies has everything you like in strategy games: planning, choosing different types of units, managing resources, taking enemy territory and outwitting your opponents with the ingenious formations of your men. Only this strategic goodness is packed into a tight and intense experience you can enjoy no matter how little time you have.

Flat Heroes – Â£8.99
With a simple set of movements â€” Run. Jump. Dash. Attack. â€” and delightful controls, Flat Heroes encourages you to stylishly navigate and survive over 300 handcrafted levels, destroy the most epic bosses around and truly be the two-dimensional hero (or heroes!) youâ€™ve always dreamed you could be.

Road To Ballhalla – Â£13.49
Follow the beat to overcome deadly hazards in sync with the music. Style your balls and marble at awful puns in the roll playing game of the year!

PICROSS S2 – Â£8.09
A new mode has been added to Picross S Series! Collect the puzzle pieces, solve them, and put them together to complete a story!

Pixel Action Heroes – Â£4.49
Play as an iconic physics-based action hero from the movies in fully destructible block building world. Become an FPS level designer! Create your own maps, customize skins and share with friends, let them try it out, and get their feedback.

The Inner World – Â£9.99
Embark on a crazy adventure to the wonderful and mysterious world of â€œAsposiaâ€.

The Inner World – The Last Wind Monk – Â£11.99
Solve mind-bending puzzles in a world full of mystery and save the family of the flute-noses!

GREEN – Â£2.69
Create a block yourself and use it to clear the stage in this side-scrolling 2D puzzle action game. Clear all 50 stages and save the lover ‘s pink.

Catch ‘Em! Goldfish Scooping – Â£6.29
In addition to scooping goldfish for points, you can use items to your advantage and to mess with your opponents! Make this fun goldfish scooping party game your new tradition! Have fun playing alone with missions and score challenges.

My Riding Stables â€“ Life with Horses – Â£26.99
Make your dreams come true on the stud farm near the old mill: renovate your own riding school, look after your horses and tend the cute little foals. As well as wonderful rides, working in the stables and caring for the horses, youâ€™ll have plenty of other exciting things to do!

Forest Escape – 99p
Run, run away. You have to escape from this dangerous, terrible forest. Danger breathes on your back and it’s gaining speed, it will soon catch you up, so run faster. Just don’t hit the tree!

Next week: ÅŒKAMI HD, Overcooked! 2, In Between, Super Blackjack Battle 2 Turbo Edition – The Card Warriors, Toby: The Secret Mine, and Unexplored.