Itâ€™s one of those rare weeks where thereâ€™s no easily identifiable major new release. In fact, by our reckoning, thereâ€™s just one new release heading to retail â€“ THQâ€™s belated Titan Quest on Switch, a remastered of a cult PC RPG thatâ€™s knocking on 12 years old. 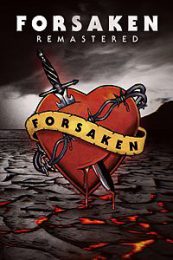 Over on both PS4 and Xbox One thereâ€™s 1979 Revolution: Black Friday, a narrative adventure covering a world-changing historical event. Despite a few technical issues, itâ€™s worth investigating. You’ll find review scores below.

Castaway Paradise is another multi-format release defying expectations. On first glance, it resembles a low budget mobile title. The reality? Itâ€™s a decent enough alternative to Animal Crossing and Stardew Valley, stuffed to the brim with stuff to see and do, and a slight addictive streak.

Then on Xbox One only thereâ€™s the cheapy cheap (Â£4) FMV adventure #WarGames, based on the 1983 movie of the same name. Sadly, the price does reflect the quality â€“ itâ€™s a very simple affair, with stories simply altering based on how long you watch certain camera feeds. Think along the lines of Night Trap on Mega CD.

Thatâ€™s joined by a surprise remaster of Acclaimâ€™s tunnel shooter Forsaken. The jury is still out on how well it has stood the test of time. The studioâ€™s re-releases of Turok 1 and 2 had notable effort put into them, so weâ€™re hopeful similar magic has been worked here.

Gene Rain appears to be one to avoid, meanwhile â€“ scores for this third-person shooter are as low as 3/10, with Xbox Tavern comparing the game’s voice acting to the original Resident Evil. Wow. 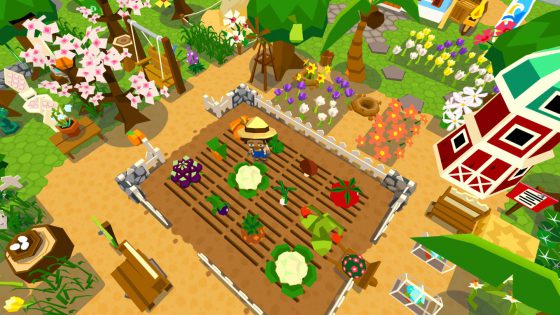 Reviews:
8.5 â€“ PSU: â€œA charming and quirky simulation game in the spirit of Animal Crossing. Castaway Paradise is the virtual vacation that will end the summer gaming droughtâ€

7/10 â€“ Push Square: â€œCastaway Paradise is one of PS4’s more pleasant experiences, offering a tropical vacation that’ll keep you busy for hours on end. Although the game’s addictive qualities do wane over time, the process of steadily expanding and improving your island is both relaxing and satisfyingâ€

6.5 â€“ PlayStation Lifestyle: â€œWhile itâ€™s nowhere near as in-depth as Stardew Valley or Animal Crossing, it is still a very relaxing and entertaining little adventureâ€ 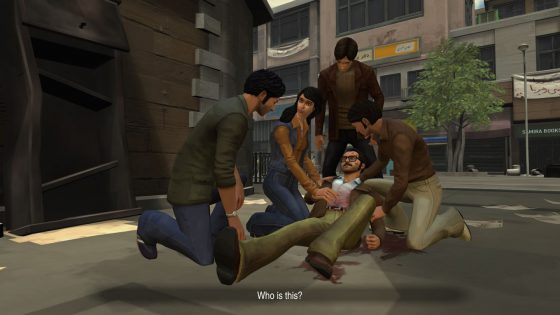 Reviews:
8.5 â€“ PSU: â€œA brave and inspiring work that provides an evocative window into a world-shaping historical event, what 1979 Revolution: Black Friday lacks in audiovisual presentation it more than makes up for with sheer guts, heart and that most rarest of things – a soulâ€

7.5 â€“ DualShockers: â€œDespite clunky mechanics and sometimes awkward visuals, the title goes above and beyond regarding storytelling by incorporating real-life pieces of media, making a nuanced and varied story out of literal history that most people know nothing aboutâ€

3.5/5 â€“ Game Revolution: â€œ1979 Revolution: Black Friday is a great first entry by developer iNK Stories. Technical hiccups and a few narrative shortcomings hold it back a bit but its honest look at the Iranian Revolution is unflinching, educational, engrossing, and hopefully inspirational for those trying to make games capable of enabling cultural empathy in its playersâ€ 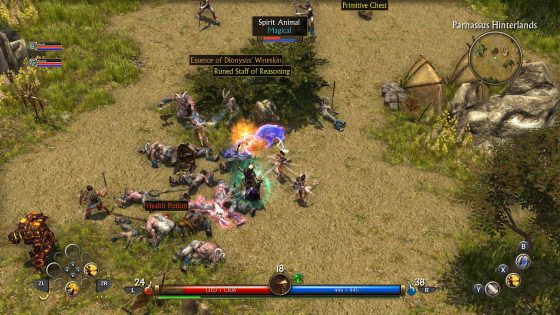 Reviews:
75/100 â€“ Gaming Trend: â€œTitan Quest is fun enough on its own, but playing multiplayer with a friend adds another layer of entertainment to the game. That being said, Titan Quest on Nintendo Switch is well worth your time if you can overlook its occasional graphical issuesâ€

7/10 â€“ Nintendo Life: â€œDisappointing visual glitches and the occasional crash give the impression that everything is held together with nothing more than sticky tape and a prayer, but it was never enough to stop us playingâ€

2/5 â€“ Trusted Review: â€œUltimately, this is a 12-year-old game, and no amount of spit and polish can overcome the dated mechanics and repetitive combat that lies at its coreâ€

State of Anarchy: Master of Mayhem
Road to Ballhalla
The Sims 4 Cats & Dogs