Bandai Namcoâ€™s Go Vacation (Â£39.99) seems the perfect way to distract yourself from the sunâ€™s blazing heat, set in a paradise resort with sandy beaches, calm seas, and whatnot. For added realism why not play while splashing your feet in a washing bowl full of water?

Itâ€™s a Wii conversion we didnâ€™t expect to see on Switch, fast approaching its seventh anniversary. With the gameâ€™s age in mind, it comes as no surprise to find that it doesnâ€™t fare quite as well as most Wii U to Switch conversions. Scores for the mini-game package so far are a mixture of 5s, 6s and 7s, with many critics claiming that itâ€™s decent enough for younger gamers, but it hasnâ€™t aged particularly well and there are a few JoyCon control issues. One for the casual market, perhaps.

Other big-name titles gracing the Switch include the strategic adventure The Banner Saga 3 (Â£22.49), which reportedly sees the series end on high note, and the eight-game-strong Mega Man X Legacy Collection 1 & 2. 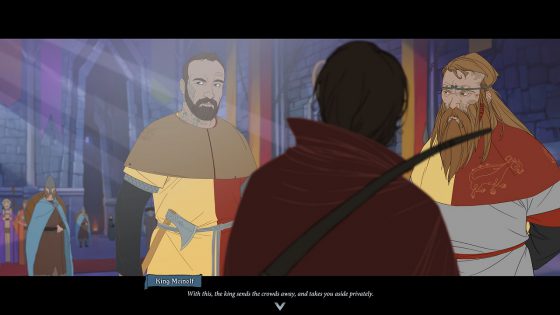 Reviews of The Banner Saga 3 went live earlier today. â€œWith multiple endings that your actions can steer your adventure towards, it delivers a thunderous conclusion to what, on the whole, has been a phenomenal trilogy,â€ said Nintendo Insider. As for Mega Man Legacy reviews, theyâ€™re mostly clocking in at 8/10. A few games in the package havenâ€™t held up well, but critics agreed it was still great to see them all bundled together for the first time ever.

2D puzzle/platformer Candle: The Power Of The Flame is going down reasonably well too, gaining a respectable 7/10 from Nintendo Life. â€œThe title may well be home to some clunky controls and ferocious difficulty spikes from the moment you take control of Teku, but the immense sense of achievement married with what feels more like a piece of art than a video more than makes up for its shortfalls,â€ was their conclusion. 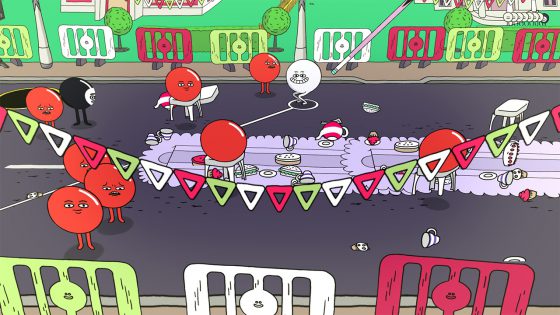 After hitting the US eShop last week, Adult Swimâ€™s Pool Panic (Â£10.99) should also be with us finally. This one has generated a bit of a buzz, putting a spin on the pool genre by turning swamps, jungles, deserts and cities into living, fully animated, pool tables.

GameSpace called it â€œa mash-up of the Mr. Men, Cuphead, and Rick & Mortyâ€ before awarding it a 7.8.

The 3DS isnâ€™t without a new release either, with WarioWare Gold making its arrival. The lack of reviews is slightly concerning, but weâ€™d wager that weâ€™re in safe â€“ if overfamiliar â€“ territory, this being a â€˜greatest hitsâ€™ package and all.

Here’s the rest of this week’s Switch releases, along with a round-up of summer discount bargains.

Zaccaria Pinball – Â£0.00
Time Machine and Time Machine Retro table is playable totally free. All other pinball tables are in trial mode that means there is a score limit.

Semblance – Â£8.99
Semblance is a innovative platformer with deformable terrain, set in a beautiful minimalist world. Itâ€™s a game that asks, what if you could deform and reshape the world itself? Semblance takes the idea of a â€˜platformâ€™ in a platformer and turns it on itâ€™s head. What if platforms were actually part of the gameplay, part of the way you solved problems?

Chicken Assassin: Reloaded – Â£5.99
Chicken Assassin is a fast paced action-RPG with an outrageous storyline filled with over-the-top humor that boasts a myriad of colorful enemies and visually stunning levels and environments.

NoReload Heroes – Â£8.99
NoReload Heroes is a chaotic co-op party shooter for up to four people*. You play as a team, fighting your way through randomly generated rooms filled with various types of enemies, picking up insane magitech guns on the way. Shooting stuff up is simple and hilarious, but only the best of teams can make it all the way back to the evil they’ve created.

Candle: The Power of the Flame – Â£14.99
Candle is an adventure with challenging puzzles. Play as Teku, a young novice on a dangerous journey to rescue his tribe’s shaman from the evil tribe of the Wakcha. But the way is littered with sinister traps and difficult obstacles.

Piczle Lines DX 500 More Puzzles! – Â£8.99
Draw lines to connect pairs of numbers to complete a hidden picture in this feverishly addictive PICture puzZLE game! Connect numbers of the same colour, using the same number of blocks as the number! Easy controls let you draw line after line as you gradually reveal the picture! Once you start you’ll be hooked!

Dawn of the Breakers – Â£0.00
Defeat the impending menace, the mysterious Ghouls! Utilize new abilities with each transformation of your Heroes! Discover the fate that awaits a young man afflicted with amnesia… Embark on an unpredictable journey in the fully realized Story Mode! Play with friends in co-op, or compete against them for glory in the Arena*! Form a team with 6 Heroes**, and terminate the Ghoul threat with explosive techniques!

Crossing Souls – Â£13.49
Itâ€™s 1986 in California. A group of friends discover a mysterious pink stone that allows to travel between two realms. This gang will live the summer of their lives in an adventure that will get them involved in a government conspiracy. Control five kids with special skills while fighting and solving puzzles in order to save their families and the world.

Spheroids – Â£6.99
Throughout Spheroids’ 32 levels, youâ€™ll encounter many different environments, with multiple hazards to avoid and enemies to destroy. Items such as the â€œModified Drilling Hookâ€ Otto lends Lucas will help you traverse the environment with ease, with many more to find throughout.

Final Light, The Prison – Â£6.29
A style of Metroidvania gameplay and a Rogue-like philosophy.

Paladins – Â£0.00
Join 25+ million players in Paladins, the free-to-play* fantasy team-based** shooter sensation. Wield guns and magic as a legendary Champion of the Realm, customizing your core set of abilities to play exactly how you want to play. 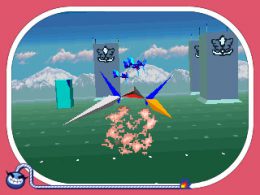 WarioWare Gold – Â£34.99
Join Wario and a colourful cast of series favourites in WarioWare Gold, only for Nintendo 3DS family systems. Wheelinâ€™ â€˜nâ€™ dealinâ€™ in denim, Warioâ€™s back and better than ever in 300 microgames, where touching, twisting, and mashing your way to victory is the key to microgame mastery!