This four-player co-op shooter is the gaming equivalent of store brand Coca-Cola. The creators have tried to replicate a highly successful formula â€“ in this case, Valveâ€™s classic Left 4 Dead series â€“ but when it comes to sampling its delights, those accustomed to the real-deal will instantly notice something a little off.

Perhaps â€˜store brand Coca-Cola with a twist of lemonâ€™ would be a more fitting analogy, as developer Holospark has put their own sci-fi spin on things. Instead of hordes of festering undead, the four â€˜everyday Americanâ€™ survivors â€“ which include a bearded chap in a plaid shirt, and a hooded teenage stoner â€“ are up against an alien onslaught.

The bipedal beige-skinned scourge behaves in a similar way to Valveâ€™s dearly deceased, often found wandering aimlessly and occasionally taking a few seconds to react to your presence. Theyâ€™re also keen on surrounding the survivors when aggravated, especially on harder difficulty settings. A forceful shove gives breathing space, but only temporarily. Dillydally in one area for too long and the alien hordes will soon catch up, tearing down doors and haphazardly descending from high ledges and skylight windows, familiar incidental music and all. 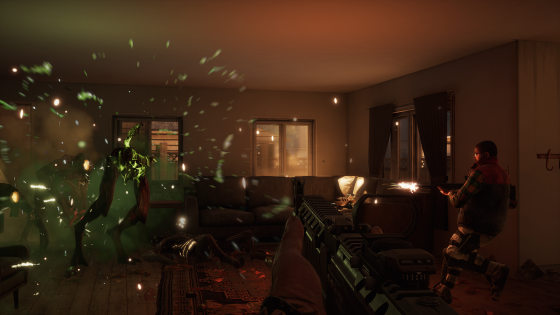 Even Valveâ€™s â€˜special infectedâ€™ have been replicated with an off-world spin. The â€˜Whiplashâ€™ â€“ which vaguely resembles a small giraffe â€“ will carry off any stragglers, and thereâ€™s the usual assortment of toxic goo spewing spitters, exploding bloaters, and crowd rallying enragers. The tank-like alien has seemingly escaped from Turtle Rockâ€™s uber-flop Evolve, meanwhile, able to breathe fire. Indeed, the alien armyâ€™s design is hardly inspired, resembling the rogueâ€™s gallery in a straight to DVD sci-fi movie. The â€˜Blackoutâ€™ â€“ a ferocious cyclone of spindly tentacles â€“ is about as creative as it gets.

The sci-fi twist does fortunately lead to a few unique ideas, albeit literally just a few. The â€˜arc grenadeâ€™ is a nifty gizmo, electrocuting any aliens that step into the blast, while the colossal â€˜Valkyrieâ€™ rifle instantly turns the opposition into dust. Thereâ€™s also a bigger emphasis on fortifying locations than L4D, with self-erecting barricades â€“ which handily â€˜snapâ€™ to fit doorways â€“ and both mounted and auto turrets commonly found in areas where holdouts take place. 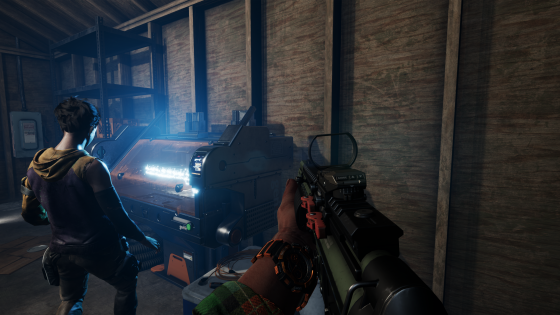 Sadly, Earthfallâ€™s most promising sounding feature is also its most disappointing â€“ futuristic 3D printers, able to produce weapons on demand, are nothing more than sci-fi treasure chests. With spare weapons bountiful, we rarely felt the need (or desire) to stop and use them. In fact, they simply appear to be present just so Holospark could add weapon crafting to Earthfallâ€™s feature list.

The â€˜off brand effectâ€™ rears its head elsewhere too. Chatter between teammates is almost constant – warning of incoming threats, pointing out any weapons or health packs in the vicinity, and making general observations â€“ but the dialogue isnâ€™t anywhere as witty or memorable. But even though the four playable characters are equally bland, the voice acting is, at least, commendable.

Level design is another high point. Ten stages set in rural America spread across two chapters. Waypoints and mission objectives are always clear â€“ save perhaps for when being tasked with finding ways into boarded-up facilities – and thereâ€™s a solid sense of progression and constancy. The first chapter commences with a routine supply run in a ramshackle country town, while the second chapter ends with the ragtag team deep in hostile territory. One of the smaller bite-sized missions takes place solely in a junkyard, setting up a perimeter in the garage while heading out to find vehicle parts, while another involves resorting power to a dam. So, so, many valves to turn. 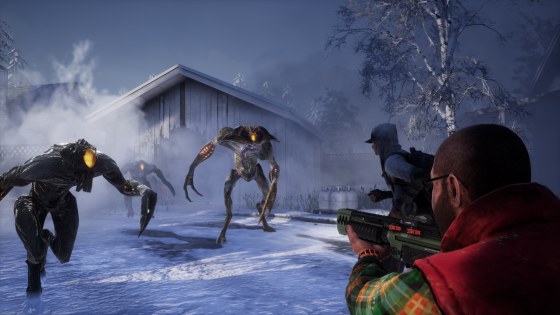 As was to be expected, the AI doesnâ€™t have the capacity to take the lead and complete objectives, merely following behind. Theyâ€™ll take down enemies with pinpoint accuracy while you carry fuel canisters and such to their destinations, and will also come to your aid if your health bar plunges into the red. This doesnâ€™t mean theyâ€™re entirely trustworthy, though â€“ if you arenâ€™t quick off the draw when entering a resistance storeroom, then they may pocket a weapon or two before you have the chance. The cheeky scamps.

Thereâ€™s plenty of potential for improvement for the weapons themselves. Except for the â€˜Vendettaâ€™ â€“ a pistol with a loud echoing chime â€“ the rest of the assortment feels a little light and flimsy. The sniper rifle, in particular, lacks weight and heft. The rate of fire is so rapid that it can be carried and used like an everyday assault rifle. On the flipside, the heavy machine-gun and flamethrower are fun to use, successfully giving the sensation of being temporarily invincible. 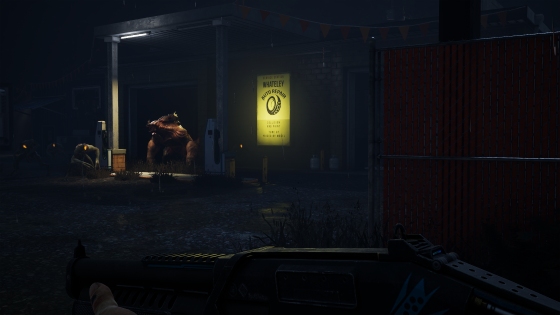 In its current form, itâ€™s very much befitting of its Â£25 price tag. Every element found here is functional but far from fancy, falling short of the bar Valve set long ago. This includes the overall presentation – the bold and brash HUD couldâ€™ve used refinement, occasionally obscuring the action, and for the most part it resembles a late last-gen release. Maybe early current-gen at a push.

Going back to the off-brand fizzy pop analogy for one last time, Earthfall isnâ€™t as sweet, nor as buzz-inducing as Left 4 Dead, but itâ€™ll quench your thirst for a while. Itâ€™s a palatable alternative.