Itâ€™s a corker of a week for the Switch eShop â€“ over 25 new releases, most of which appear to be worth a look. A rare case of quantity and quality, certainly. The majority look rather swish and stylish too, with Bomb Chickenâ€™s impressive 2D artwork, razor-sharp monochrome boxing sim Pato Box, and the smartly drawn management game Holy Potatoes! A Weapon Shop?! all standing out.

Octopath Traveler (Â£49.99) falls into this category as well, boasting classic Square-Enix pixel art placed on rich and detailed 3D environments. It has been said that this JRPG shouldnâ€™t launch at full price due to featuring simple 2D visuals. Critics beg to differ â€“ it currently has an impressive 84% Metacritic, incorporating top marks (5/5) from Digitally Downloaded, a lofty 9.3 from IGN, and an 8/10 from The Metro.

â€œA fantastic balancing act between old and new, creating a Japanese role-player thatâ€™s full of charm, innovative ideas, and clever nods to the past,â€ was The Metroâ€™s verdict. 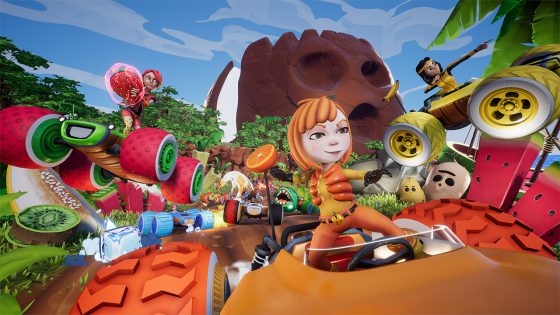 Wii U conversion Captain Toad: Treasure Tracker (Â£34.99) is another big-name release, hitting Switch and 3DS. Both versions are going down well. In fact, the 3DS version is yet to receive a score lower than 7/10.

All-Star Fruit Racing (Â£34.99) meanwhile has seemingly come out of nowhere, being a reasonably slick and polished kart racer. While reviews are far from glowing, theyâ€™re certainly positive enough to make it worth a look. Itâ€™s also hitting store shelves as a physical release, incidentally. The same goes for Hotel Transylvania 3: Monsters Overboard (Â£34.99), which weâ€™re going to assume isnâ€™t an all-time classic. Stick with the fun and colourful LEGO The Incredibles (Â£49.99) for movie tie-in thrills. 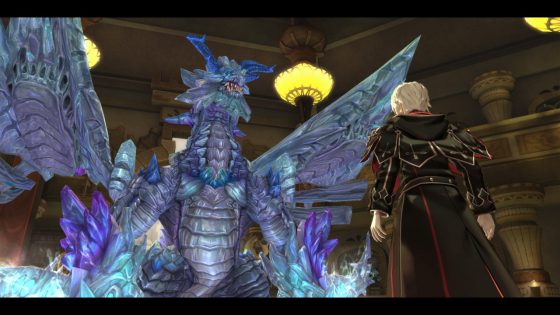 As for this weekâ€™s indies, strategic bombing sim Bomber Crew (Â£11.99) is worth investigating, as is the retro rogue-like platformer 20XX (Â£12.99). Heck, even this weekâ€™s NeoGeo release – ACA NEOGEO THE SUPER SPY â€“ has caught our eye, boasting some of the largest sprites of the era.

As mentioned, over 25 games hit the Switch this week. Time to round-up the rest… 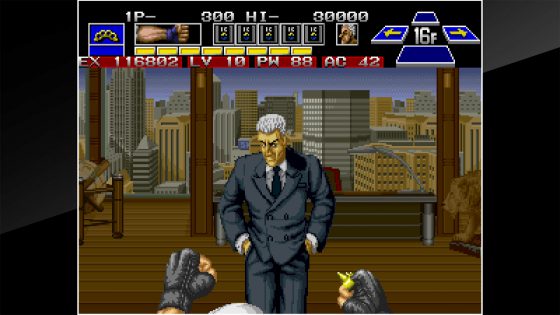 Hunting Simulator – Â£35.99
Developed using the Unreal 4 Engine, the game presents some of the most well-known hunting regions such as the mountains of Colorado, the oak forests of France, and the snowy plains of Alaska. Each hunting area is populated by numerous different and realistic looking animals, each possessing an authentic set of behaviours.

LEGO The Incredibles – Â£49.99
Experience the thrilling adventures of the Parr family as they conquer crime and family life through both Disney-Pixar films The Incredibles and Incredibles 2, in a LEGOÂ® world full of fun and humour.

ACA NEOGEO THE SUPER SPY – Â£6.29
Punch, kick, and use guns to fight off terrorists as you make your way through the building to rescue their captives. Defeating enemies earns experience, which can be used in a Role Playing Game-like feature to level up.

Another World – Â£8.99
Dive into an adventure game that has become a cult classic. With ground-breaking graphics and narrative for its time, Another World still offers a superb gaming experience in a deep and unique science-fiction universe. More than twenty-five years after its original release, Eric Chahi’s masterpiece is still considered a classic adventure game and continues to inspire the biggest names in video games.

Bomber Crew – Â£11.99
Bomber Crew is a World War 2 strategic bombing sim, where completing the objective is just as important as keeping your crew alive, as death is permanent!

Burnstar – Â£22.49
Burnstar is a challenging, fast paced action-puzzle game that will get your brain blistering and set your fingers aflame!

Darts Up – Â£2.69
Darts Up is a fun game of darts in which you will have complete control over aiming thanks to the motion sensor. You can play with your friends and family, up to a maximum of 4 players*.

Epic Loon – Â£13.49
Become the alien. Invade Joe’s prized film collection. Dodge his remote-controlled attacks as you destroy that which he most cherishes.

Fill-a-Pix: Phil’s Epic Adventure – Â£6.99
Fill-a-Pix is a new picture logic puzzle from the makers of Pic-a-Pix Deluxe, but with huge, scrollable puzzles up to 100 squares wide, you’ll reveal pictures much larger and more detailed than ever before!

Ghost 1.0 – Â£8.99
Ghost 1.0 is a metroidvania where two super hackers hire a mysterious agent in order to infiltrate the Nakamura Space Station and steal the greatest electronic secret ever. Of course, the space station will defend itself, which is where the fun begins: the station’s defences, with their never-ending arsenal of weapons and artifacts, will have to be destroyed. But the story gets more complicated when the hackers find out about their agent’s hidden ties…

Muddledash – Â£4.79
Squidge up to four players* on your couch for competitive fun (party hats are mandatory!) Join your friends on a mad-as-a-squid race to the most bopping octopus party of the year and wrestle the only present out of their wriggly tentacles. Be the first to present it at the octo-party to win!

Neverout – Â£6.99
Neverout is a mysterious puzzle game for Nintendo Switchâ„¢. It puts you in a small, claustrophobic room that only has one way out and its unique mechanics let every wall become the floor. Watch out for something heavy, getting electrocuted or giant spikes.

No Heroes Here – Â£13.99
NO HEROES HERE is a co-op game for one to four players*. Coordination and cooperation are your key weapons to success – everyone must play a role in the battles to come and work together as a team to protect the castles and Kingdom from imminent doom.

Pato Box – Â£13.49
Find the henchmen who took your dream away in an action-packed and fast-paced fights that will test you to the limit as a true boxing champion!

Red Hot Ricochet – Â£7.69
It’s high noon in this barren wasteland, and only one of you is making it out alive. Sure, you could try and shoot them right between the eyes – but where’s the fun in that? Red Hot Ricochet is an intense game of ricochet duels, and you’ll need wise shooting, lucky bounces, and a bit of triggernometry to win.

The Lion’s Song – Â£9.99
“The Lionâ€™s Song” is a narrative adventure game. It is steeped in early 20th century history and focuses on a cast of Austrian artists and scientists with each episode taking a closer look at their intimate struggles with creativity and inspiration. 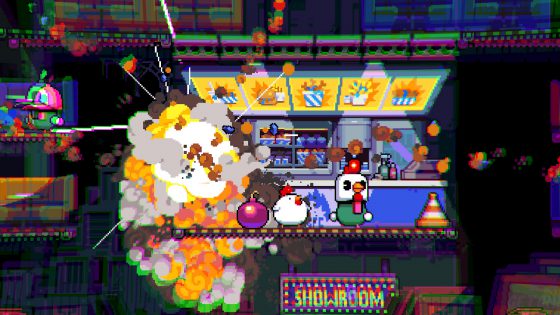