Pocket Rumble, a 2D fighter influenced by SNKâ€™s NeoGeo Pocket beatâ€™em ups, has been a long time coming. If memory serves, it was originally due not long after the Switch itself.

After one hefty delay (â€œtechnical kinksâ€ were to blame, apparently) itâ€™s finally out this week for a mere Â£6.99. The first review to surface suggests itâ€™s worth the wait. â€œThis is great for newcomers and veterans of retro fighters as this one is easy to learn and hard to masterâ€, said Nintendo World Report before dishing out an 8/10. They did however warn of online connection issues.

The colourful auto-runner/party game mash-up Runbow (Â£11.99) also makes a belated Switch appearance this week. As anybody who played the Wii U original will testify, itâ€™s a hoot with chums. 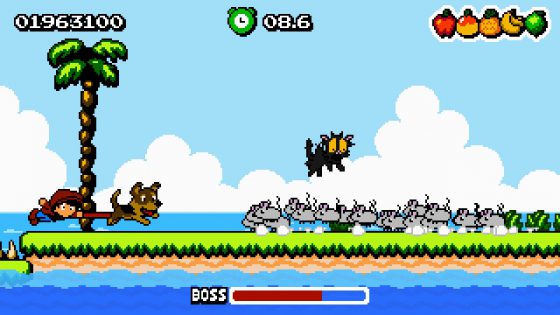 Physics-orientated shooter Kill The Bad Guy (Â£6.29) is another belated conversion. The idea is to cause accidents to kill the bad guys, requiring advance planning. The Xbox One version was panned for feeling like a bite-sized mobile game, so we get the impression itâ€™ll fare a little better on Switch.

As for new stuff, both retro throwback platformer Miles & Kilo (Â£7.19) â€“ from the creators of Kid Tripp â€“ and the colourful RTS Mushroom Wars 2 (Â£17.99) were highly rated by Nintendo Life.

â€œIt manages to be an equal parts casual and hardcore platform experience while incrementing on the already abundant charming appeal of the previous game with excellent humour,â€ was their verdict on Miles & Kilo. Mushroom Wars 2 meanwhile was called â€œA sumptuous feast in multiplayerâ€ and a â€œdeep and enjoyable real-time strategy experience.â€ 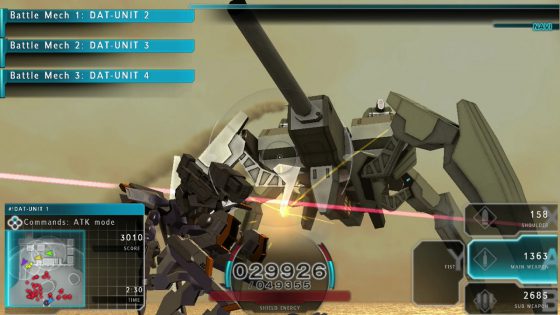 Hereâ€™s a round-up of the remaining eShop releases, including a demo of Wario Ware Gold on 3DS and ASSAULT GUNNERS HD EDITION on Switch â€“ a mech shooter generating a mild buzz.

SpiritSphere DX – Â£9.00
One part tennis, other part magical beat down! Play solo or compete with friends by battling across fantastical realms and unleash the power of the Spirit Spheres!

Voxel Shot for Nintendo Switch – Â£6.29
Voxel Shot is a simple pick up and play action game set in an adorably quirky world of toys where you and your friends beat up zombies (and each other!) using a variety of different weapons.

Awkward – Â£9.99
Awkward is the ultimate test on finding out how well friends, couples, and family know each other. Players are asked to answer increasingly uncomfortable questions in secret, while their companions try to guess the outcome.

Disease -Hidden Object– Â£6.29
This is a horror adventure game where the player go back and forth in between the real world and the hallucination world. The purpose of this game is to search items and collect scattered documents while solving mysteries and finding out the truth of the abolished hospital.

Squids Odyssey – Â£10.79
Squids Odyssey is not just about gorgeous cartoon art, jaunty music and humorous storytelling: the battles provide a deep challenge as strategy and skill are required to use the environment and the Squids’ strengths to lead your team to victory!

The Journey Down: Chapter Three – Â£17.99
In the final chapter of The Journey Down, Bwana, Kito and Lina explore the vast reaches of the Underland and unravel its long-forgotten history. Their adventure comes to a bombastic conclusion when they learn the true nature of the Great Asili tree and the Armando Power Company.

Ultra Space Battle Brawl – Â£11.99
Fight against your friends in a super-silly-yet-most-awesome-intergalactic-definitely-not-baseball-fight-ever! Sit next to your opponent in this couch party battle game* that will make your neighbor wish you were not there, or they were there with you making noise and have a really great time together.

Yuso – Â£5.99
Yuso is a puzzle game where you have to clear the screen of Yuso! The game gets harder as you progress, introducing new colours and gadgets to help or harm you along the way.

The Wardrobe – Â£13.49
The Wardrobe is a 2D point & click adventure game in which you play as Skinny, a teen-skeleton with an impertinent attitude and a sparkling wit, willing to do anything to save his best friendâ€™s soul from eternal damnation!

Rento Fortune Monolit – Â£8.99
Trade lands, build houses, win auctions, roll wheel of fortune and most importantly – have fun. Obtain monopoly over the game board and bankrupt the other players in order to win. 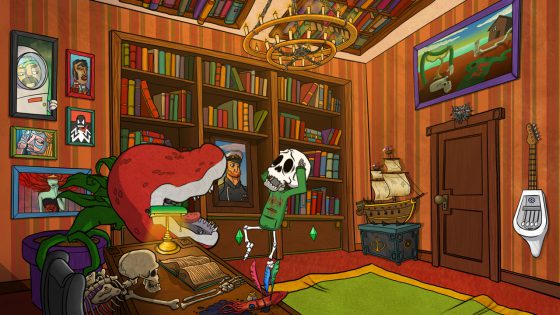 Thorium Wars: Attack of the Skyfighter – Â£6.29
Humanity thought that its victory in the war with the Thorions, a race of fearless war machines, would restore peace to the Earth. But a generation later, humanity’s worst fear is realized: the Thorions have returned seeking revenge, and aiming to wipe out the human race in a quest to dominate the galaxy.