The general consensus is that Guerrilla is more than deserving of a remaster, being a franchise high note and all, but itâ€™s hindered by technical issues. Both the PS4 and Xbox One versions are allegedly prone to crashing, and MP stats are being wiped for no apparent reason. Thankfully patch should these issues out. Until then, you might want to hold off until it arrives. 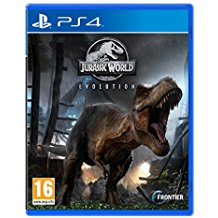 A retail release of Jurassic World Evolution and a belated conversion of BigBenâ€™s Hunting Simulator on Switch are the only two other physical release due this week. For those curious, reviews for Jurassic World were mostly positive, being a mixture of 7s and 8s.

Itâ€™s also a quiet week on the download services. PS4 and Switch owners can paint their consoles with a Runbow â€“ an auto-runner/party game hybrid which first hit the Wii U a long time ago. Weâ€™ve rounded up scores below.

Then we have The Walker and 18 Floors, two China-developed PSVR horror titles set in Asia. Outlook: cloudy. Incidentally, The Walker is due a budget-priced retail release at some point.

Over on Xbox One meanwhile thereâ€™s What the Box? â€“ an innovate online shooter in which players control â€œlivingâ€ cardboard boxes hiding amongst regular boxes â€“ and Asdivine Hearts, a mobile JRPG from Kemco thatâ€™s knocking on a bit.

Next week looks more appealing, with several big name titles due including Octopath Traveler, Captain Toad, and LEGO The Incredibles (which we reviewed last week). 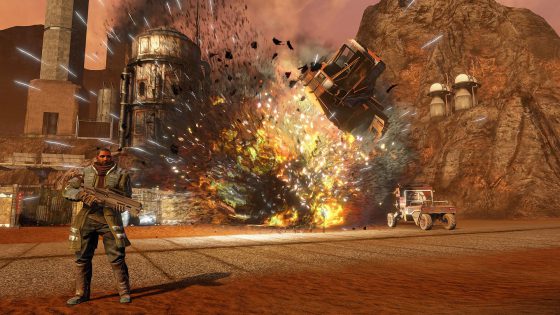 Reviews:
8.0 â€“ PlayStation Lifestyle: “Shedding the excessive complexities that accompany modern open-world games is a surprising breath of fresh, albeit dusty, air. Regardless of whether you are a red planet rookie or grizzled Martian veteran, you wonâ€™t want to miss the opportunity to revisit this explosive gem. It really brings the house down”

3/5 â€“ US Gamer: “Unfortunately, the bad stuff still remains: shooting and driving feel floaty, enemy response is tuned too high, and there are a number of glitches present. As such, the remaster merely brings a great game into the modern age, without the improvements that would mark a better re-release”

5/10 â€“ Destructoid: “In all good faith, I canâ€™t recommend you rush out and grab this immediately with how shoddy the performance can be. It would be one thing to deal with a crummy framerate, but having the game crash as often as it did is no good. I want to destroy buildings, not sit through boring-ass dialogue, have my game crash and then sit through that chatter again” 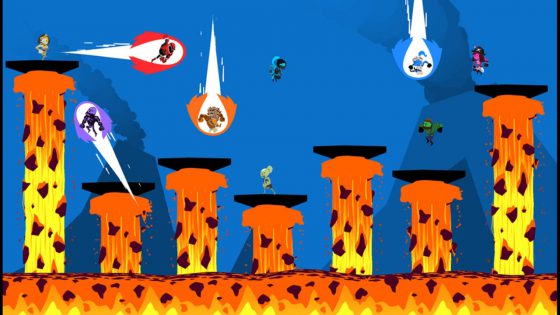 Reviews:
9/10 â€“ Nintendo Enthusiast: “If youâ€™re a fan of party games or unique platforming, Runbow is a must-have title in your game library”

8/10 â€“ Nintendo Life: “The gameplay is great fun, the presentation is to die for, and unlocking Nindie heroes through a really nicely put together adventure mode is the icing on the cake”

7.5 â€“ PlayStation Lifestyle: “Runbow mixes the chaos of party games, with the urgency of racing games, with the patient precision of platformers to create one unique experience”

What the Box?
Gnomes Garden 3: The Thief of Castles
Wheelspin Frenzy
Asdivine Hearts