Fearing the World Cup would harm ticket sale, Marvel chose to delay Ant-Man and the Wasp in the UK. It appears video game publishers haven’t decided to tinker with their release schedules, as once again, itâ€™s another busy week for the Switch eShop.

Wolfenstein II: The New Colossus (Â£49.99) and Crash Bandicoot N. Sane Trilogy (Â£34.99) lead the way. Reviews of both are starting to surface and are mostly positive.

â€œWolfenstein II: The New Colossus is another admirable Switch port from Panic Button, which preserves the slick gunplay and hard-hitting story of the original,â€ said Pocket Gamer, while casually warning that itâ€™s not the best way to experience Wolfy II. Some compromises were, sadly, unavoidable. 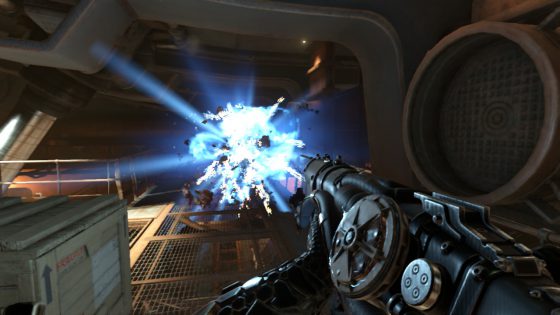 God is a Geek handed Crash Bandicoot a 7/10 â€“ complaining that the visuals are â€œa bit too softâ€ â€“ while Critical Hit felt it was worthy of an 8.5. â€œIf you donâ€™t mind the lower resolution and slightly less crisp visuals, then the Switch version is incredibly easy to recommend, especially as it gains portability,â€ they said.

Indie darlings LIMBO (Â£8.99) and INSIDE (Â£17.99) arenâ€™t in need of an introduction either. The humble Switch is the 11th format LIMBO has graced, in fact. Both come recommended.

Despite appearing on PC a while ago, Figment (Â£17.99) – a puzzler thatâ€™s as creative as it attractive – may be new to you. Itâ€™s going down well with critics, gaining a lofty 9/10 from God is a Geek and an 8/10 from GameSpew. â€œFigment isnâ€™t very long â€“ it took me perhaps three or four hours to reach the end â€“ but for every moment, it kept me fixated and enchanted,â€ was GSâ€™s verdict. 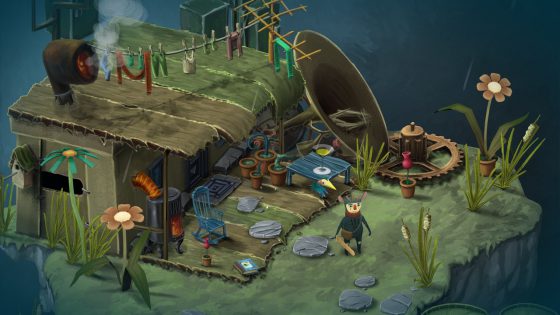 Paranautical Activity (Â£7.19) also rears its ugly head again this week. This rogue-lite FPS is one to avoid, sadly. The Wii U and Xbox One versions received a bit of a kicking upon release â€“ the blocky aesthetic is unappealing, and itâ€™s too unforgiving to hold your attention for long.

Even though itâ€™s knocking on a bit, de Blob (Â£26.99) gains a new lease of life on Switch. Nintendo Life awarded it an 8/10 earlier today. â€œIt may well be almost ten years old, but de Blob is still a very welcome addition to the Switchâ€™s library,â€ they said. 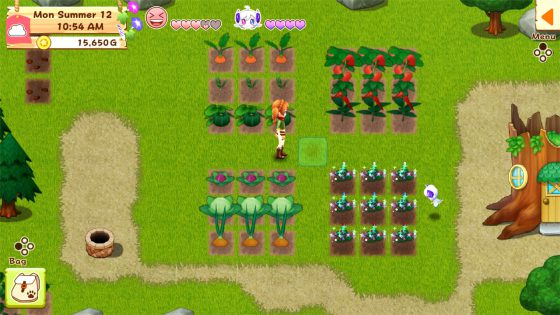 Hereâ€™s the remaining eShop happenings, including Sanrio characters Picross on 3DS â€“ something thatâ€™ll no doubt make more than a few gamers very happy indeed – plus a new Harvest Moon, and the return of Renegade.

Grave Danger – Â£17.99
This is the Ultimate Edition of Grave Danger. It includes 10 new levels, a UI overhaul, an expanded story, and many new gameplay features.

MotoGP 18 – Â£49.99
Race with all the riders of the MotoGPâ„¢ on 19 official tracks, including the new Buriram International Circuit in Thailand and enjoy an even more immersive experience thanks to new features.

Ys VIII: Lacrimosa of DANA – Â£49.99
When his ship sank, the adventurer Adol drifted to a deserted island inhabited by vicious creatures that have evolved in many different ways. To survive, Adol must gather the survivors and build a base. As his adventure progresses, so too will his base.

Angels of Death – Â£11.29
A dark promise deepens the peculiar bond between two reluctant partners. Where is this place in which theyâ€™ve found themselves trapped? Why have they been imprisoned here? What does fate have in store for them? Thus begins a dangerous and terrifying escape mission from a mysterious sealed building!

Arcade Archives Renegade – Â£6.29
Renegade is an action game that was released by Tecnos Japan in 1986. In Renegade, players control a vigilante (named Mr. K), who fights a variety of street gangs on his way to save his girlfriend.

Cubikolor – Â£7.20
Move your Kube by matching the kolors of the sides and the platform to complete each level.

Fossil Hunters – Â£13.49
You are an adventuring Fossil Hunter who has traveled to a remote, mysterious dig site to discover the most incredible fossils the world has ever seen! Discover and assemble your own fossil creations and avoid cave-ins, monsters, and traps while you explore exciting underground environments. Find secrets, treasure and more as you uncover clues to the whereabouts of the fossil hunters who came before you.

Survive! MR.CUBE – Â£13.49
“Survive! Mr. Cube” is an rogue-lite action game with the story of a man called “Mr. Cube” who has to escape from an unknown world in order to get his life back. In this randomly generated environment, you will have to survive using unique and unusual Cube characters and numerous weapons.

The Journey Down: Chapter Two – Â£17.99
Far below the noisy metropolis of St. Armando, Bwana follows in the footsteps of his lost father together with Kito and Lina. In their search for the mysterious Underland, they discover a dark conspiracy shrouding the fate of Captain Kaonandodo.

Sanrio characters Picross – Â£6.50
Solve Picross puzzles to unveil pictures and get cute stickers to decorate your screen with!

I.F.O – Â£3.59 (New 3DS only)
I.F.O is an old school LCD-style shoot’em up game. Shoot down UFOs using a classic style aircraft and save the abducted animals from the aliens. Save the Earth from the Aliens! You’re the world’s last hope.