The Switch paves the way for new releases, all thanks to Mario Tennis Acesâ€™ arrival â€“ easily the biggest release of the week. In short: itâ€™s the game that Mario Tennis on Wii U should have been. It could even be seen as an apology for that half-baked effort.

The rest of this weekâ€™s new releases strike us as a peculiar bunch. JRPG The Lost Child hits the PS4, Switch and PS Vita, gaining mixed reviews due to borrowing too many ideas from similar games. BlazBlue: Cross Tag Battle meanwhile finally finds its way to the UK. It didnâ€™t gain the most positive reception from fans when it was first announced, due to being DLC orientated, but critical reviews are positively glowing. 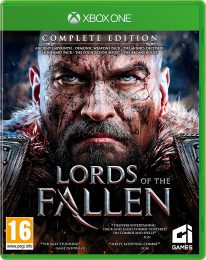 Weâ€™ve also rounded up reviews of Ys VIII: Lacrimosa of Dana on Switch, despite launch day still being a week off. Consider it an early heads up.

On the download services Grab the Bottle is now within reach. Itâ€™s a physics-based puzzler priced at an alluring Â£3.99. We awarded it 6/10 yesterday. While challenging, itâ€™s merely a case of failing puzzles repeatedly until finally stumbling on the solution.

The Xbox Hub was seemingly in agreement, giving it 3/5. â€œTrial and error becomes tiresome,â€ they said.

Slime-san Superslime Edition on Xbox One and the PS4â€™s New Gundam Breaker may be of note too. Twitch platformer Slime-san went down well on Switch, resulting in an impressive 82% Metacritic. And who can resist giant battling robots?

Finally, The Lords of the Fallen receives a belated ‘Complete Edition’. The fact that the retail release will only set you back Â£15 caught our attention. A sensible price point, given the gameâ€™s age. You may even be able to find it for slightly less online. 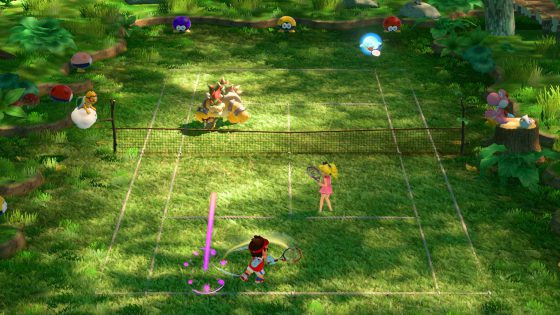 Reviews:
8/10 â€“ Nintendo Life: “The presentation is spot on, and the core tennis action is absorbing whether youâ€™re trading simple strokes or firing off special shots”

7/10 â€“ Videogamer: “Mario Tennis Aces is a good tennis game let down by an Adventure Mode that often feels as though it’s cheating you”

7.0 â€“ God is a Geek: “Mario Tennis Aces will provide you and your friends with a really good time, provided you donâ€™t spend too long in the story mode” 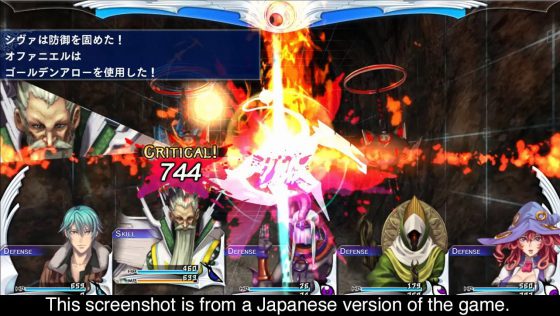 Reviews:
8/10 â€“ Nintendo World Report: “The vast majority of the game can be traced back to another JRPG that probably did it better, and if you canâ€™t get passed that, than you probably arenâ€™t going to enjoy it”

4/10 â€“ Digitally Downloaded: “The fact that itâ€™s the perfect introduction to the dungeon crawler genre also makes it the perfect first example on the new hardware”

5/10 â€“ Push Square: “It’s a game that pays more than a passing nod to numerous other RPGs – Pokemon, Persona, and other Shin Megami Tensei titles – but sadly, never approaches the quality of any of them” 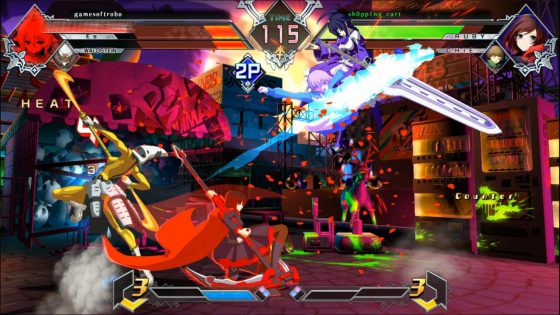 Reviews:
9/10 â€“ GameSpot: “Whether playing through the story mode alone or against hardened opponents online, Cross Tag Battle is an absolute joy with a surplus of possibilities within its wide roster and versatile fighting system”

3/5 â€“ US Gamer: “BlazBlue Cross Tag Battle is a solid fighter. I like the idea of streamlining some of the cruft that the BlazBlue series has acquired over the years and making a game that appeals to new players”

8.5 â€“ Nintendo World Report: “Ys VIII: Lacrimosa of Dana was my first foray into the Ys universe and despite the goal of making it off the island, I find myself wishing I hadnâ€™t left at all”

4/5 â€“ Twinfinite: “With its streamlined combat system and compelling narrative, the latest entry in the Ys series is another solid addition to the Switchâ€™s growing library and should definitely be on every JRPG loverâ€™s list”