Essentially Mr. Tickle: The Game â€“ or Plastic Man, if you prefer – this physics-based puzzler involves guiding a constantly extending arm around hazard-filled environments in order to grab precariously placed bottles. Thereâ€™s a paper-thin plot in place, covering the nameless lead characterâ€™s life story as they reach out to grab bottles as a baby, teen, adult, and OAP. Itâ€™s thirsty work being alive.

On paper alone, Grab the Bottle sounds like something that would be more at home on Google Play or the App Store rather than on a console. We even feared the simplistic premise may fail to keep us engaged. Thankfully, it isnâ€™t long until a few curveballs start being thrown your way, revealing a puzzler with a deceptive streak. Each puzzle is suitably different from the last, with new ideas and playthings frequently introduced. 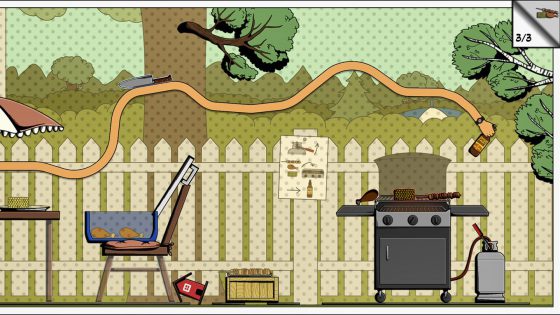 From the very start, precise controls are called for. Only three mistakes are allowed, each hit prompting the elastic appendage to recoil in pain. Thereâ€™s plenty of room to twist and turn in the opening stages, but it isnâ€™t long until narrow pathways are introduced, requiring gentle manipulation of the analogue stick. Comparisons with the cult classic Kuru Kuru Kururin arenâ€™t entirely invalid.

Colliding with your own arm constitutes as a hit, so itâ€™s essential to plan routes in advance. There is a way to rewind, however. When grabbing an object, the screen-filling arm recoils; a mechanic used countless times in puzzle solving, reaching out to grab a knife, hammer, or similar and then recoiling to the location where itâ€™s required.

There are see-saws to tilt, ropes to cut, and sandcastles to smash. Doors should always be opened with caution, as they may block a route. A push of a button is all it takes to start a puzzle anew, and as such, thereâ€™s no real punishment for failure. 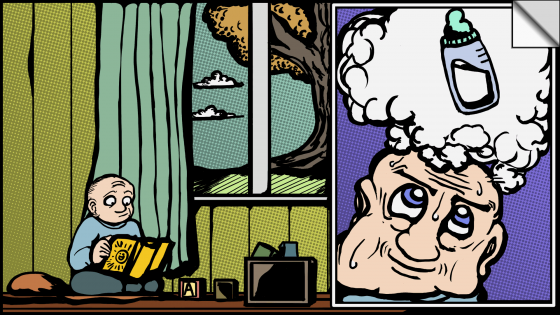 By the time we reached the first puzzle spread across multiple screens â€“ which involves burning cobwebs by knocking candles over â€“ it was more than evident a degree of thought and effort has gone into each stage. A trip to a funfair shakes things up further by making the prestigious bottles prizes that require a certain amount of points to win.

Because this is very much a â€˜learn from your mistakesâ€™ experience, completing a stage on the first attempt is a rare occurrence. Help is at hand, however. Mess up several times and a â€˜strategy aidâ€™ and an â€˜indestructibleâ€™ (boxing glove!) mode unlock. The strategy aid is useful – highlighting the correct order to grab, collect and interact with objects – but becoming indestructible doesnâ€™t guarantee success as itâ€™s still easy to become trapped in a tight corner with nowhere to turn. Try, try, and try once more. 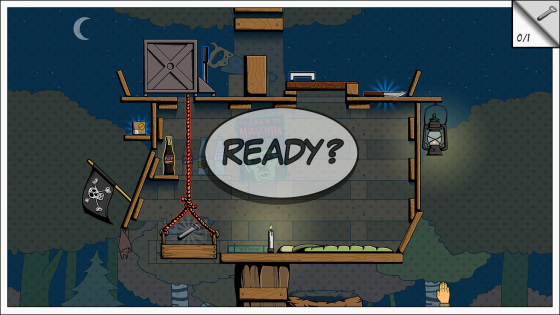 The fact that you only need to fail a stage a handful of times before being given a helping hand suggests the developers were aware of the difficulty spikes. Rather than simply giving you the means to cheat your way through a stage, a more graceful learning curve may have been a better option.

Grab the Bottle, then, is about as deceptive as a game called â€˜Grab the Bottleâ€™ could possibly be. Simple looking, but it isnâ€™t long until youâ€™re blagging your way through or left scratching your head. It provides a couple of hours of mildly engaging entertainment for around the same price of a six-pack of fizzy pop, but ultimately, a smoother difficulty curve would have made the deal sweeter.