Nintendo didnâ€™t show quite as many new games at E3 as expected. They had a valid reason for the slim line-up, however â€“ they didnâ€™t want to tease gamers with titles that are still a long way off.

This put the focus of their conference on the â€˜here and nowâ€™ which has resulted in one hectic week for the Switch eShop.

Fortnite is the biggest game around at the moment, and so the new Switch iteration is more than welcome. We’d wager it has even helped shift systems, such is the appeal of playing wherever you please. It has already been downloaded over 2 million times, in fact. 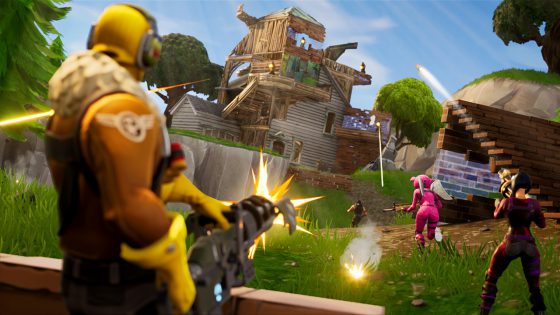 Despite only launching a few days ago reviews have already surfaced. Destructoid went for an 8.5 (â€œFortnite on the Switch is still Fornite, albeit with a few graphical concessions. And Fortnite is goodâ€) while Pocket Gamer handed out an 8/10, calling one of the Switchâ€™s best shooters.

As you may have heard already, it supports cross-play with the Xbox One version. Sadly, Sony isnâ€™t willing to let PS4 owners join the fun, blocking accounts in the process. Maybe in the future, eh?

Fallout Shelter wonâ€™t set you back a single penny either. We sunk hours upon hours into the Xbox One version, even though it felt like it was on the wrong system. Most events and tasks are on timers, requiring you to log-in and check on progress and turn in quests every few hours. As the system’s portable nature lets you tend to your vault dwellers while on the move, we imagine itâ€™s more at home on Switch. Get involved, we say. 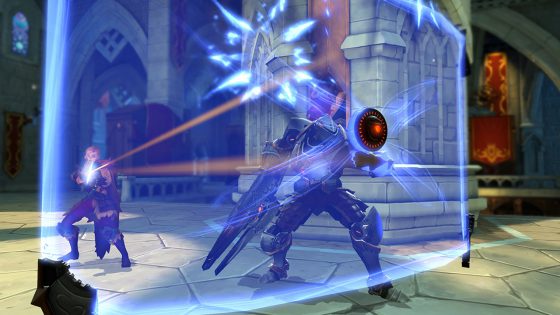 Paladins has also hit the Switch. Itâ€™s Overwatch, basically, but with a few minor differences. The Founderâ€™s Pack will set you back Â£24.99, arriving ahead of the FTP version. Pocket Gamer has reviewed this shooter too. â€œThere’s plenty of depth to it, and the wide pool of characters and abilities means everyone’s tastes are catered forâ€ they said before dishing out 7/10.

Hollow Knight (Â£10.99) meanwhile was one of Nintendoâ€™s few E3 surprises. The PC version, which launched just over a year ago, gained a heady mixture of 8s, 9s and even a few 10/10s. Itâ€™s one of the best metroidvania games of recent times, sneaking in a few ideas from Dark Souls.

Weâ€™re also surprised to see LEGO The Incredibles (Â£49.99) on the Switch eShop this week as the PS4/XO digital releases arenâ€™t due until 13th July. The story mode includes both movies, with missions accessed via a super-sized Municiberg hub world. 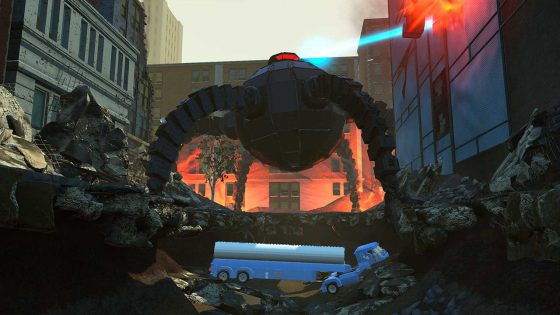 Also out on Switch this weekâ€¦

ACA NEOGEO SUPER SIDEKICKS 3 : THE NEXT GLORY – Â£6.29
â€œSUPER SIDEKICKS 3: THE NEXT GLORYâ€ is a soccer game released in 1995 by SNK. Compete with 64 teams from around the world and six different kinds of tournaments where players can aim for the championship. Digitally traced animation makes for beautiful action along with a variety of impactful renderings and 3D shots which allow for intense gameplay.

Alchemic Jousts – Â£8.99
Command your elementals and support them with a wide variety of Skills. Control the arena and crush your opponent in one-to-one encounters!

Beekyr Reloaded – Â£7.99
Beekyr Reloaded is an exciting shootâ€™em up that brings back the joy of classics in the genre. Play as Beekyr, a brave bee that must avenge his hive from the nasty wasp queens that destroyed it, along five different worlds filled with dangerous insects and many hazards that will put your skills to the limit.

Hexologic – Â£2.49
Immerse yourself in the beautiful world of Hexologic. Solve challenging, yet rewarding puzzles, listen to relaxing music, dive deep in the gameâ€™s atmosphere and fall in love in sudoku again!

Jolt Family Robot Racer – Â£4.99
JOLT is a fast paced, racing party game. The game at its core is a competitive platformer thatâ€™s all about maintaining momentum with skillful navigation.

Pub Encounter – Â£15.99
It’s a romance game where you can fall in love with one of several middle-aged men. All of them are experienced in life and have their own stories to tell. They may not be young, but they can love as deeply and passionately as anyone.

Scalextric – Â£9.99
Speed through stunning 3D tracks you created and re-discover the magic of SCALEXTRIC!

WHIP! WHIP! – Â£7.19
Tira the dessert hunter explores ruins to uncover the recipe required to revive a dessert from ages past. 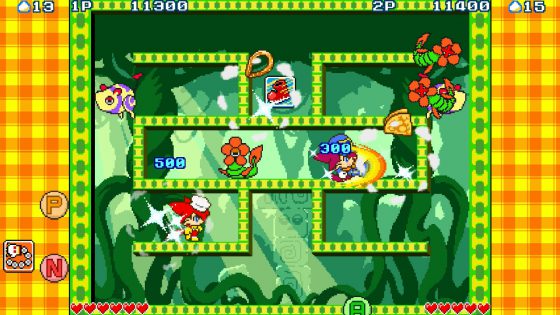 UP UP BOT – Â£1.39 (New 3DS only)
In UP UP BOT help your robot friend climb the platforms by tapping the Touch Screen. Be careful and watch out for bad robots trying to stop you from progressing even higher.