Please pay attention to the following public service announcement:Â Ikaruga is out now for the Nintendo Switch and you should definitely buy it.Â Ikaruga is, quite simply, brilliant.

In case you’re new toÂ Treasure’s celebrated classic, it takes the form of a vertical ‘bullet hell’ shoot-em-up, where you fly a spaceship around trying to dodge bullets and enemies as they unleash waves of ammunition across the screen. So far, so standard.Â Ikaruga, however, has one small little trick up its sleeve.

Here, all enemies are either dark or white. You can also flip the colour of your ship to match the colour of the enemies. If you are the same colour as your enemies you can absorb their bullets (which charges up a bomb attack), if you’re a different colour to your enemies, you deal them significantly more damage. It’s a risk/reward system that adds a lovely element of puzzle solving to the proceedings. It also makes things fiendishly hard. 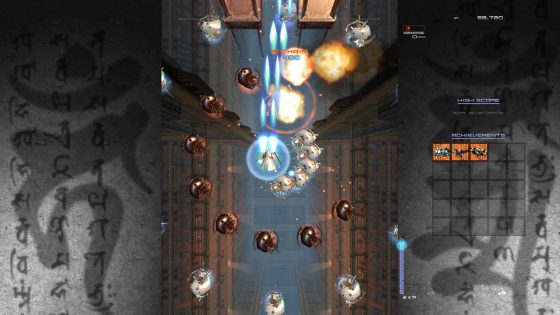 I’ve ownedÂ Ikaruga on the GameCube, the Xbox 360 and now the Switch, and never managed to get through the game on three credits (the standard setting). Thankfully, there are options to make it easier. These include increasing the number of credits and giving extra continues. You can also play with another player, sharing some of the burdens.

If you’ve never playedÂ Ikaruga, you need to give it a go

If I’m so rubbish atÂ Ikaruga (and I am) why have I stuck with it, when I’ve given up on so many other games? What makes it so brilliant? The answer lies in level design.Â It only has five levels, but they are a masterclass reminiscent of the best Mario platformers. Ideas are introduced (for example, the second level introduces the idea of scenery blocking your progress), built upon and then thrown away at the end of the level. Each and every one is a masterclass in building tension and playing with ideas.

The Switch release is definitive. It includes the additions from the Xbox Live Arcade version, so you get the superb HD graphics, achievements and internet leaderboards (complete with viewable replays, some of which are stunning feats of skill), as well as the portability and two-controller advantages of the Switch. It also includes a new mode limiting your ammo, which may end up affecting your sanity. 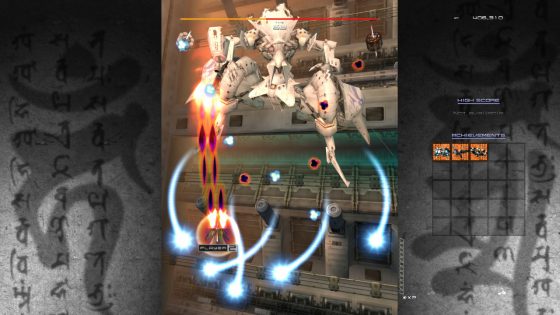 The final cherry on top is the ability to play vertically, using up most of the Switch’s screen. I remember trying to put my CRT television on its side to playÂ Ikaruga on GameCube. This was difficult as the TV had inbuilt speakers that ballooned out of the side. Being able to easily and conveniently rotate the screen is, as Alan Pardew would say, a game-changer.

If you’ve never playedÂ Ikaruga, you need to give it a go. If you already have, this version is easily the best one, and the low price means that double, triple, or quadruple (if you owned it on Dreamcast as well) dipping is a no-brainer.