In a three-way battle between Detroit: Become Human, State of Decay 2, and Dark Souls Remastered, it was Quantic Dreamâ€™s PS4-exclusive that came out on top. 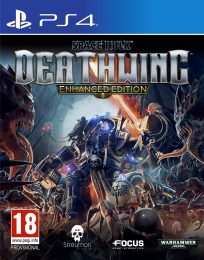 Then at #3 itâ€™s Dark Souls Remastered. Had the Switch version made it out as originally planned, it wouldâ€™ve almost certainly taken #2.

FIFA 18 fell from #2 to #4. Sales were up over last week though due to ongoing price cuts and the upcoming free World Cup update.

Space Hulk Deathwing at #19 was the only other new arrival. EA Sports UFC 3, Need for Speed Payback and Monster Hunter World did manage to re-enter the lower end of the top 40, however.