Donâ€™t feel too blue if youâ€™re being forced to work over the long weekend, as youâ€™ll almost certainly need some extra disposable income for this weekâ€™s colossal eShop line-up. 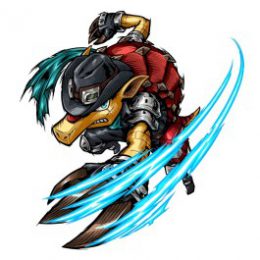 A new 3DS game gets the ball rolling this week. Dillon’s Dead-Heat Breakers (Â£34.99) sees the often-forgotten Nintendo hero in his first full-price release. Itâ€™s a bigger, better, experience from previous games staring the silent mercenary armadillo in an offbeat tower defence/action hybrid with racing elements. If you have Mii characters stored on your Nintendo 3DS theyâ€™ll get a chance to shine too, appearing as â€˜Amiimalsâ€™ in the local town.

The highest review score currently clocks in at 8.5 from Nintendo World Report. â€œThe individual elements might not be all that strong, but together, combined with the pleasant visuals and charming post-apocalyptic style, itâ€™s much more than the sum of its parts,â€ they said.

Twinfinite was left impressed too, awarding it 4/5 while calling it a â€œtruly unique experience.â€

Nintendo Life was slightly less smitten by it though, claiming that â€œthe jump in cost from a Â£9/$10 game to a full retail release doesnâ€™t feel fully justified.â€

â€œItâ€™s a fun and solid experience, but you might want to give this purchase a little more thought unless youâ€™re already entirely convinced,â€ they continued, before dishing out a 7/10.

Over on the Switch thereâ€™s Bloodstained: Curse of the Moon (Â£8.99), an 8-bit spin-off of the upcoming Bloodstained: Ritual of the Night. Essentially, itâ€™s a brand new Castlevania. We struggle to find a single critical review, but user reviews are positive thus far. Itâ€™s apparently quite similar to Castlevania 3, if that means anything to you. 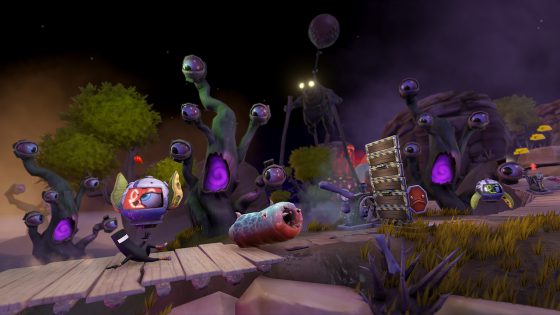 Runner3 (Â£23.79) is also generating a buzz, and not just because it features Charles Martinet â€“ the voice of Super Mario. Review scores are slightly mixed, varying from 6/10 to 9/10, but are mostly positive. Destructoid deemed it worthy of an 8.5, complaining only about frequent loading times.

Weâ€™re more than familiar with Punch Club (Â£13.49), putting numerous hours into the Xbox One version. Itâ€™s a pixel art boxing RPG, drenched in â€˜80s pop culture references. Train up a boxer, enter contests, earn a living wage delivering pizzas, and save the town from a crime spree. It does grow tedious as time goes on, and the fact that your boxerâ€™s stats decrease over time hampers the sense of progression, but ultimately, itâ€™s a neat little game with an addictive streak.

Enigmatis 2: The Mists of Ravenwood (Â£13.49) meanwhile is a hidden object puzzle adventure that hit the likes of PS4 and Xbox One over a year ago. It seems to be one of the better instalments Artifex Mundi has put out â€“ all five reviews of the Xbox One version on Metacritic are above 80%. 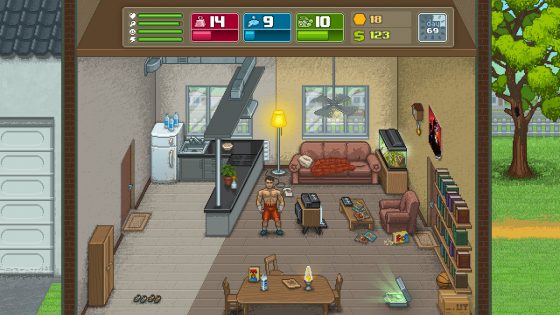 As for new releases, Disco Dodgeball â€“ REMIX (Â£13.49) has to arrived to a mixed reception. While there is some fun to be had, critics claim that itâ€™s very similar to other neon-hued arena-based sports games that launched during the Rocket League goldrush.

Then thereâ€™s Dungeon Rushers (Â£13.49), a 2D tactical RPG combining dungeon crawler gameplay and turn-based fights. Reviews of the Switch version are slow to surface, but it did gain a 7.0 from PSX Extreme and a 6.8 from The Xbox Tavern. â€œThe biggest problem with Dungeon Rushers falls to how repetitive it can be,â€ said the latter outlet.

The Switch receives some new demos this week too: Sushi Striker: The Way of Sushido, Happy Birthdays, One More Dungeon, plus the Mario Tennis Aces – Pre-launch Online Tournament which runs from 15:00 (UK time) on June 1st, right through the weekend until 23:59 (UK time) on June 3rd.

Professional Construction â€“ The Simulation – Â£35.99
Immerse yourself in the sprawling and fascinating world of road construction! Experience life on the construction site like the pros, and use heavy equipment and massive machinery. Enter an open world scenario to complete a large variety of assignments. There’s no way you can get bored repairing roads and doing so much more. A wide range of heavy construction equipment stands ready for your use. Utilise pavement milling, bulky cement mixers, powerful dump trucks, practical mini excavators and more!

Arcade Archives Ikki – Â£6.29
‘Ikki’ is an action game that was released from SUNSOFT in 1985. Players control ‘Gombe’ the farmer, to go to raid the evil magistrate and defeat confronting enemies. In this work, players can enjoy ‘co-op play’. Player 2 will operate ‘Tago’.

ATOMINE – Â£8.99
Atomine is a twin stick procedural rogue-lite shooter set in a virtual world with minimalist design, where the player recounts on the screen the real events of STUXNET, the first weapon ever created in the form of computer virus.

Baobabs Mausoleum Ep.1: Ovnifagos Don’t Eat Flamingos – Â£5.39
Follow the FBI agent Watracio Walpurgis in his adventures trying to escape from this eerie and gooey village. Meet strange and paranoid inhabitants, break up your brain to solve puzzles in the most hilarious and surreal situations, defeat the Wendigo, get mad with cosmic laser chickens, escape from monsters that went out by the night to search UFOs to eat, discover thousands of secretsâ€¦

Escape Game: Aloha – Â£4.49
Find the items hidden around the room, use them to solve puzzles, and open the exit to the room.

Mecha Storm – Â£17.99
Fight for the destiny of the Galaxy by completing over 50 challenging missions in exciting mech vs mech combat! Utilize various strategies, and mech-types to claim victory against the enemy. Prove yourself by mastering close-combat, mid-range tactics, and long-range shooting. The end is drawing nigh, and the Galaxy is waiting. Will you choose to answer your call?

Mega Man Legacy Collection 2 – Â£11.99
The Blue Bomber is back in this second collection of classic Capcom titles! Featuring faithful reproductions of Mega Man 7, 8, 9, & 10, this collection spans the iconic series’ evolution and retro revolution. Take on the nefarious Dr. Wily and his diverse Robot Masters in these timeless 8-bit, 16-bit, and 32-bit adventures!

N++ (NPLUSPLUS) – Â£13.49
N++ is all about using your momentum to complete levels and get high scores, but in this sci-fi world, thereâ€™s a slew of inadvertently homicidal enemy robots trying to prevent you from completing your goal.
Through the hand-crafted (NOT procedurally generated) levels, youâ€™ll experience platforming at its most intense. Using only your fluid movement, you need to â€˜solveâ€™ each level and get to the exit.

Zen Bound 2 – Â£13.99
The goal of the game is to paint wooden sculptures by wrapping them with rope. You accomplish this by rotating the Joy-Con in your hands like it were the sculpture on the screen – a simple task with surprising complexity. 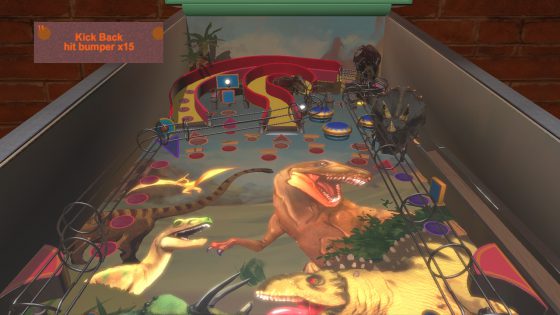