Prior to playing it for ourselves, we were in two minds as to whether State of Decay 2 was being built on a sturdy foundation. The original showed great promise and potential but was let down slightly by the constraints of the XBLA platform. It was also notoriously glitchy, with zombies emerging through solid walls being a frequent occurrence. 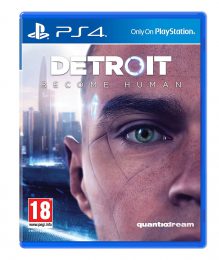 Turns out SoD 2 has inherited some of the originalâ€™s faults, annoying bugs included, despite being slightly closer to the developerâ€™s vision. This has led to incredibly mixed reviews, varying from as low as The Metroâ€™s 4/10 to 4.5/5 from TrueAchievements. Weâ€™ve rounded-up scores below.

Sonyâ€™s Detroit: Become Human may end up receiving mixed reviews too. David Cageâ€™s games tend to divide the critics, aiming to be mature, edgy and cinematic but often missing the mark due to cackhandedness. For those not keeping tabs, Become Human is a neo-noir thriller set in a world with human-like Androids, much like the currently airing TV show Humans. The review embargo lifts a day ahead of launch.

Dark Souls Remastered has gained glowing reviews, meanwhile. The Metacritic stands at 87%, compared to the 2011 originalâ€™s 89%. It may be missing some of the luxuries of newer instalments, but it remains fresh and inviting nevertheless. And Blighttown’s technical issues have been fixed. Hurrah!

The multi-format Tennis World Tour is currently eluding the critics, and it appears to be for a reason â€“ according to those that took a punt itâ€™s an outright stinker, with delayed controls and wooden animation to blame. Comparisons with budget label PS2 tennis games are being bandied about.

Disco Dodgeball Remix looks a better â€“ and sillier â€“ way for sports fans to spend their cash. Even then though, reviews are far from glowing. Weâ€™ve also rounded up scores of the 2D precision platformer Shio below, as it has generated a minor buzz this week. Bloodstained: Curse of the Moon might be of note too, being an 8-bit spin-off â€“ or taster, if you will â€“ of the upcoming Kickstarter success story Bloodstained: Ritual of the Night.

Then on 3DS thereâ€™s Dillon’s Dead-Heat Breakers, which weâ€™ll take a closer look at soon. 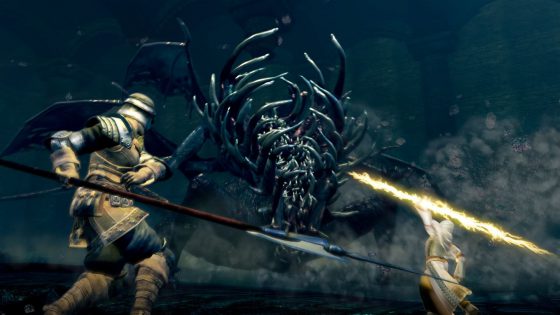 Reviews:
9/10 â€“ Destructoid: â€œThe feeling of zoning into Firelink Shrine is just as special the 100th time as it is the first, and the open-ended nature of the world is just as freshâ€

9/10 â€“ PSU: â€œEvery bit as compelling as it was when it released on the PS3 in 2011, Dark Souls Remastered is the definitive version of one of the most groundbreaking action RPGs of this decade; a truly formative experience that while hasnâ€™t been thoroughly remastered, nonetheless has been tweaked and tucked sufficiently enough to make it a no-brainer purchase for Souls fans new and old alike. Praise the Sun indeedâ€

8.75 â€“ GameInformer: â€œAll improvements aside, Dark Souls does feel its age in the face of From Softwareâ€™s recent contributions to the genre. The drop off in quality in the second half of the game, bosses like Bed of Chaos and incomprehensible zones like Lost Izalith remain curious blemishes on an otherwise incredible experienceâ€ 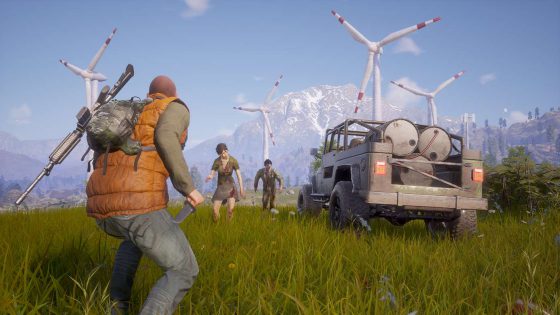 Reviews:
7.5 â€“ IGN: â€œState of Decay 2’s survival RPG struggle against zombies is fun thanks to strong combat and fear of permanent death but repetitive and buggy, especially in co-opâ€

3.5/5 â€“ GamesRadar: â€œState of Decay 2 confidently reaches the seriesâ€™ potential as the ultimate zombie survival sim, even if it hits a few familiar bumps in the road on the way thereâ€

3/5 â€“ The Guardian: â€œThis zombie survival game tries hard to stand out from the flesh-hungry crowd, but glitches will leave players groaningâ€ 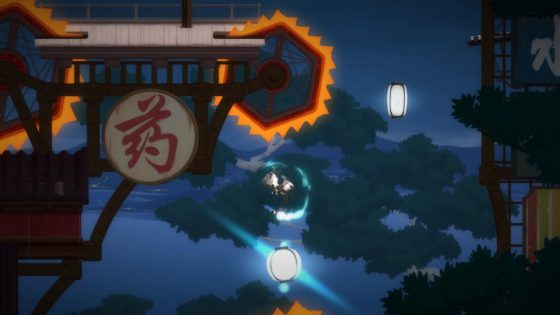 Reviews:
8.5 â€“ Gaming Trend: â€œI had a handful of small, niggling issues with Shio that by the end I was willing to overlook in the face of a game so expertly crafted that it shouldnâ€™t be missed. I just wish there was more of itâ€

80% – COG Connected: â€œShio provides you with the tools for success but refrains from any hand-holding. It demands perfection and doesnâ€™t allow for even minor mistakes. Needless to say, no matter how excellent the story and the atmosphere are, the degree of difficulty present ensures this is not a game for everyone. For fans of the genre though, Shio is an adventure that simply begs to be experiencedâ€

6.5 â€“ PlayStation Lifestyle: â€œThe good outweighs the bad for sure, but there are times when the somewhat floaty nature of the lead characterâ€™s leaps can lead to unwanted imprecision in a game that demands precisenessâ€ 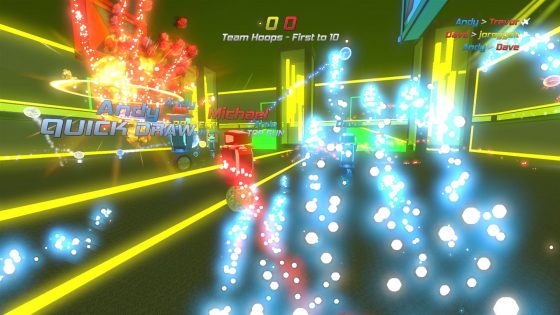 Reviews:
7.2 â€“ VideoChums: â€œDisco Dodgeball Remix may look like a goofy multiplayer sports game and it is. However, the amount of fun to be had is impressive so here’s hoping that it attracts enough online players to make it a worthwhile downloadâ€

6.5 â€“ PlayStation Lifestyle: â€œI want to like Disco Dodgeball Remix, I really do. In a post-Rocket League world, though, it simply pales in comparison to the competition. For all of the futuristic furniture and psychedelic platforms each match comes lumbered with, it still feels like a muted echo of a title that is sorely desperate for more things to do outside of throwing a ball across a brightly-lit arena whose aesthetics weâ€™ve seen all too readily in recent yearsâ€

3/10 â€“ TheSixthAxis: â€œIn the competitive world of online multiplayer, a game must be special to stand out from the crowd. Disco Dodgeball Remix stands out for all the wrong reasons. It proves itself to be a nice idea stretched to breaking point and beyond. I played it, so you donâ€™t have toâ€