Even a price drop to Â£20-Â£25 and an impending free World Cup update couldnâ€™t help FIFA 18 dislodge God of War from the top of the UK chart.

Sonyâ€™s PS4-exclusive juggernaut celebrates a fifth consecutive week. Just one more week at no.1 will put it on par with The Last of Us, which held no.1 for six weeks in 2013.

Itâ€™ll be up against stiff competition though. Detroit: Become Human, Dark Souls Remastered, and State of Decay 2 all launch this week. 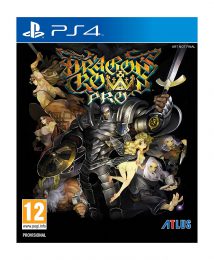 Hyrule Warriors: Definitive Edition enters at #3, the same position as the Wii U version managed in 2014. It outperformed the 2016 3DS iteration, but not the Wii U version, which still boasts the strongest launch.

Fellow Wii U conversion Donkey Kong Tropical Freeze is still hanging around too, now at #4.

Lower down in the top 40 a couple of new titles make their debut. Shin Megami Tensei: Strange Journey Redux on 3DS took #31 â€“ while topping the 3DS chart â€“ and the PS4â€™s Dragon Crown Pro made #33.

Then over in the Switch chart Battlechasers: Nightwar entered at #12 while Little Nightmares: Complete Edition snuck in at #13.