Another week, another Wii U conversion. Hyrule Warriors: Definitive Edition (Â£49.99) is the latest to make the jump, bringing a slew of 7/10 and 8/10 review scores in tow.

â€œIf you only played the Wii U version without the downloadable content, or you havenâ€™t touched Hyrule Warriors before, this game is definitely worthy of recommendation,â€ said Nintendo Insider, one of the few outlets to rate it 9/10.

The Metro and We Got This Covered were far from smitten by the Dynasty Warriors crossover, however, with the former awarding it a cautionary 4/10 and the latter opting for a mediocre 2.5/5. 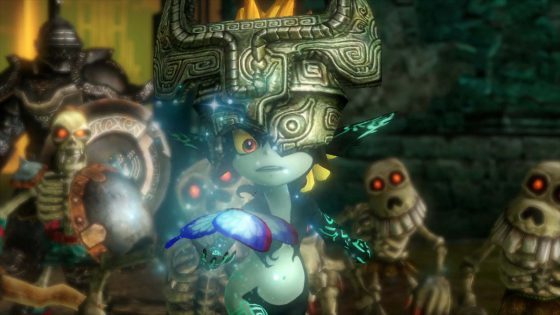 A few other belated conversions also make a pitstops on Nintendoâ€™s hybrid handheld this week. The Banner Saga (Â£17.99) brings fantasy tactical role-playing, and unless something has gone drastically awry, itâ€™s well worth a look. Bear in the mind though that the third game in the series isnâ€™t far off.

Battle Chasers: Nightwar (Â£34.99) offers a different kind of role-playing experience. Itâ€™s hampered by long loading times and the occasional framerate drop, but still deserving of your attention. Nintendo Life dished out an 8/10 earlier this week. â€œDisappointing performance dips aside, it feels at home on Switch. Ultimately, itâ€™s the same old story â€“ numbers go up! â€“ but itâ€™s shot through with an infectious exuberance and attention to detail that reinvigorates old tropes.â€ 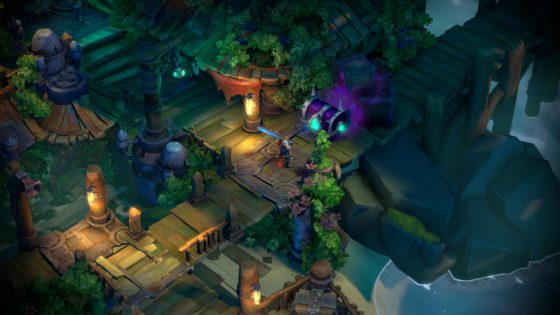 French film noir survival horror White Night (Â£13.49) is a game that may be showing its age, first hitting Xbox One in 2015. Scores were wildly mixed, varying from as low as 4/10 to as high as 9/10. Itâ€™s probably wise to read up on reviews before opening your digital wallet.

2D shooter Ice Cream Surfer (Â£7.50) is another that may ring a bell. This colourful caper hit Wii U and iOS in 2014. Reviewers werenâ€™t too kind on it back then, and it looks like little has changed â€“ Nintendo Life gave this Switch version a lukewarm 5/10.

Then we have Little Nightmares Complete Edition (Â£29.99), a dark and twisted adventure offering physics-based platforming and the occasional stealthy moment. â€œSmart, grotesque and never-endingly weird, this is a very different, extremely welcome kind of horror game that left me wanting more than its brief five hours provides,â€ said IGN back in 2017. 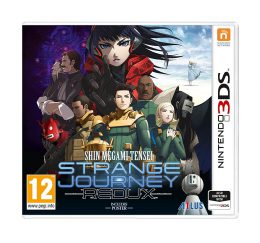 The 3DS sees a new release of note, too – Shin Megami Tensei: Strange Journey Redux (Â£34.99). This JRPG remake is off to a great start, with 11 of the reviews on Metacritic currently clocking in at 80% and above.

It garnered an 8/10 from Destructoid: â€œI really enjoyed it the first time around eight years ago, and replaying it today reminds of why it was the ideal game to introduce me to the Shin Megami Tensei franchise,â€ claimed their reviewer.

Below you’ll find a round-up this weekâ€™s remaining Switch releases, plus a list of discount highlights. Our recommendations include Wonder Boy: The Dragonâ€™s Trap â€“ one of our favourite titles of 2017 â€“ and the underrated Tumblestone, a clever take on the match-three puzzler formula. It’s Columns in reverse, basically. 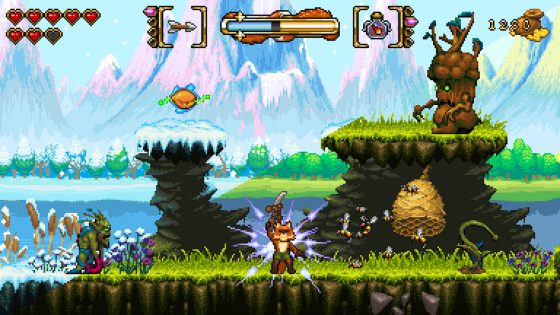 The Adventures of Elena Temple – Â£4.49
The game is a monochromatic puzzle platformer made to look as if it were created in the 80s. Overcome obstacles, figure out how to collect all the coins, find all the gems and remember your childhood while doing it! Progress through the game’s dungeon through non-linear exploration and keep an open eye for secrets to find.

FOX n FORESTS – Â£17.99
FOX n FORESTS is a 2D action platformer with RPG and puzzle elements inspired by the glorious days of 16-bit! Switch between various seasons on the fly, shoot and slash with your magic melee crossbow and snatch loot to unveil the mystery of the fifth season. A thrilling pixel art fable with rewarding super secrets, screen filling bosses and thriving exploration. This is 16-bit how you remember it!

FRAMED Collection – Â£8.99
Rearrange the panels of an animated comic book to craft the story of a noir-styled spy adventure. Presented in an extensive series of visual puzzles, requiring logic and imagination, each panel move changes the current narrative, leading to all kinds of comedic blunders, untimely deaths–and when solved correctly–stylish heists, fast getaways and nail-biting escapades.

Henry The Hamster Handler – Â£2.49
The ancient art of hamster alchemy, a long-forgotten art… until now. Join the team at Hamsters Inc. as they delve into the practice and reveal that hamsters must endure as many near-death experiences as possible and over time, the little furry balls of fun turn into bronze, silver, and gold!

Invisiballs – Â£8.29
Invisiballs is a competitive local multiplayer game for two to four players*. Everyone controls an invisible ball inside a maze and must capture a golden artifact to win the game.

The Mystery of the Hudson Case – Â£3.99
In 1979, a daring journalist sets out to investigate on his own, after continuous disapproval by his editorial department, the famous case of the Hudson Family, a family living in the vicinity of New Orleans, near the mouth of the Mississippi River. They lived in the time of British America, around the year 1830. They boasted an estate of four hectares where the rich landowner Mr. Benjamin Hudson owned a large number of slaves from the African continent.

Never Stop – Â£4.49
Keep moving! Roll and jump – but never stop in this new addicting game! The longer you keep moving without getting stopped by one of the many obstacles or traps, the more points you get. How long can you manage this thrill of speed? Will you be able to dominate your friends in multiplayer?

SilverStarChess – Â£5.29
The top-class â€œSilverStarâ€ board game engine also plays outstanding chess games. We are proud to recommend this game for both veteran chess players and beginners.

Splitter Critters – Â£4.99
Splitter Critters is an award-winning freeform puzzle game that puts world-splitting power into your hands. Split and rearrange the world to bring faraway platforms together, move deadly lasers out of the way, and create floating swimming pools to guide alien critters back to their spaceship.

Wizard of Legend – Â£13.99
Wizard of Legend is a fast paced dungeon crawler with an emphasis on dynamic magical combat. Quick movement and even quicker use of spells will allow you to chain spells together to unleash devastating combinations against your enemies! Unlock over 100 unique spells and discover powerful spell combinations! A wide variety of elemental spells allows you to create a hand best suited to your play style. Dive head first into the fray or stand back and let your minions do the work for you. The choice is yours!

Yonder: The Cloud Catcher Chronicles – Â£22.99
Yonder offers a world to lose yourself in; a world filled with the wonder of discovery and the spirit of adventure.

Block-a-Pix Colour – Â£6.99
Reveal the picture by dividing the grid into smaller rectangular blocks. Each block must contain one clue number, which tells you the number of grid squares covered by that block and the colour the block will be painted.