Somebody far funnier than us once said life is about re-purchasing your favourite movies in higher definitions until you die. The same can also be said about Mega Drive compilations.

SEGA Mega Drive Collection â€“ out on PS4 and Xbox One at the end of the month â€“ is the fourth since the Japanese publishing giant departed the hardware biz.

2009â€™s SEGA Mega Drive: Ultimate Collection managed to live up to its name, containing all the renown hits â€˜90s SEGA fans grew up with, alongside a handful of arcade obscurities such as Congo Bongo. FMV interviews rounded the package off nicely.

This latest iteration, however, has a few gaping holes in its library that the new additions (Wonder Boy, ToeJam & Earl, Landstalker, Bio-Hazard Battle, and more) canâ€™t compensate for.

If youâ€™re wondering where the following are, then you arenâ€™t alone. 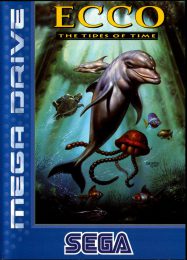 Since the release of the PS2/PSPâ€™s Mega Drive Collection weâ€™ve gone from three Ecco games (yes, three – Ecco Jr. is an often-forgotten kidâ€™s title, released in the US and Australia only) to zero.

Although the underwater adventure series is unquestionably a â€˜Marmiteâ€™ affair itâ€™s still an important part of the Mega Driveâ€™s history, offering non-violent gameplay at a time when the industry was under fire for introducing increasingly adult themes.

Thereâ€™s a reason Sonic 3 and Sonic & Knuckles are both absent â€“ Michael Jackson and Brad Buxer directly sampled songs from their respective discographies, resulting in a licensing nightmare. SEGA has found workarounds in the past, giving the PC re-release alternative music, but theyâ€™ve clearly decided to omit them completely here, perhaps for authenticityâ€™s sake.

Greendog may not be fit enough to rub shoulders with the Mega Driveâ€™s finest, but it was a big seller back in the day. As such, itâ€™s bound to hit gamers of a certain age with a bout of nostalgia, despite numerous shortcomings. 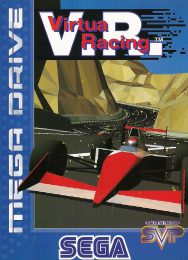 We can live with the fact that not a single sports title features on this compilation. The complete lack of racing games is inexcusable, however. Well, maybe not inexcusable â€“ OutRun isnâ€™t here because the Ferrari licensing deal expired decades ago. Super Monaco GP was also loaded with licenses, including billboards featuring Marlboro cigarettes, so thatâ€™s a no-no too.

As far as weâ€™re aware though, all vehicles and tracks in Virtua Racing were entirely fictional. The only possible explanation for its absence could be emulation issues, as the cartridge included a dedicated 3D chip. But even then, that isnâ€™t much of an excuse – Nintendo was able to include the Super FX 2 powered StarFox 2 on the SNES Classic Mini, after all.

While itâ€™s great to see a few fresh faces on the new collection, a few more wouldnâ€™t have gone amiss. The Ooze is something of a lost classic, released during the end of the Mega Driveâ€™s life. Itâ€™s pretty hard to find, in fact, selling for between Â£50-Â£70 on eBay nowadays.

A very different experience to most Mega Drive games, it puts you in control of a slimy puddle of green goo that slithers across the ground while growing and shrinking in size. For the time, it was technically impressive. Itâ€™s more of a curio these days, but seeing many people overlooked it upon launch, it would have been a worthy addition.

Emulation canâ€™t be an issue as it was included in a past collection â€“ 2002â€™s Sonic Mega Collection Plus, where it was joined by Comix Zone in the bonus game section. 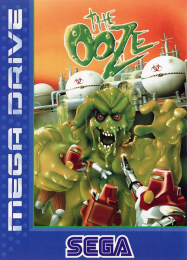 While rarely mentioned nowadays, this one-on-one beatâ€™em was well-received at the time, gaining a lofty 97% from Mean Machines. It even went on to spawn two-spin offs: Chicago Syndicate for Game Gear and X-Perts for Mega Drive. It did the merchandising rounds too, with comic books and a Tiger LCD handheld iteration available.

Weâ€™re guessing this curiously colourful brawler isnâ€™t here due to age rating restrictions. It wasnâ€™t as violent as Mortal Kombat, certainly, but it did feature stage fatalities. Having said this, Streets of Rage 3 had an MA-13 age rating in the US and that has made the cut. So, letâ€™s chalk this one up as another peculiar omission.

Frequently found on â€˜hidden gemsâ€™ lists, this early Mega Drive release was way ahead of its time. So much so that reviewers didnâ€™t really know what to make of it. The 16-bit system was known for arcade conversions, sports sims, and colourful scrolling platformer, yet here was a fully-fledged real-time strategy game that predated the likes of Command & Conquer by several years.

It was only years after launch that it received the appreciation it was owed. Coupled with the fact that it puts a nifty transforming robot under your control, we fail to think of another game more deserving of a re-release.