Nintendo has ruled out plans for Virtual Console on Switch, but this doesnâ€™t mean owners of the hybrid handheld will be denied a retro fix. This week is a fine example why, with a trio retro re-releases and several homages to ’90s classics due on the eShop.

ACA NEOGEO SUPER SIDEKICKS 2 (Â£6.29) from 1994 is this weekâ€™s re-release from Hamster, unofficially based on the ’94 World Cup. Then we have Arcade Archives TERRA CRESTA (Â£6.29), a technically advanced Nichibutsu vertical shooter from 1985.

Curiously, Johnny Turbo’s Arcade: Sly Spy (Â£7.99) is down for a Saturday release. Itâ€™s a Data East platform shooter influenced by Namco’s Rolling Thunder series, only with a James Bond-style facade. This is obviously the arcade iteration, but you may know it from its home release â€“ Ocean Software converted it to the likes of the Amiga back in 1990. 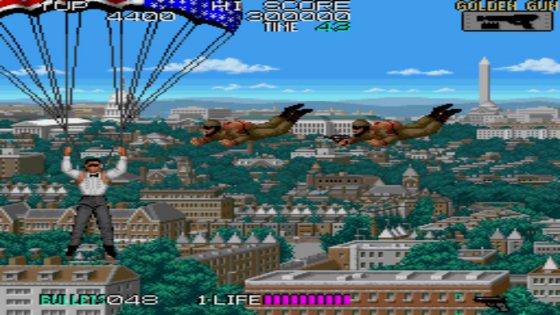 As for this weekâ€™s big-name releases, we have the colourful Uridium homage Hyper Sentinel (Â£9.99), which has so far mustered an 8/10 from Nintendo Life and a lukewarm 6/10 from The Metro. â€œHyper Sentinel doesnâ€™t bring shame upon its inspiration, but it also doesnâ€™t do much to continue its legacy,â€ said the UK tabloid.

Team 17â€™s Raging Justice (Â£9.99) pays homage to a different retro classic â€“ SEGAâ€™s Streets of Rage series. Visually though, it has more in common with CGI rendered â€˜90s titles such as Killer Instinct, X-Perts, and Batman Forever. Review scores are mostly positive, but not glowing, with vexing controls and a few difficulty spikes to blame.

â€˜90s throwback shooter Immortal Redneck (Â£17.99) has been getting consistently good reviews, with both Nintendo Life and Vooks opting for an 8/10. â€œBy combining well-crafted room design with randomly generated maps and then giving the player the ability to smoothly run, leap and blast through them with all the grace of a shotgun-wielding swan while constantly upgrading their abilities, it offers a massively satisfying experience thatâ€™s likely to remain permanently installed on your Switch long after youâ€™ve deleted other games to make space,â€ said NL. 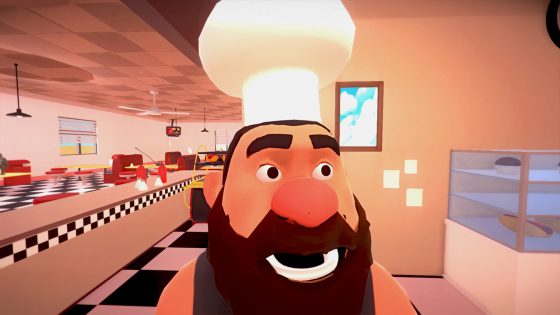 Puzzle/platformer Suicide Guy (Â£7.19) makes the jump from PS4, meanwhile. Set inside the mind of the protagonist, itâ€™s your job to him to wake up before it’s too late. â€œIt provides a fun little challenge without becoming a chore,â€ was Gaming Trendâ€™s verdict. http://gamingtrend.com/feature/reviews/a-drink-to-die-for-suicide-guy-review/

Then we have Garage (Â£13.49), a grisly top-down shooter influenced by B-movies. Playing as a drug dealer named Butch, you stand alone against hordes of the living dead. Nintendo Life has reviewed this one too, handing out 6/10. â€œWith nothing new or interesting up its sleeve, Garageâ€™s zombie apocalypse setting feels very tired and it lacks the readability, coherence and sheer style of Hotline Miami, a game the developer is clearly in awe of,â€ was their conclusion.

Death Road to Canada (Â£9.99) looks like a better way to blow your cash, being a zombie take on the PC classic The Oregon Trail. As mentioned in our weekly new release round-up, reviews are remarkably positive, with several 9/10s being bandied about. 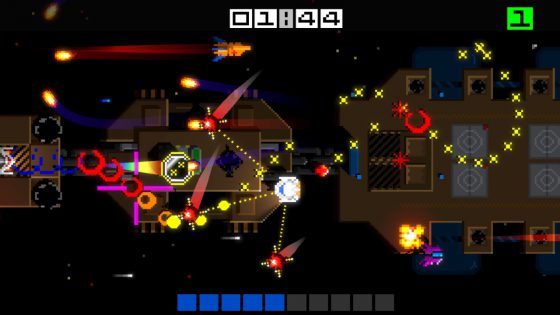 The remaining eShop releases can be found below, including a couple for Wii U and 3DS.

ONE PIECE: PIRATE WARRIORS 3 – Deluxe Edition – Â£54.99
Enjoy the original story of ONE PIECE from Fuschia village, where everything has started, to the kingdom of Dressrosa, a mysterious island dominated by the evil Doflamingo. Gather every member of the Straw Hat Crew, like in the original story, sail to the most emblematic places and enter the most epic battles: Marineford, Fish-Man Island, Punk Hazard and Dressrosa!

The Fall – Â£8.99
The Fall is a unique combination of adventure-game puzzle solving, and side-scroller action, all set within a dark and atmospheric story. Exploration will be paramount to surviving your adventure. Utilize ARID’s flashlight to uncover a myriad of interactive objects. If what you uncover is hostile, switch on your laser sight and kick some metal! Get ready for a disturbing journey as you fight, explore, and think your way forward, expanding ARID’s world, in spite of her protocols.

Shantae: Half- Genie Hero Ultimate Edition – Â£21.89
This all-inclusive version comes with all of the previously released DLC, Modes, and Costumes!

Touch Battle Tank SP – Â£4.49
Simple rules: players must destroy all enemy tanks in a stage to complete the stage. Set in the near future, this action shooter tank battle game lets players experience the most intense battle action they’ve ever seen!.

Super Chariot – Â£17.99
Designed for Nintendo Switch, Super Chariot is a 2D-platform game that can be played through to the end in either solo or co-op mode. You play as either the brave Princess or her faithful fiancÃ© in a subterranean fantasy adventure. Manoeuvre the wheeled coffin of the dead King through 25 levels and five colourful environments, trying to ignore the incessant insults of the King’s ghost.

InkSplosion – Â£4.99
Enter InkSplosion, a single screen twin-stick shooter, where the only real enemy is beating your previous high-score!

New on Wii U

Cycle of Eternity: Space Anomaly – Â£4.49
A classic turn-based RPG with an unusual story in space. The story is twisted around three graduates of the space fleet, who fell into a time trap. Trying to get home they get into an even bigger mess. Fight with enemies, improve your ships, go through the story and try to free your heroes from the space trap!

Unalive – Â£1.79
Unalive is an action adventure roguelike game. Randomly generated laboratory rooms. Collect unique items to improve your abilities. Kill bosses and stay alive. You have only one chance!

Rainbow Snake – Â£0.89
Rainbow Snake is a beautiful classic game. By eating food, the snake gets painted in different colours. Collect a colourful snake and avoid the green walls. Over time, the snake is gaining speed!

Zeus Quests Remastered Anagenissis of Gaia – Â£7.99 (New 3DS only)
‘Zeus Quests Remastered’ is a silly point and click adventure game with light-hearted humour. It combines Greek Mythology with Sci-Fi in a twisted way! You control Zeus (Boss of Olympus) which is a wacky character. He tries to fix a time machine to save the planet from explosion.