Nintendoâ€™s latest batch of Wii U-to-Switch conversions have come under fire, and for arguably good reason â€“ both Donkey Kong Country: Tropical Freeze and Captain Toad: Treasure Tracker were part of the Â£20 Wii U Selects range, yet their Switch counterparts cost double. Adding further insult to injury, Tropical Freeze was yanked from the Wii U eShop earlier this week.

In Nintendoâ€™s defence, the Switch iteration of Tropical Freeze has had additional work put into it, including a new Funky Kong mode for inexperienced gamers. Critics are also seemingly in agreement that itâ€™s a great way to play one of the Wii Uâ€™s lost classics. A sampling of review scores can be found below. Admittedly, weâ€™re surprised to see so many 9/10s bandied about.

Rebellionâ€™s Battlezone Gold Edition – which drops VR support in favour of pastures new – is also off to a good start, gaining a glowing review from GameSpew. â€œBattlezone Gold Edition is a great game that’s easy to pick up and play; one that I’ll certainly find myself dipping into little but often,â€ they said.

Reviews of the teamwork-focused steampunk aircraft shooter Guns of Icarus: Alliance are starting to surface too, leaving critics impressed by the ability to play against Steam users. GameSpace opted for an 8/10 while Push Square deemed it worthy of a 7/10. â€œIf you’re in the mood to invest some time in becoming the best of the best as a team, there is much airborne fun to be had on board your shiny steampunk,â€ was their verdict.

For sports fans, particularly frugal ones, Super Mega Baseball 2 may be of note. Even though itâ€™s one of this monthâ€™s Xbox One â€˜Games with Goldâ€™ titles itâ€™s also hitting PS4 this week. We were considering penning a review but there isnâ€™t a great deal for us to say. The presentation is stylish, and it has all the features and options youâ€™d expect to find in a baseball sim. In all, it’s pretty good. Again, youâ€™ll find scores below.

Super Hang On homage Super Night Riders â€“ out now on Xbox One â€“ was also potentially lined up for the review treatment, but it turns out US gamers received it back in 2016. We have no idea why it has taken this long to reach the UK. Although reviews were damning in 2016, resulting in a 36% Metacritic, a quick play suggests fans of SEGAâ€™s racer may still want to take a look. Also: itâ€™s only Â£3-odd currently. 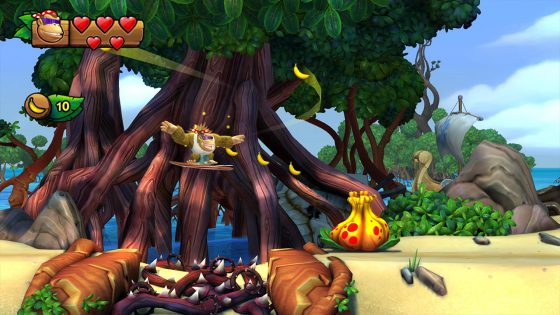 Reviews:
9.25 â€“ GameInformer: Tropical Freeze stands among the best platformers of the last decade. Playing as Funky Kong is great for alleviating frustration or allowing skilled players to breeze through the game at high speed

9.0 – EGM: There might not be enough (or anything) to convince Wii U owners to play it again, but long-lost Nintendo fans who came back for the Switch have another must-play game to add to their growing libraries.

4.5/5 â€“ GamesRadar: If you crave a challenge, Donkey Kong Country: Tropical Freeze will bring out the best of your platforming abilities. Those expecting a cakewalk will feel like they slammed headfirst into a brick wall of difficulty. 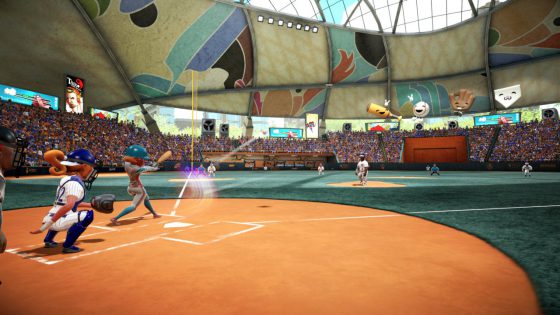 Reviews:
9/10 â€“ CGM: From the players, to the narration, and even to the stadiums, Super Mega Baseball 2â€™s style is so simplistic, but itâ€™s easy on the eyes. Above all, it is this visual simplicity that, combined with the satisfying gameplay, creates an experience that does exactly what the developers intended Super Mega Baseball 2to do: be a fun baseball experience that can get any player to smile whether alone or with friends.

8.1 â€“ Xbox Tavern: Its decent and believable physics, grouped with its unique design and alluringly fluid gameplay, gives it a definitive edge over the half-baked RBI Baseball 18. Despite the lack of diverse stadiums and licenses, this game achieves everything that it set out to accomplish, ultimately delivering a polished, wacky and robust experience.