If this weekâ€™s arrival of the Nintendo Labo kit doesnâ€™t pique your interest, then chances are a new eShop release or two will take your fancy. There are over 20 new titles to choose from. They arenâ€™t all as fresh of a daisy, mind â€“ a few Wii U throwbacks and some unsightly PC shovelware dare show their faces this week.

First, the good. South Park: The Fractured But Whole (Â£49.99) has made the jump to Switch intact, save for a few technical gripes such as lengthy loading screens. The Metacritic score currently stands at 81%, clocking in slightly above the PS4 version’s 79%. â€œWhile itâ€™s a fair few months behind the releases that graced other platforms in 2017, the Nintendo Switch version South Park: The Fractured But Whole isn’t diminished by its later arrival,â€ said Nintendo Life. 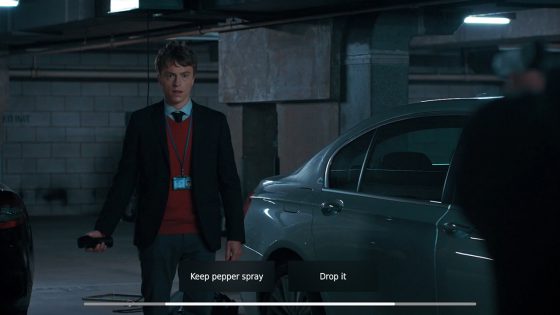 Hot on the heels of The Bunker comes another FMV adventure from Wales Interactive. Late Shift proves weâ€™ve come a long way since the days of Plumbers Donâ€™t Wear Ties and Night Trap. â€œLate Shift is a technological beauty that shows what full-motion video games can truly achieve. Its slick plot and fast but meaningful pacing proves that the genre has some uncharted territory it can explore in the future,â€ was Gaming Trendâ€™s verdict.

Then we have Jotun: Valhalla Edition (Â£10.99), a game drenched in Nordic mythology which hit Wii U and PS4 some time ago. It was praised for its beautiful hand-drawn artwork and gripping boss battles, gaining a mixture of 7s and 8s.

Story-driven 2D platformer Light Fall is off to a good start too, garnering a 7.5 from Nintendo World Report: â€œI like Light Fall a whole lot and I could have stood for some more of it, maybe with some less spaced-out checkpoints and a less disappointing finale.” 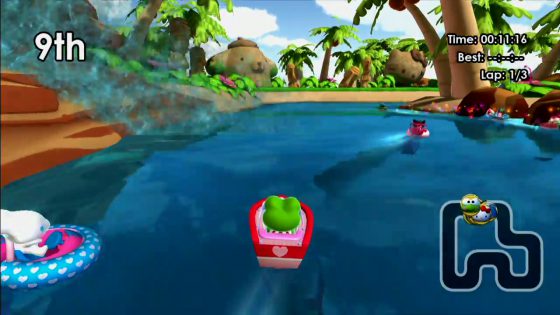 Hello Kitty Kruisers With Sanrio Friends (Â£24.99) is another from the days of Wii U, dating back to 2014. Scores were average at best, and we highly doubt time has been kind to it.

Arriving out of the blue, we have the NARUTO SHIPPUDEN: Ultimate Ninja STORM Trilogy (Â£44.99) which may prove popular. The individual games can be purchased for Â£16.99 a piece, which seems reasonable enough.

â€˜80s set role-player Saturday Morning RPG (Â£7.19) is also worth a look, especially for those who lie their games littered with pop culture references. It isnâ€™t as long as most RPGs, and so it may appeal to time-strapped fans of the genre too. 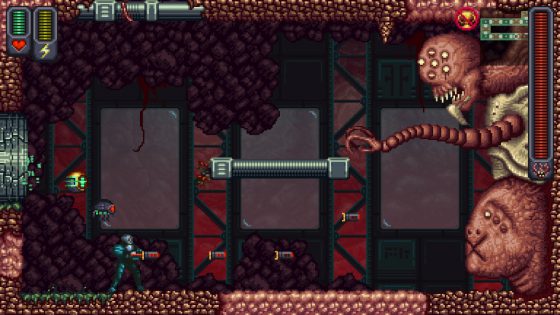 As itâ€™s a busy week, hereâ€™s a round-up of the remaining Switch releases. Nothing for 3DS this week it seems, but a handful of Atlus RPGs are on offer including 7th Dragon III Code: VFD and Shin Megami Tensei IV: Apocalypse.

12 orbits – Â£1.75
12 orbits is colourful, friendly, fun, and sometimes a little chaotic. You will score goals, colour spheres, defend your territory and try to grow as long as possible in four varied game modes. Itâ€™s you against all comers, or grouped as teams.

A Robot Named Fight – Â£12.99
A Robot Named Fight is a 2D action adventure roguelite focused on exploration and item collection. Take on the role of a lone robot tasked with stopping the entity known as Megabeast. Explore procedurally-generated labyrinths, uncover randomised power-ups and artefacts, find secrets, and blast meaty creatures in this deliciously gory adventure.

ACA NEOGEO GHOST PILOTS – Â£6.29
GHOST PILOTS is a shooting game released by SNK in 1991. The hero flies an old-fashioned seaplane in order to fight the two powerful nations invading their own country. Alongside giant military weapons, a mysterious combat unit arrives and makes for an intense battle.

Agatha Knife – Â£9.59
Tackle controversial topics through the eyes of a child in this satirical adventure that lures you to the dark corners of everyday life

Another Lost Phone: Laura’s Story – Â£5.39
This game is designed as a narrative investigation where you must piece together elements from the different applications, messages and pictures to progress. Scrolling through the phoneâ€™s content, you will find out everything about Laura: her friendships, her professional life and the events that led to her mysterious disappearance and the loss of this phone.

Bouncy Bob – Â£4.49
Defeat hordes of zombies and seal your fate with the push of one button! Beat your own score in Single Mode or invite your friends to play together in Multiplayer Mode.

DragoDino – Â£8.99
Meet Bob, a cute DragoDino, and guide him through the 10 levels of the Forest Kingdom in a quest to recover his lost egg stuck atop a giant tree. Explore and fight enemies to reach ever higher, collecting powers on your way up to help you in your quest. But be careful, the guardians you’ll meet won’t let you through that easily.

Goetia – Â£8.99
The ruins of any village are the silent testament to its final moments. The ruins of Oakmarsh are no different. Their telling silence, the dust blanketing what was once a quiet village near Coventry.

Save the Ninja Clan – Â£4.49
An evil ninja kidnapped your friends. You must collect scrolls in order to find your friends and save them. You will play as different ninjas as the journey progresses. Each ninja has a different ability: Green Ninja has a double jump, Purple Ninja has a sprint, and the Grey Ninja has a dash (with temporary invincibility).

Sky Rogue – Â£14.99
Sky Rogue is a rogue-lite action flight simulator! Blow things up over land, sea, and air, on an infinite number of procedurally-generated islands. Choose one of a diverse set of aeros and kit it out with a dizzying array of weaponry. Go toe-to-toe with enemy aces or assault giant flying aircraft carriers and battleships, but watch out for volleys of missiles; when you die, you’re dead.

SKYPEACE â€“ 89p
SKYPEACE is a high-speed action game where you clear stages by carefully avoiding the enemies that appear.

Sparkle ZERO -Â£4.49
Go back to the beginning of evolution. Start from ZERO and become the smallest creature â€“ a spark of life â€“ which has endless development paths ahead of it. Your task is to find food, which helps you grow and develop. But be careful, you are not alone on your climb to the evolutionary peak. Many other organisms also fight for the same resources and development opportunities.

Super Saurio Fly – Â£11.59
Super Saurio Fly is a 2D arcade platformer and adventure video game. Players will move along the stages crossing different parts of the world by using Super Saurio’s ability to fly, dodge traps and defeat other dinosaurs. The storyline puts the player on the role of Saurio, a cute and clumsy tiny pterodactyl whose eggs were stolen. Saurio will have to look for his eggs around the world and defeat the evil kidnappers.

Where Are My Friends? – Â£5.39
Four different genres in one game! Every level is a separate genre: runner, action-adventure, point-and-click quest and puzzle-platformer.