Considering itâ€™s an accessory pack requiring a vivid imagination to get the most out of, itâ€™s no surprise that most critics chose not to give the first wave of Nintendo Labo kits a review score.

Post Arcade was a rare expectation, giving the Toy-Con 01 Variety Kit a lofty 9/10. â€œNintendo’s cardboard-construction-cum-video-game experiment makes for a pricey but extremely entertaining crafting project for kids,â€ they said. 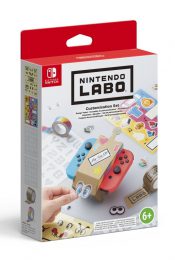 â€œI had a lot of fun building the Robot Kit, but I question whether it felt like $79.99 worth of fun. With only one project the Robot Kit might be best saved for Labo enthusiasts,â€ they warned.

The Switch also receives a belated release of South Park: The Fractured but Whole. Itâ€™s a very good conversion, reportedly, save for a few technical hiccups and some long loading screens. Youâ€™ll find a sampling of review scores below. Incidentally, we reviewed the Xbox One version upon release. Our review can be found here.

Indie adventure The Swords of Ditto, and the interactive Agatha Christie-style story The Invisible Hours are getting decent reviews too, as you can see below.

Sadly, but understandably, Death Road to Canada wonâ€™t be joining them on the digital stores. The developer has chosen to delay its release following the recent attack in Tornoto.

In an official statement, managing director of Ukiyo Publishing Paul Hann said: “We feel it would be deeply inappropriate to launch the game at such a time. We would like to express our deepest condolences to everyone affected by the tragic events in Toronto.”

Lastly, Rick and Morty Virtual Rick-Ality on PS4 finally gets a physical release this week. Expect to see it in the UK chart on Monday â€“ if the turgid Bravo Team can break the top ten, weâ€™re sure this can.

The Swords of Ditto â€“ PS4/PC 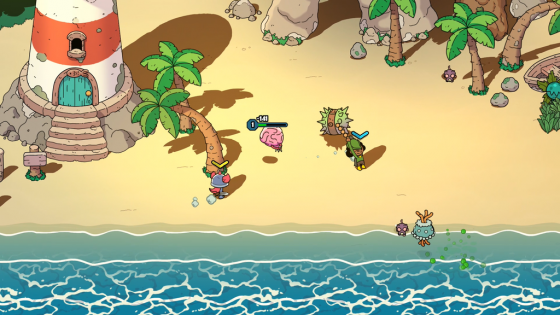 Reviews:
8.5 â€“ PSU: “Vibrant, ridiculous, endearing and just plain enjoyable to play, The Swords of Ditto is an absolute pleasure to tuck into. It doesn’t always marry its creative streak to its combat particularly well, but it doesn’t prevent this adorably gorgeous action RPG from winning hearts and minds”

8/10 â€“ Push Square: “Although some slight technical issues are a bit of a pain, they’re not enough to detract from what is otherwise a delightfully charming experience. Tight and tidy, this is an addictive time sink that’s well worth a look — especially if you bring someone along for the ride”

7.5 – EGM: “Devolver Digital and Onebitbeyondâ€™s action RPG, The Swords of Ditto, isnâ€™t a complete reinvention of the roguelike subgenre, but it has enough modern twists and artistic charm to stand out. Players new to such games might have trouble jumping in, though, as a few important mechanics of the subgenre arenâ€™t explained as well as they should have been” 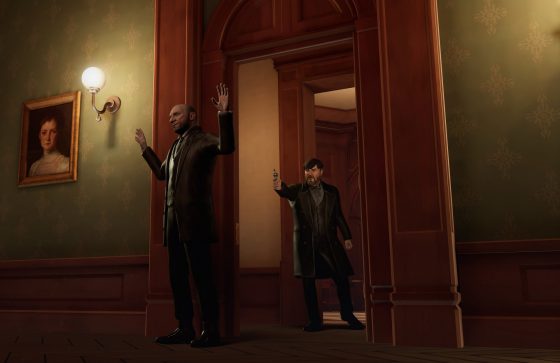 Reviews:
7/10 â€“ Destructoid: “It’s the rare video game that requires no real player intervention to complete. But, the best possible payoff is a result of diligently following all the stories and getting a full picture of all the proceedings”

7/10 â€“ GameSpot: “It strikes the same tone as an Agatha Christie novel and at times feels campy for it, but the characters are interesting and well-acted, making each trip through the same few minutes worth it just to see a different character’s side of things”

3.5/5 â€“ Xbox Hub: “The gathering of evidence, clues and secrets is rewarding, but I fear its lack of interactivity will be a big downside for certain players”

8/10 â€“ Pocket Gamer: “The Fractured But Whole is a brilliantly funny and entertaining RPG perfect for players who love strategy and love South Park. While the more hard-core folks out there may not find much challenge in its combat, its humour is enough to keep you playing on”

8/10 â€“ Nintendo Life: “While itâ€™s a fair few months behind the releases that graced other platforms in 2017, the Nintendo Switch version South Park: The Fractured But Whole isn’t diminished by its later arrival”

7.5 â€“ Nintendo World Report: “There are other areas that could use polishing, but putting up with the little annoyances was worth it to see the game through”

Emily Wants to Play Too