American gamers have a choice between digital or physical for Wild Guns Reloaded (Â£26.99). Sadly, Switch owners in Europe are forced to go digitalâ€¦or import a copy. We imagine most will bite the bullet and opt for digital. PS4 owners in Europe were also forced to cough up almost Â£30 or import. Mercifully, it has retained its value.

It also helps that this retro revamp is genuinely good. Two reviews of the Switch version are currently live â€“ an 8/10 from Cubed (â€œIt’s a lean and compact shoot ’em up that’s consistently challenging and rewardingâ€) and a 7.5 from Nintendo World Report.

â€œWild Guns Reloaded is a great revival of a lowkey Super Nintendo game in a genre that you donâ€™t see much anymore,â€ said NWR. 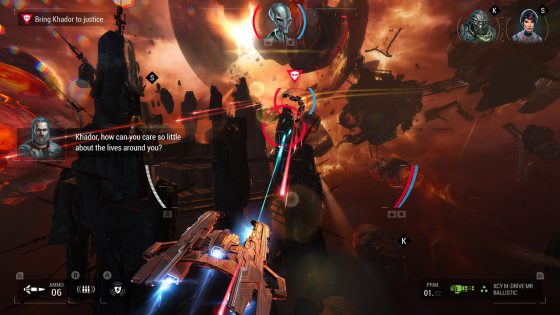 Manticore – Galaxy on Fire (Â£17.99) is another prolific Switch release. This vehicular sci-fi shooter promises a storyline lasting around 8 hours. Itâ€™s a mobile conversion, but one thatâ€™s had extra work put into it, featuring a new HUD and HD Rumble. The first review comes courtesy of IGN Spain, who dished out 7.2.

Then we have Neo ATLAS 1469, an almost full price (Â£37.99!) map charting simulator of sorts. We dare say thatâ€™s a hard sell. The same goes for the officially licensed Skee-Ball (Â£17.99!) which offers numerous gameplay modes and the chance to win virtual prizes. We can’t see this one riding the eShop chart high either.

Hereâ€™s what else youâ€™ll find on the Switch eShop this week:

ACA NEOGEO REAL BOUT FATAL FURY SPECIAL – Â£6.29
REAL BOUT FATAL FURY SPECIAL is a fighting game released by SNK in 1997. Introducing a brand-new two-line battle system, a refinement of the Power Gauge system, and the abolishment of the ring-out system, the battle tactics of this system have been further improved. Along with Wolfgang Krauser, a total of 19 combatants appear.

BAFL – Brakes Are For Losers – Â£4.49
Run in unique tracks inspired by the pop culture of the 80s and 90s, along with funny details and surprising events. Each location takes you to a different setting, from a peaceful caribbean island to a hellish underground, from fabulous Las Vegas all the way to the moon!

It’s Spring Again – Â£1.79
This game intended to develop associational and logical thinking. By following the hints, children help the seasons change. They learn the order of the seasons and create a melody for each of them with a little help from their parents and the narrator.

Neo ATLAS 1469 – Â£37.99
It is 15th century Europe, at the height of age of discovery. Back when the very shape of the world was still unclear, and believed to be flat. Searching for what lies at the ends of the Earth, collecting information about the world, creating their very own world map â€“ but only the finest Admirals may take off on these adventures. You are a trader who charters a boat to take on the massive venture of creating a world map.

Ninja Striker! – Â£3.59
Ninja Striker! takes visuals and music inspired by the 8-bit era and fires them up with modern touches. Heavily stylised around Japanese themes, your goal is to advance forward with as much speed, flair and combo power as possible. You have double jumps, homing attacks and a special â€˜Shinobi Actionâ€™ at your disposal; only by mastering each with sharp reflexes will you make it through your quest.

The Way Remastered – Â£13.49
The Way Remastered tells a story about a member of a space explorerâ€™s team who lost his beloved and cannot accept her death. During one of his expeditions, he discovers ancient writings that testify the existence of a method for obtaining eternal life. Hoping to get his beloved back, he decides to return to the alien planet. However, the planet hides many secrets and dangers that he must face. 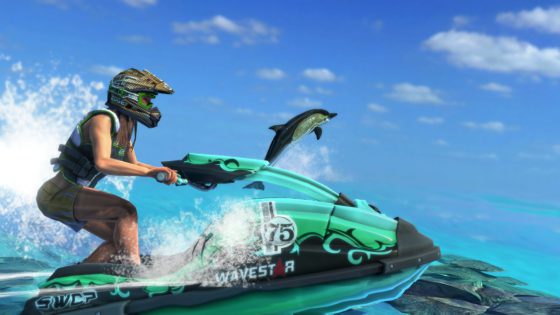 New on Wii U

Aqua Moto Racing Utopia – Â£TBC
Start a single-player career as a championship driver and use your growing skill and earnings to advance until you finally become world champion. Play online* to build a reputation, or sit next to your friends with split-screen local action and laugh as you boost past them on the final stretch. Unlock powerful new watercraft and learn how to stunt like a champion in the Freestyle tournaments.

Dodge Club Pocket – Â£TBC
The underground ravers of Dodge Club invite YOU to play in their pixel dance party. Dodge the red hot fireball and electric spark in a variety of unique mini challenges, each one more wild than the last! As you play, you’ll even unlock mysterious bonus content in the form of “presents”, including new characters, comics by Linzb0t, extra music, and more. Speck and her raver friends can’t wait to meet you, so join the club now on your Nintendo 3DS with Dodge Club Pocket!