PS4-exclusives God of War and Yakuza 6 have more in common than both centring upon parental responsibilities. Sony and SEGA were so confident in review scores being positively glowing that their review embargos lifted long before launch.

That faith was well placed â€“ God of War has gained a slew of 10/10s, along with numerous 9s. Itâ€™s bound to be remembered as one of the most successful reboots of all-time, providing a meatier and more meaningful experience. It pushes the system like no game before it, too â€“ if this isnâ€™t the PS4 running on all cylinders, itâ€™s mighty close. 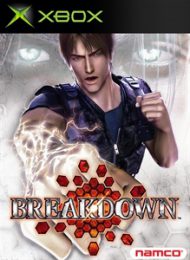 Yakuza 6: The Song of Life was met by a steady string of 8s and 9s. Itâ€™s the third Yakuza game in just over a year, and so there are some signs of franchise fatigue on display. Like God of War, the presence of a child puts a novel spin on the story, leading to scenes with richer depth and emotion.

Itâ€™s the usual assortment of serious storyline quests, and insanely daft sub-sub quests â€“ a combination that works spectacularly well. As for diversions, youâ€™ll find both Virtua Fighter 5: Final Showdown and Puyo Puyo on hand. If youâ€™re thinking that the presence of VF5 alone is enough to justify the entry fee, then we like where your head is at.

What do Xbox One owners have to entertain themselves with this week? Casey Powell Lacrosse 18, and an assortment of new BC titles – Blinx: The Time Sweeper, Breakdown, Conker: Live & Reloaded, The Elder Scrolls III: Morrowind, Hunter: The Reckoning, Jade Empire, Panzer Dragoon Orta and SSX 3. Prices start at Â£8.99, rising to Â£11.99. Alternatively, theyâ€™ll run from original discs.

The end of April sees another batch of titles, including numerous Star Wars games, Destroy All Humans, Mercenaries, and Full Spectrum Warrior. 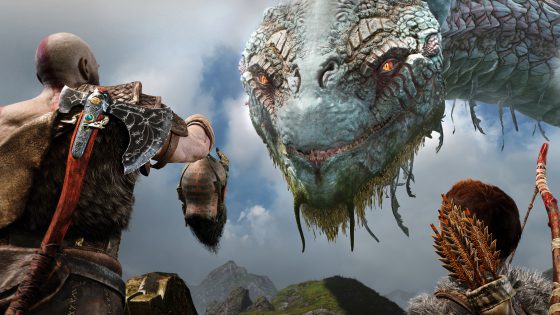 Reviews:
5/5 â€“ The Telegraph: “One of the most gorgeous, spectacular and impactful blockbusters of the generation”

10/10 â€“ Polygon: “Thereâ€™s still plenty of gore, but now the guts have meatiness. Some die-hard fans may fear this isnâ€™t really God of War. I suppose theyâ€™re right. Itâ€™s even better”

10/10 â€“ IGN: “The obvious care that went into crafting its world, characters, and gameplay delivers by far the most stirring and memorable game in the series”

9.75 â€“ GameInformer: “An enthralling experience from beginning to end, with a mixture of great narrative moments and engaging encounters”

9.5 â€“ EGM: “The end game doesnâ€™t expand on the gameâ€™s strengths quite to the extent that it could, but such an omission is only notable due to the uncompromising quality of everything leading up to it. God of War does exactly what it sets out to do, and if it isnâ€™t perfect, itâ€™s damn near close”

9/10 â€“ VideoGamer: “God of War achieves a very impressive balance between the epic and the mundane, between the ultra violent and the domestic. It’s undoubtedly the coolest and most interesting God of War to date”

9/10 â€“ The Metro: “A top-to-bottom revamp of the whole God Of War franchise that matches thrilling, if slightly shallow, combat and exploration with some impressively trenchant storytelling”

8/10 â€“ TheSixthAxis: “A lot of what goes into God of War feels as though it was cherry-picked from the modern gaming zeitgeist. The semi-open world structure, loot system, and a much deeper narrative focus work well, but are all trends being pushed by most other big games”

9.0 – God is a Geek: “Yakuza 6 is a fitting end to a great saga, with fantastic combat and lots to do outside the main story”

8/10 â€“ Digital Chumps: “While it surrenders the sweeping ambition that defined Yakuza 0 and Yakuza 5, it feels sharper, more focused, and more honest about its intentions”

7/10 â€“ Destructoid: “Given more development time, this could have been the definitive entry in the series, but what weâ€™re left with is good enough. Hopefully Kiwami 2 can make some necessary improvements, because the groundwork set by the Dragon Engine is just awesome”