Ladies and gents, itâ€™s a record-breaking week for new Switch eShop releases â€“ 26 games in total, incorporating the usual mix of belated conversions, fresh indies, and retro-releases. On a side note, five demos also debut this week – another new, if tedious, record.

[Update] SEGA’s surprise release of Football Manager Touch 2018 brings the grand total up to 27.
Why the lack of pre-launch coverage? Presumably, because it’s a mere mobile conversion. More details can be found here.

The first reviews of Gal*Gun 2 (Â£44.99) arenâ€™t exactly positive, being a mixture of 5s and 6s. Nintendo Life opted for 5/10 (â€œGal*Gun 2 offers an on-rails shooter experience that gets very familiar and repetitive far too quickly, without ever really providing enough content to keep you hookedâ€), while Nintendo World Report issued a 6/10. â€œIf you can get past the underage ogling thing, Gal*Gun 2 is a fun, if short, game,â€ was NWRâ€™s verdict. 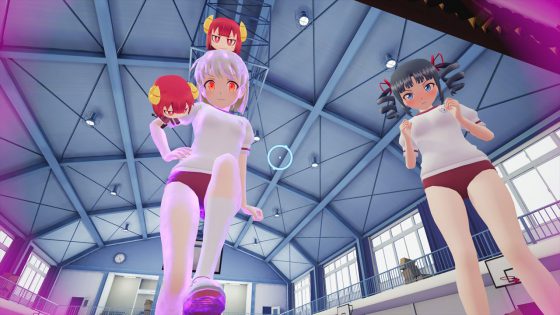 From Wales Interactive we have The Bunker (Â£9.99), a live-action psychological thriller. Or in fewer words: an FMV game. Itâ€™s far better than it has any right to be, offering something a little different.

Donâ€™t Starve: Nintendo Switch Edition (Â£17.99) is another belated conversion well worth considering, including Don’t Starve + Reign of Giants + Shipwrecked. No reviews are live yet, but itâ€™s hard to imagine anything going awry during the jump to Switch.

The Adventure Pals (Â£10.79) is a whole lot newer, hitting the likes of PS4 just a week ago. Reviews for this family-friendly platformer were full of praise, making it worth a look. 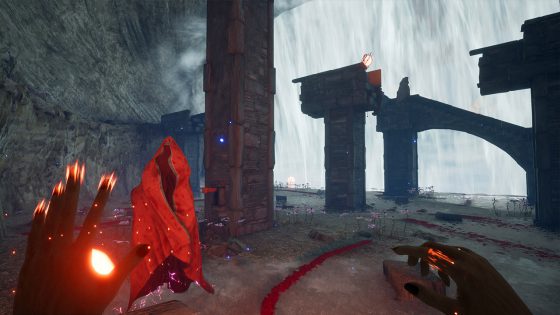 Hellish first person survival horror Infernium (Â£19.99) only hit PS4 at the beginning of April, too. Long loading times and a few technical issues held it back, resulting in scores mostly around the 5/10 mark.

As for new releases, we have Bombslinger (Â£10.79), a wild west set Bomberman alike. It looks like the publisher chose to send critics the Switch version to review, over the PS4/XO versions, which would suggest it suits the Switch best and was designed with it in mind. Nintendo Life ignited a 7/10: â€œBombslinger is a decent game, but its brutal and unforgiving difficulty is sure to turn many potential buyers off,â€ they warned.

Thatâ€™s joined by Deep Ones (Â£4.49), a ZX Spectrum influenced 2D platformer with a few shootâ€™em up stages. We didnâ€™t think much of this â€˜oneâ€™ â€“ itâ€™s sloppily programmed, leading to many frustrating moments.

Masters of Anima (Â£15.99) fares better, being one of this weekâ€™s highlights. Itâ€™s a Pikmin/Overlord alike that involves sending out troops to do your bidding. The combat is a tad brutal â€“ if battles drag on, youâ€™re ultimately screwed â€“ but it still represents good value for money, and itâ€™s rather polished. 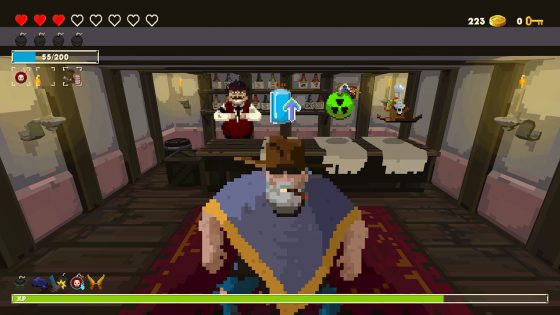 Rogue Aces (Â£9.99) is another gaining good reviews. No review scores below 7.5 so far, in fact.
Itâ€™s a wraparound arcade-like 2D shooter, with procedurally generated landscapes…hence the â€˜rogueâ€™ part of the title. The Sixth Axis awarded it 8/10. â€œInfinite State Games have created something very special here,â€ they said.

As for arcade re-releases, we have the colourful 1994 puzzler ACA NEOGEO Gururin (Â£6.29), vertical shooter Dragon Blaze for Nintendo Switch (Â£6.99), and Johnny Turbo’s Arcade: Bad Dudes (Â£7.99). Are you a bad enough due to rescue the president? Actually, donâ€™t answer that.

Hereâ€™s a roll call of this weekâ€™s remaining releases, followed by eShop discounts:

#Breakforcist Battle – Â£6.99
Are you hungry!? Introducing an all new version of the cult favourite breakfast/exorcism-themed waffle-busting game, #Breakforcist Battle! Use your magic paddle and ball to rescue breakfast with classic brick-breaking gameplay. Work together with a friend in cooperative play or challenge your friends in an all new competitive Battle Mode!

Asdivine Hearts – Â£11.69
Asdivine Hearts boasts of groundbreaking visual quality, plenty of subquests, a battle arena, treasure to dig for, and an enemy guide to complete. By taking puzzle piece-like jewels and setting them in a box known as a rubix, players are able to customise characters! How far can you level and how many millions of damage can you dish out? All these challenges await you and more!

Burly Men at Sea – Â£8.99
Set in the waters of early 20th century Scandinavia, the game’s story branches through a series of encounters with creatures from folklore. You play as storyteller and wayfinder, shaping the narrative around three ungainly heroes. Play through once for a single tale, then set sail again to uncover paths to new adventures.

Drone Fight – Â£4.49
Fly freely over grassland, into tunnels, over canyons and more while competing in an air race over a variety of scenery using items and techniques!

Regalia: Of Men and Monarchs – Royal Edition – Â£22.49
Regalia: Of Men and Monarchs is a tactical RPG about the restoration of a fallen kingdom to its former glory. Embark on an adventure that will remind you of your best JRPG experiences â€“ assemble a party of valiant individuals, manage your realms, forge alliances and vanquish your foes in challenging turn-based combat!

Shelter Generations – Â£18.09
There are two games included in this special digital collection. Shelter 2 (with the Mountains DLC included) follows the life of a mother Lynx. Itâ€™s a journey of parenthood in which nurturing your cubs is paramount for survival. You need to hunt for food and utilise maternal instincts such as calling the cubs closer, making sure they drink water from rivers, and lifting and carrying them from harmâ€™s way. You need to raise them safely until they reach adulthood, with a different experience and circumstances each time you play.

Skies of Fury DX – Â£14.59
Take to the skies and experience WWI as a fighter pilot! Skies of Fury DX offers players the chance to engage in epic, aerial combat in historic Bloody April, 1917, as both British and German pilots.

Super Daryl Deluxe – Â£17.99
Super Daryl Deluxe is an RPGvania with brawler-style combat set inside of a perfectly normal, sprawling, multi-dimensional high school. Like any other perfectly normal school, its students and faculty are going missing and the classrooms have been locked down for weeks. Yes, there’s nothing remarkable happening at WFHS whatsoever â€“ just ask the new principal.

Zotrix: Solar Division – Â£13.49
This, primarily a strategy game, blends game mechanics between tower defense and real-time strategy with hybrid elements such as patrolling ships and navigation towers. You are trusted this important task before the whole network is taken to the edge of the unknown.

Spellcaster’s Assistant – Â£3.59
You are Emmy Epheremelda, a sorcerer in training/magical assistant. Your master is out on a mission and has left you in charge. All was fine and well ’til these annoying Tomeverme showed up and decided to wreck the magical library!

Next week: Ginger: Beyond the Crystal, It’s Spring Again, and BAFL – Brakes Are For Losers.