The Pikmin-alike Masters of Anima is one of this weekâ€™s highest scoring new releases, currently bettered only by the belated Xbox One version of Hellblade: Senua’s Sacrifice on Metacritic.

Masters of Anima sees a young scholar summoning and commanding armies of stone guardians, used not just for combat but also puzzle solving. We found it to be a polished package with a meaty and challenging combat system. The Â£15.99 price tag represents good value for money, too â€“ thereâ€™s at least 20 hours of play here. Weâ€™d go as far to say that some of the greedier publishers out there would have happily charged double. 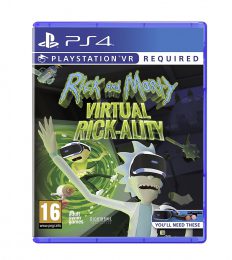 Enter Maximum Games. We hoped Extinction would mark the start of a new chapter for the frugal publisher â€“ the trailer looked impressive, it had a renowned studio behind it (Iron Galaxy, who took over the Killer Instinct reboot), and he core concept of taking down colossal giants was sound. They even felt it deserving of a Â£64.99 deluxe edition. The end result? A dull and formulaic experience, with one centrepiece gimmick recycled endlessly.

Most review scores clock in at 5/10. Not all critics were that generous though â€“ a fair few 3/10s have been handed out, while Gaming Trend gave it a miserable 15%. â€œSomeone, somewhere along the line, should have made the call to cancel this game,â€ they said.

As mentioned, Hellblade: Senua’s Sacrifice arrives on Xbox One this week. The â€˜AAA indieâ€™ did the business on PS4, gaining positive reviews and shifting 500k copies in just three months. Thereâ€™s no reason as to why the Xbox One version shouldnâ€™t repeat this success â€“ it makes good use of the Xbox One Xâ€™s extra grunt, and we havenâ€™t seen a lot of big budget titles on the Xbox One store of late. Youâ€™ll find review scores below.

Indie platformer Deep Ones â€“ influenced by the ZX Spectrum era – is another weâ€™ve reviewed this week. Itâ€™s an extremely low budget platformer thatâ€™s rougher than sandpaper, with more than a few frustrating moments. Echoing our 4/10 review, The Xbox Tavern also gave it a kicking: â€œDeep Ones may be cheap, youâ€™re practically paying to be pissed off.â€

For those with a PSVR headset, survival shooter Time Carnage and Rick and Morty: Virtual Rick-Ality may be of note. Virtual Rick-Ality hit PC (and other devices) last year, gaining favourable reviews despite being a tie-in. From the looks of things, the retail release isnâ€™t due until the end of April. 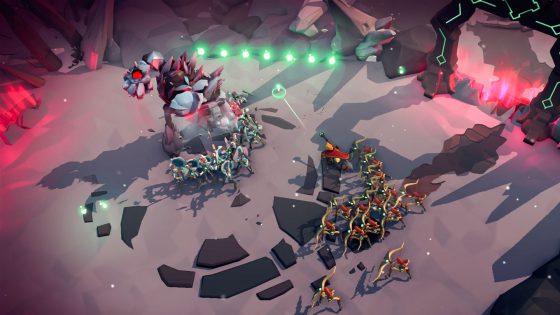 Reviews:
8/10 â€“ Nintendo Insider: “[â€¦] itâ€™s hard not to marvel at the thrill of it all in the thick of battle, and how the many systems that are at play are masterfully woven together”

7.5 â€“ PlayStation Lifestyle: “Masters of Anima is for those who love to multitask. Ordering various groups of guardians to attack multiple groups of enemies while also moving around, dodging attacks and performing combos can make for a very hectic game”

6/10 â€“ Nintendo Life: “Masters Of Anima is no Pikmin, but if youâ€™re looking for a fantasy land filled with tough enemy encounters and a game that’s relatively straightforward, then this one is for you” 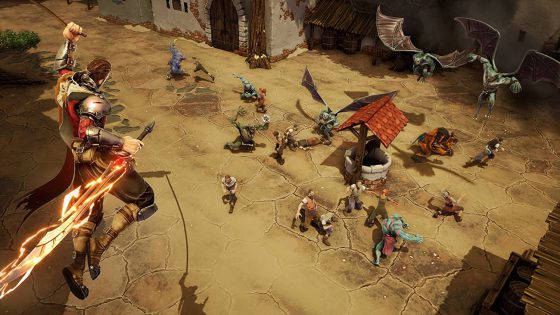 Reviews:
6/10 â€“ Destructoid: “There are some flashes of brilliance every now and then but the over-reliance on the core energy meter idea keeps it imprisoned in the depths of repetitive arcade territory”

4.0 â€“ God is a Geek: “The controls and camera barely work, and the plot is barely even there, told through excruciatingly lifeless reams of dialogue at the beginning and end of each stage; I just canâ€™t recommend playing Extinction”

3/10 â€“ The Metro: “Like most bad games the frustration with Extinction is that itâ€™s not too hard to imagine the better game it couldâ€™ve been, especially given its obvious inspiration” 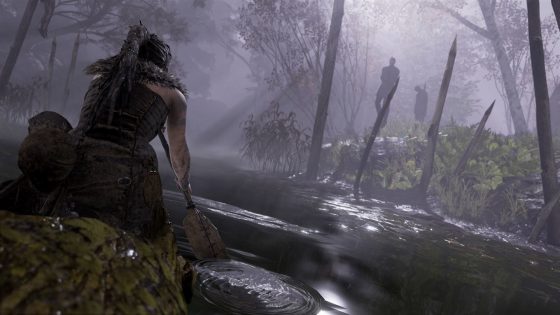 Reviews:
9.0 – Windows Central: “Aside from the linearity and slight performance issues, there isn’t much to fault in Hellblade: Senua’s Sacrifice. It’s a unique title which succeeds in its mission of giving gamers a glimpse into how people deal with psychosis and loss. It also delivers a realistic yet uplifting conclusion in the end”

8.5 â€“ EGM: “Hellblade: Senuaâ€™s Sacrifice is the action adventure genre stripped of its excess, until a smaller, more personal journey remains. While it may feel shallow and lacking for some, those wanting something other than the usual big-budget 70-hour fare will find Senuaâ€™s story to be unlike anything else in recent years”

8/10 â€“ GameSpot: “Though combat is one of the core pillars in Hellblade, the game doesn’t concern itself with offering numerous weapons or complex skill-trees to work through. Aside from some new combat abilities unlocked at key story milestones, Senua’s arsenal of skills and weapons is kept light till the end”