Ubisoft timed Far Cry 5â€™s launch perfectly, it seems. Itâ€™s the UKâ€™s new number one this week, dislodging Sea of Thieves from the top spot while becoming the fastest-selling entry in the series. 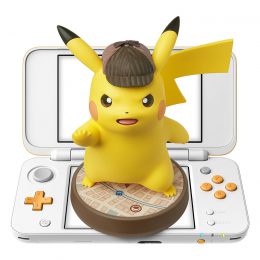 Finally, it had the biggest UK launch of 2018 to date.

The reason for the gameâ€™s success goes beyond the huge marketing push and positive reviews. Itâ€™s the first major â€˜AAA titleâ€™ since Januaryâ€™s Monster Hunter World, and the first entry in the series since 2016 spin-off Far Cry Primal.

AC Originsâ€™ runaway success may have had a positive effect here too, renewing faith that Ubisoft can still deliver a polished and content-heavy experience on day one.

Price drops and retailer promotions have given the rest of the top ten a good shuffle.

Presumably due to word-of-mouth spreading, and an on-going advertising campaign, the 3DS’s Detective Pikachu performed better during its second week on sale, going from #23 to #15.