Nintendoâ€™s â€˜Spring into Actionâ€™ sale is currently underway, featuring over 140 cut-price titles across Switch, 3DS and Wii U. 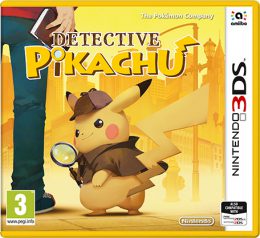 As for games fresh and new, the 3DS arguably receives the weekâ€™s biggest release – Detective Pikachu (Â£34.99), which involves a gruff, talking, Pikachu attempting to track down an 18-year-old university studentâ€™s father.

Nintendo Life dished out an 8/10 earlier today: â€œDedicated fans of the series will likely get the most out of the experience, with the gameâ€™s art, storytelling, and genuinely likeable cast showing the world of PokÃ©mon in a great new light, but weâ€™d urge anyone interested to give this one a go.”

Anime tie-in Attack on Titan 2 (Â£54.99) on Switch gains both a physical and retail release too. Reviews are generally positive, but some critics claim it features a lot of recycled content. The original never hit a Nintendo format, so this may not be an issue for some. 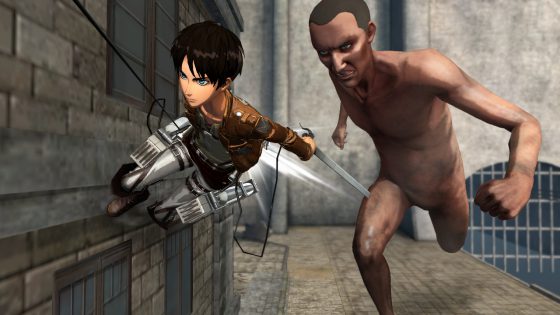 Unlike the above, Shantae and the Pirate’s Curse (Â£14.59) has hit previous Nintendo formats before. We reviewed it back in March 2016, calling the colourful caper â€œa well-conceived amalgam of Metroid, Castlevania and more.â€

Scrolling brawler Gekido Kintaro’s Revenge (Â£13.49) is another blast from the past, first gracing the GBA waaay back in 2002. Details are scarce, but it appears to be a straightforward conversion of the GBA version with visual filters applied. 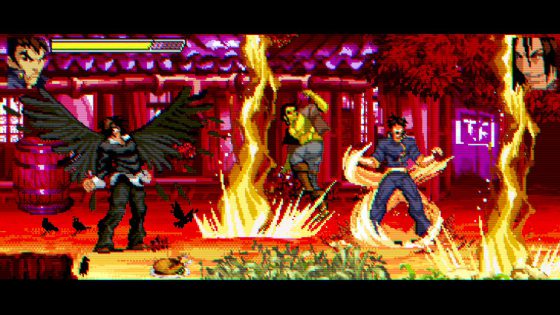 Continuing the theme of seemingly random conversions, two more are on this weekâ€™s agenda â€“ Data Eastâ€™s Gates of Doom (Â£6.99), and the little-known 2D shooter SOL DIVIDE -SWORD OF DARKNESS- for Nintendo Switch (Â£6.99). We reviewed the PS2 version in 2006 (!) and wasnâ€™t left particularly impressed due to its shoddy animation and general ineptitude. Itâ€™s a very peculiar experience. 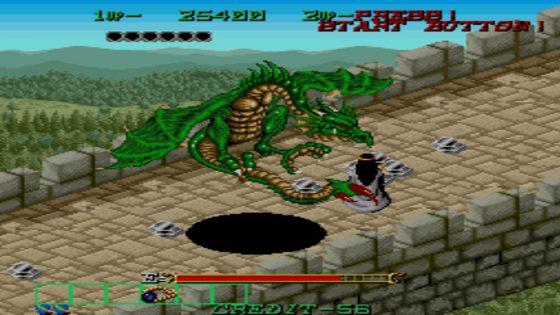 Hereâ€™s what else youâ€™ll find on the Switch eShop this week:

ACA NEOGEO WORLD HEROES 2 JET – Â£6.29
WORLD HEROES 2 JET is a fighting game released by SNK in 1994. It is the third title in the WORLD HEROES series. 16 heroes, villains, and other fighters have gathered to determine who is the strongest in the world. With dashes, back steps, and the addition of a counter system, you can enjoy speedy battles.

NO THING – Â£1.79
NO THING is a minimalistic surreal action game set in a totalitarian regime of future. It tells the story of an office clerk who is sent with an important message to the Queen of Ice.

Swim Out – Â£5.39
Dive into the relaxing and refreshing atmosphere of Swim Out, a strategic, turn-based puzzle game, that will transport you to a sunny day by a swimming pool, river or sea. Plan each of your strokes wisely and be sure to never cross another swimmer’s path if you want to peacefully enjoy the sea view on a cosy chaise longue.

Arcade Archives MOON PATROL – Â£6.29
“MOON PATROL” is a side-scrolling action-shooting game released by IREM in 1982. Control a lunar rover as you jump to avoid obstacles and move forward while defeating enemies that shoot missiles from above or rockets towards you. The goal is to make it through the Beginner Course and Champion Course.