Last weekâ€™s UK eShop line-up was a case of quantity over quality, with 23 games released before the week was out. This weekâ€™s 16 strong assortment of digital releases looks far steadier in terms of quality, despite big name titles being thin on the ground.

The first Scribblenauts Showdown (Â£34.99) reviews are starting to emerge as we type. Sadly, scores so far are mixed, which isnâ€™t particularly helpful for those on the fence. Video Chums enjoyed the sandbox mode but found some mini-games too simplistic, finally opting for a respectable 7.6. Game Crate meanwhile deemed it mediocre, handing out a lukewarm 5.5. â€œIt has fewer puzzles, worse controls and less replay value than any other Scribblenauts title,â€ they said. 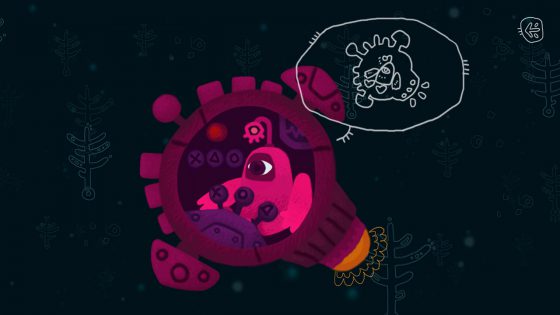 NORTH (Â£2.69) and One Eyed Kutkh (Â£4.49) are two other brand new releases. NORTH has been likened to an interactive art piece; an abstract walking simulator, if you will. Scores are predictably mixed, but itâ€™s certainly cheap enough for anybody curious to take a punt. One Eyed Kutkh meanwhile is an interactive childâ€™s storybook, of sorts, aimed at a slightly younger demographic. â€œThe gameplay remains simplistic throughout, making this a very accessible and easy to understand experience.â€ said the Xbox Tavern (no reviews of the Switch version are available currently).

Then we have Flinthook (Â£10.99), the very well-received grappling-hook based platformer, praised for its art direction and music. Itâ€™s a little bit brutal and old-school – or brutally old-school – but thatâ€™s ok. Scores for the PS4 version were a mixture of 7s and 8s. 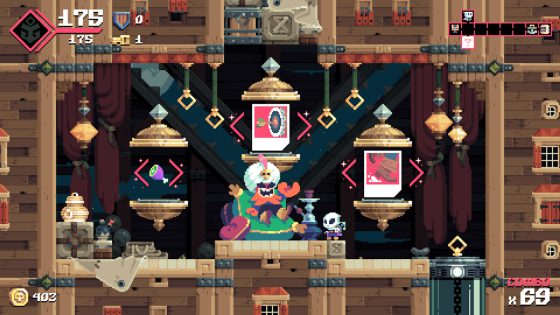 Bleed 2 also hit the PS4 a few months ago, being a short but sweet twin-stick arcade shooter. Itâ€™s certainly worth a look. The same goes for EARTHLOCK (Â£22.49), a traditional RPG inspired by classics from the PS2 era.

The Switch also gets a belated conversion of Kona (Â£17.99), a first-person survival mystery set in snowy 1970â€™s Canada. If you missed it on PS4, hereâ€™s a second chance.

I, Zombie (Â£4.49) is something of a blast from the past, first hitting Steam in 2015 where it gained a reputation for being an inexpensive little time-waster. 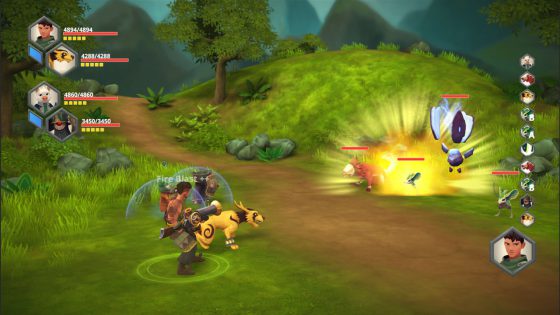 The Metroâ€™s review of 2D shooter roguelike Steredenn: Binary Stars (Â£11.99) went live today, gaining their recommendation (8/10). The Switch version includes an offline co-op mode, which â€“ to quote â€“ â€œmeans that no-one need miss out on one of the most original and fun 2D shooters weâ€™ve played in years.â€

Hereâ€™s a rundown of more new releases due on Switch this week:

ACA NEO GEO REAL BOUT FATAL FURY – Â£6.29
â€œREAL BOUT FATAL FURYâ€ is a fighting game released by SNK in 1995. Using the previous system as a base, isolating the Sweep Button, the inclusion of Combination Attacks, and other elements such as ring outs make for an even speedier and tempo-based play style. Sixteen fighters battle it out to see who is the strongest.

30-in-1 Game Collection: Volume 1 – Â£13.49
Defend your village against Vikings, climb to the top of the tower and overcome obstacles, play a round of hockey, switch colors and pass safely through gates, or play the classics such as snake, memory or cup game!

Bit Dungeon Plus – Â£8.09
You and your beloved friend were captured by demons… You wake up what seems like hours, maybe even days later trapped in a prison cell, and your friend is missing. You find a sword in your cell and vow revenge against the beasts who took your friend – the quest to find your friend one and destroy the demons begins!

TurtlePop: Journey to Freedom – Â£17.99
Master new gameplay with multi-character control and turtle-linking, environment manipulation, item deployment and match 3 mechanics that make challenges even more fresh, intense and fun! They are aided by â€˜The Genieâ€™, who is an airborne support turtle that you can use to manipulate the game world and enhance the abilities of the turtles!

World Conqueror X – Â£8.99
Across dozens of battles and multiple modes, you manage a diverse range of troops and military units in turn-based conflict, utilising advanced strategies such as air defences, while always being mindful of battlefield environments and cities.

Midnight Deluxe – Â£4.99
Use your controller or touch screen controls to launch Midnight into the night sky, but watch out! The world of Midnight is a dangerous one thanks to the likes of spikes, circular saws and plenty of other dangerous objects.

Cycle of Eternity: Space Anomaly – Â£4.49
The story is twisted around three graduates of the space fleet, who fell into a time trap. Trying to get home they get into an even bigger mess. Fight with enemies, improve your ships, go through the story and try to free your heroes from the space trap! Classic turn-based RPG with the unusual story in the space.

Pre-orders for Bombslinger (Â£10.79) and Outlast 2 (Â£26.99) are also live on Switch, with Bombslinger being a roguelike-take on Bomberman. Ponchos at dawn!