Ladies and gents, itâ€™s a record-breaking week for new eShop releases on the Switch â€“ 23 titles in total, varying from (reasonably) big name titles to arcade re-releases. Thereâ€™s definitely some shovelware in there, though, including a slightly worrying amount of card games. 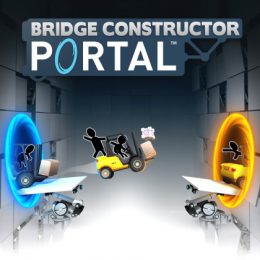 Outlast: Bundle of Terror (Â£19.99) has arrived to mild celebration, taking many gamers by surprise as it had no confirmed release date. The pack includes Outlast and its Whistleblower prequel. Outlast 2 is also heading to Switch, incidentally, with a rough ETA of summer.

Reviews of Bridge Constructor Portal (Â£13.49) are just starting to surface. Sadly, it isnâ€™t good news â€“ GameSpot reports of a game breaking bug and more than a few shortcomings. â€œThis game falls short in just about every area; an amusing story or eye-catching visual design could have at least distracted from the dull puzzles, but you get no reprieve here,â€ they said.

Detention (Â£9.49) â€“ a 2D horror side-scroller set in 1960â€™s Taiwan â€“ is faring better with critics, with the PC version sitting pretty with an 83% Metacritic. 2D platformer Little Triangle (Â£11.69), which recently hit Xbox One, has arrived to a decent reception too, with no reviews currently below 70%. 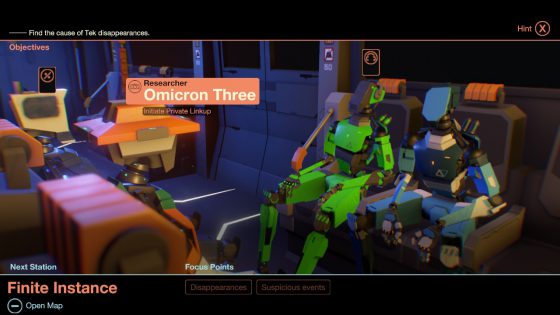 Then we have Mike Bithelâ€™s Subsurface Circular (Â£4.79), a “single-session story which respects your time and your intelligence”.

â€œItâ€™s a lovely little game, the fine work of a developer whose main skill differential is neither coding, art nor level design, but good old-fashioned storytelling,â€ was Polygonâ€™s verdict.

The Final Station (Â£13.49) is another some will be familiar with, first hitting the PC back in 2016. Itâ€™s a single player side-scrolling shooter set in a dying world, which entails protecting survivors as they travel by train, exploring stations as you go. It gets our recommendation. 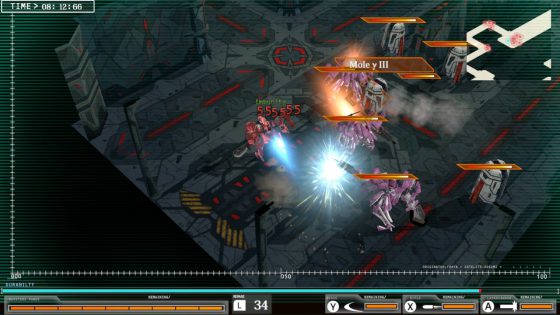 Anything else of note? Well, Damascus Gear Operation Tokyo makes the jump from PS Vita. Itâ€™s a tactical hack and slasher with an appealing art direction. Reviews mostly clocked in at 6/10.

The Trail: Frontier Challenge (Â£11.99) comes from Peter Molyneux studio 22Cans, meanwhile. Explore, collect, craft and trade while making your merry way to Eden Falls, stopping at camps along the way. The PC version has a â€˜very positiveâ€™ rating on Steam, suggesting its well worth a look. A Peter Molyneux game arriving without any wildly ambitious claims? Now there’s a thing. 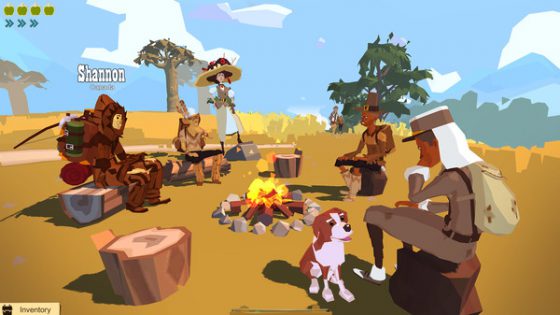 A Hole New World – Â£8.99
Jump and shoot like they did in the good old arcade days. Fight enemies in your world and in the Upside Down World! Defeat gigantic bosses and acquire their powers!

A Normal Lost Phone – Â£5.49
The game takes the shape of a narrative investigation: you have to search the phoneâ€™s text messages, pictures and applications, in order to learn about its former owner. Through this phone, you uncover Samâ€™s life, friends, family and relationships, until the evening when they turn 18 and mysteriously disappear.

ACA NEOGEO SENGOKU 2 – Â£6.29
Take on the role of a warrior summoned by a shrine princess, and fight over various historical periods in order to defeat the dark monarch. Players can enjoy new tactical features such as charge attacks and defensive abilities.

Arcade Archives STAR FORCE – Â£6.29
STAR FORCE is a shooting game released in 1984 by Tehkan (now Koei Tecmo Games). It was very popular due to its variety of hidden bonuses as well as competition for achieving high scores.

Grid Mania – Â£3.59
Solve over 170 levels in four different modes. If you manage to solve all those riddles, the challenge is not yet over: Grid Mania generates random levels which might prove even more puzzling to wrap your head around.

GUILT BATTLE ARENA – Â£8.39
In this frantic 2D couch combat game, you have one bullet to fire at your opponents. After firing your gun, you must rebound your bullet before firing again. This grin-inducing mechanic introduces a new strategic element where thinking about where your bullet will land is as important as where you shoot!

Mulaka – Â£15.99
Dive into northern Mexico’s breathtaking landscapes with Mulaka, a 3D action adventure game based on the rich indigenous culture of the Tarahumara.

Packet Queen # – Â£3.99
This is a competitive-type active solitaire game where you aim for a high score by gathering the necessary packets while avoiding specific colours, and putting them together in poker-style hands.

Poisoft Thud Card – Â£2.69
What is Thud? It’s when the sum of the hands matches other people’s layout. Basic rule â€“ you can discard the same suit as the table card or a number card.

Super Toy Cars – Â£8.99
Super Toy Cars is a tabletop, arcade combat racing game featuring fast and cool looking cars, impressive tracks made of everyday objects and a bunch of power-ups that will let you destroy your opposition.

Totes the Goat – Â£4.49
Happily hop your little goat through this modernised vision of classic and beloved arcade gameplay. Totes the Goat is a charming game with vibrant voxel art and a cast of fun playable characters to unlock. It will have you leaping like a kid in no time!

Anime Workshop – Â£6.29
Character animation is more easy than creating cartoons, and less time and effort! You can post the animation you made on the Internet and show it to your friends.

BRICK THRU – Â£1.39
Welcome to high-speed brick dodging with BRICK THRU. The player must quickly dash left or right finding an open space in the game board as the oncoming bricks try to knock you out. See how long you can go and rack up a high score! Endless fun for everyone!

RTO 2 – Â£8.99
RTO 2 is a side-scrolling first-person shooter with elements from the survival horror genre.