Roughly a year ago we donned our detective garb and tracked down the Wii Uâ€™s rarest game. Relying on completed eBay listings and such, we eventually concluded that BigBenâ€™s shooting gallery Cocoto Magic Circus 2 was by far the obscurest release, commanding over Â£100 (at the time). 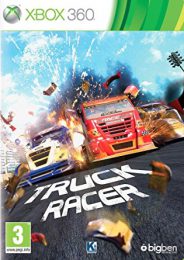 As the sun sets on the humble Xbox 360 â€“ even this yearâ€™s annual sports updates are looking unlikely â€“ itâ€™s time to pinpoint the systemâ€™s rarest title. Because publishers rarely share manufacturing figures, once again weâ€™re left to draw our own conclusions. Fortunately, tracking sites such as TrueAchievements make the task at hand easier, recording player counts and other vital statistics.

It turns out French publisher BigBen has also released a handful of hard-to-find games on both PS3 and Xbox 360 â€“ Truck Racer, Snipers, and My Body Coach 3 for Kinect. At any given time, available copies on Amazon and eBay can be as low as two or three. Amazon France tells a slightly different story, with around eight pre-owned copies available for each. Certainly in the UK, these games are uncommon â€“ popular retailer CeX has no available stock of all three. 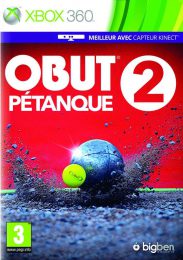 Somewhat unsurprisingly, they eluded critics too â€“ there are zero reviews on Metacritic, leaving just customer/user reviews to go on. All three are allegedly terrible, with Snipers’ Amazon customer rating standing at just one star.

BigBen was responsible for obscure sports sims Handball 16 and Obut Petanque 2 â€“ a French variant of bowls â€“ too. No copies of Obut Petanque 2 are currently listed on eBay UK, but this isnâ€™t a surprise considering it was only released in France.

Handball 16 seems more obscure than rare. Due to being relatively new, in comparison to other games mentioned, Â£20-Â£25 is the going rate.

Going back to CeX, the retailer demands a pretty penny for Konamiâ€™s flight sim Birds of Steel . The 2012 shooter will set you back Â£25 due to low stock. The little-known Tornado Outbreak â€“ a game Konami lost all faith in prior to release â€“ is equally uncommon, currently marked up at Â£18. 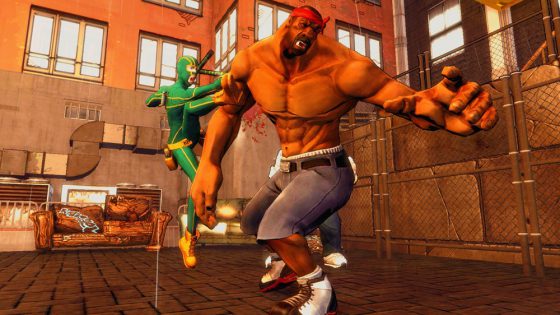 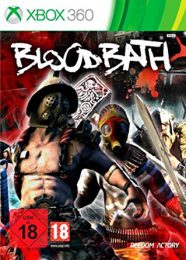 Then we have a double-whammy of brawlers from German publisher UIG â€“ vastly belated movie tie-in Kick-Ass 2 and the 18+ rated Bloodbath, developed by Spanish studio Freedom Factory and released a mere month apart.

Both were delayed several times, eventually reaching the point where it was believed they were cancelled. Not so â€“ they managed to gain extremely limited releases in mainland Europe. Just three copies of each are showing on eBay, shipping from Spain and Italy, while the only the German versions are listed on Amazon UK.

We have reason to believe Kick-Ass 2 launched just as the license expired, as it was only briefly available digitally. Itâ€™s the more common of two, presumably because the license arouses more interest. â€œMost viewed trailer of Universal’s releases in 2013â€ is listed as a selling point; a telling sign of the gameâ€™s quality. Incidentally, thereâ€™s a good chance Bloodbath is the rarest PAL PS3 release. 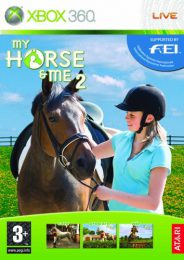 The games we’ve mentioned so far were released during the peak of the Xbox 360â€™s popularity. Looking back at the systemâ€™s early days, Atari (nÃ©e Infogrames) brought a few multi-format games to the then-fledgling format. My Horse and Me 2 and Asterix at the Olympic Games date far back â€“ both can also be found on PlayStation 2.

Weâ€™re on the right track here. eBay and Amazon each have just one copy of Asterix available, while CeX has the mini-game collection marked up at Â£40 with just a few copies located across the country. My Horse and Me 2 is rarer still â€“ two copies on eBay, with â€˜Buy It Nowâ€™ prices of Â£69.99 and Â£79.99, and a brand-new copy on Amazon for an eyebrow-raising Â£250. CeX doesn’t have a single copy in stock but will pay handsomely – Â£34 cash or Â£42 store credit.

This fact alone pips My Horse and Me 2 as the Xbox 360â€™s rarest game. At least in PAL regions, anyway â€“ it looks like Korean Xbox 360 games are starting to skyrocket in value due to scarceness, with Korea-exclusive titles in particular proving desirable.