Hope youâ€™re feeling peckish, as this weekâ€™s eShop line-up presents a colossal platter. Why the food theme? Because the delightfully daft Ace of Seafood (Â£6.69) has made the jump from PS4 to Switch.

Form a school of fish, scavenge the oceans, and take down all manner of aquatic lifeformsâ€¦using lasers and other far-flung weapons. The PS4 version was panned for poor controls, which weâ€™d like to think the developers have since tightened. 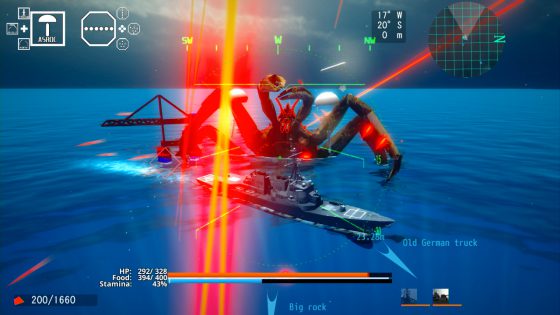 Co-op crime caper Payday 2 (Â£44.99) is perhaps the biggest Switch release of the week. The lack of reviews is hugely concerning â€“ as a game with online co-op play at its core, a shoddy online structure could kill this one instantly. After the WWE 2K18 and RIME fiascos, we suggest waiting for reviews to surface.

Letâ€™s hope that Starbreeze has managed to capture lightning in a bottle â€“ if they’ve pulled out all the stops, they could have another Switch mega-hit on their hands. 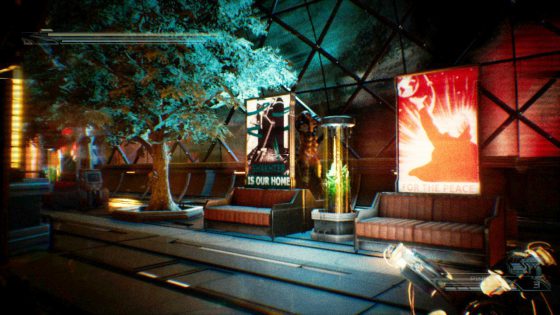 Layers of Fear: Legacy (Â£17.99) is one to bone up on, too â€“ even on Xbox One it had a shockingly poor frame-rate. We didnâ€™t think much of the core concept either; a walking simulator set inside an eerie house, thereâ€™s very little challenge and little in the way to test your brainpower. Despite our thoughts, reviews of this new Switch version certainly arenâ€™t poor, including an 8/10 from Cubed3. Just donâ€™t expect something similar to Resident Evil.

Space Dave! (Â£7.19) has also gained a reasonable amount of attention, being the follow-up to the wonderful Woah Dave! â€“ a single-screen platformer, similar to Bubble Bobble, et al. This successor goes down the space shooter path. â€œEven if it isnâ€™t everything it could be, Space Dave! is still a damn fun shooter and the exact type of game I want to pick up when I only have a few free minutes of downtime available,â€ said Destructoid, before handing out a 7.5. 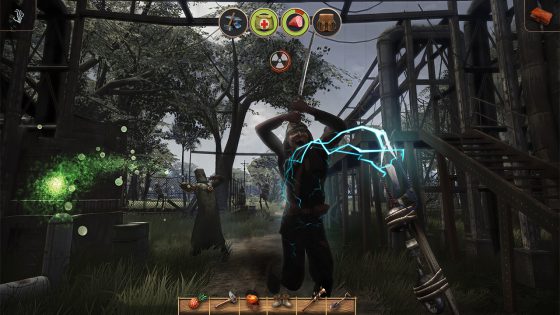 Fourteen other Switch releases are lined-up for this week. Time to roundâ€™em up:

Hollow – Â£17.99
In Hollow, you are one of the pilots that transports precious resource cargo from the mining ship Shakhter-One down to Earth. One day you wake up in an emergency capsule drifting near the facility. You donâ€™t remember who you are, or how you got out there.

POOL – Â£7.19
An easy-to-play Pool game for all ages. Play against another person (two-player) or against the computer, and rediscover the fun and excitement of this classic arcade game.

Puzzle Puppers – Â£4.49
Puzzle Puppers is a puzzle game about stretching cute dogs to their food bowls. Easy to learn, difficult to master, with deceptively simple puzzles and mechanics.

10 Second Run RETURNS – Â£4.32
The legendary action game 10 Second Run is back! The rules and controls are simple: move sideways and jump and dash to get to the finish line in under 10 seconds!

Arcade Archives HEROIC EPISODE – Â£6.29
Control a heroic soldier on the ground and in the air as they battle their way to retrieve the stolen goddess statue. Utilise their laser with its normal shots and power-up shots to wage this battle.

ACA NEOGEO MAGICAL DROP III – Â£6.29
Magical Drop III is a puzzle game released in 1997 by Data East. With adjustments and additions to the system from Magical Drop II, this version is much more lively and chain-based than its predecessor. Along with the addition of the Magical Journey mode, there are now more ways to enjoy the action.

Dragon Sinker – Â£11.69
Employing 8-bit graphics and sound that hark back to the golden era of RPGs, Dragon Sinker brings a visual and audio feast to the table of hungry gamers starving for the nostalgia of the great classics of yesteryear!

Typoman â€“ Â£9.99
You slip into the role of a character made of letters, struggling to make your way through a dark and hostile world. Despite your small stature you have a powerful gift â€“ you can craft words which will have an effect on the environment! Hereâ€™s our review of the Xbox One version.

Twin Robots: Ultimate Edition – Â£7.99
Watt and Volt are two twin robots, who have been forgotten by time and abandoned in an old robot factory. Marked as defective by mistake, if they wish to prove themselves as deserving a place in todayâ€™s world, they must pass a series of grueling tests.

Radiation Island – Â£8.99
Radiation Island is a survival adventure game where you craft your own destiny in a huge open-world environment. Hunt wild animals, fish or gather fruits to overcome hunger. Mine for resources and craft weapons, tools and basic vehicles. Find hidden treasures, equipment and fire arms to prevail in a world full of perils: radiation, anomalies, harsh weather and enraged zombies.

Superola and the Lost Burgers – Â£4.99
Superola and The Lost Burgers is an epic, retro-style platforming adventure, in which youâ€™ll have to guide a burger loving llama in its quest to defeat the Hotdog Aliens and recover the stolen hamburgers…before they get cold!

Toki Tori 2+: Nintendo Switch Edition – Â£13.49
Toki Tori 2+ is better than ever on Nintendo Switch, with lots of gameplay tweaks and even some new secrets and puzzle solutions. Plus, you can now create checkpoints wherever you like, allowing for easy experimentation. 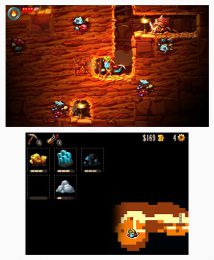 The New 3DS and 3DS also receive a new release each – side-scrolling first-person shooter RTO 2 (Â£8.99) on the former, and the super SteamWorld Dig 2 (Â£14.99) for the latter. Image & Form come full circle with this belated conversion â€“ the humble 3DS was the system the original launched on.

As for Switch discounts, Black the Fall, Nine Parchments, Tumblestone, Slime-san, Heart&Slash and a few others are all due a drop. Take a look at the full list here.