Itâ€™s doubtful Metal Gear fans are eagerly awaiting the arrival of Metal Gear Survive. The first Metal Gear to be released without Hideo Kojima at the helm, it was instantly labelled a cynical attempt to jump on the zombie shooter bandwagon using the prestigious Metal Gear name as a selling point.

But hereâ€™s the thing â€“ first impressions arenâ€™t entirely awful. It may end up being a â€˜goodâ€™ (if not great) survival game. Thereâ€™s no shaking the brazen way Konami has attached the Metal Gear name to it though, and for that reason alone itâ€™s bound to be forever frowned upon. In an ideal world, Konami would have distanced it further from the franchise, a la Resident Evil and Umbrella Corps. 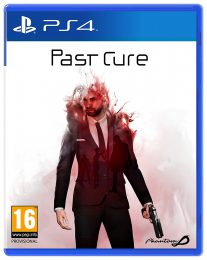 The first review went live today â€“ a lukewarm 3/5 from Cheat Code Central. â€œMetal Gear Survive feels like a prototype, an idea on paper that was quickly turned into a game and strapped to a retail rocket without proper consideration of what the Metal Gear name means to people,â€ they said. However, Forbes warned of any pre-launch reviews as servers went live just a few hours ago. â€œTake anything that comes out this week with a grain of salt,â€ they advised.

A few of this weekâ€™s other big-name retail releases are currently review shy, including Sword Art Online: Fatal Bullet â€“ which makes an unlikely Xbox One appearance â€“ and the Switch version of PayDay 2. Itâ€™s a similar case of the psychological thriller Past Cure, which has received very little pre-launch coverage whatsoever.

We can at least vouch for run â€˜n gun platformer Rad Rodgers, which garnered 7/10 from ourselves. We compared it to Earthworm Jim, due to Radâ€™s foul-mouthed sentient console tagging along as a backpack buddy, able to wallop foes and help Rad reach new heights.

It loses the â€˜World Oneâ€™ subtitle from the 2016 PC version but gains new bonus stages and two new levels. World Two is still in the pipeline, so donâ€™t be fooled into thinking this is a full package â€“ what we have here is the first part of an ongoing adventure. Itâ€™s available both digitally and physically at a not-too-shabby Â£15.99.

Xenon Valkyrie+ offers similar shooter fare. â€œThis is an enjoyable, rewarding game that will satisfy those looking for a slightly stricter rogue-lite,â€ reported PlayStation Country, before handing out a solid 7/10.

Review scores for deep space adventure The Station havenâ€™t been quite as high, mostly due to the fleeting two-hour playtime, while the slick puzzle adventure Apex Construct looks like another worthwhile purchase for PSVR owners. Weâ€™ve rounded-up reviews for both below. 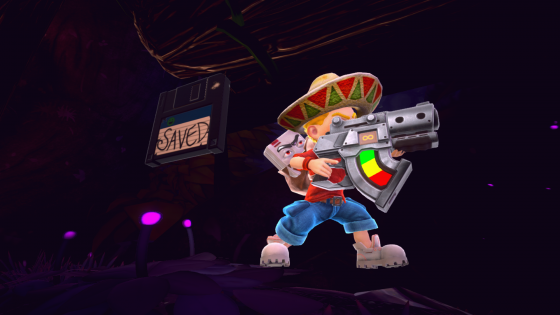 8/10 â€“ Square XO: â€œRad Rodgers is a decent 2.5D platformer which brings together various aspects of all the old 2D platformers we love and slapped on a modern look. The writing is funny, the story is entertaining and the references thrown in here are sure to make everyone who gets them smileâ€

7.5 â€“ PlayStation Lifestyle: â€œItâ€™s genuinely difficult to not be charmed by the foul-mouthed shenanigans of Rad Rodgers. The game somehow manages to morph extremely dated design ideals into a form that is palatable to the modern console crowdâ€ 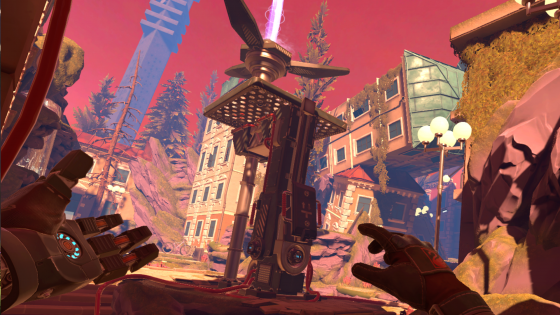 Reviews:
10/10 â€“ VRFocus: â€œApex Construct is the standard by which future VR titles will be judged, and an indicator that VR has stepped up its gameâ€

8/10 â€“ PSU: â€œThough not without its faults, Apex Construct offers up an attractive, cleverly constructed and well crafted marriage of action and puzzle solving elements that demands your attentionâ€

7.5 â€“ Upload VR: â€œItâ€™s a rare chance to jump into an expansive journey and become a part of an engrossing world, warts and all. It proves that VR developers can now deliver the adventures we dreamed of having when we first picked up our headsetsâ€ 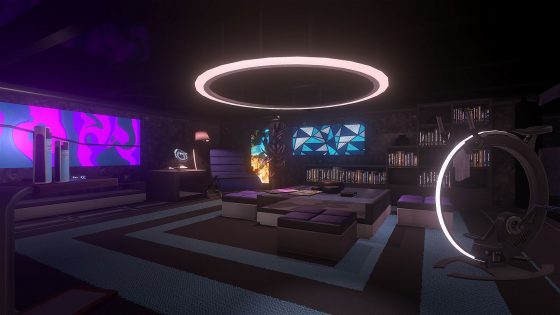 Reviews:
3/5 â€“ The Xbox Hub: â€œThe Station is an enjoyable experience, with a pleasing balance of exploration and puzzle solving. Sadly, it isnâ€™t what youâ€™d call a long game, as after finishing it first time round, my game time was just about two hours in length [â€¦]â€

6/10 â€“ The Xbox Tavern: â€œThe Station looks great, plays well, and builds suspense through its well designed atmosphere. I was quite disappointed with its short length, and whether or not this will be built upon in due course remains to be seen. This is an easy ride for completionists, but will certainly leave those that enjoy a meaty sci-fi serving, wanting for more, much moreâ€

6/10 â€“ VideoGamer: â€œThe Station is delivered with polish and flair, but the trouble is that what you receive doesn’t feel very new, and I’d love to see this studio throw out something a bit weirderâ€