Thanks to featuring some delightfully playful tech, first impressions of this physics-based puzzler are incredibly positive. Youâ€™re presented with a sandbox filled entirely with squidgy clay, which can be manipulated by carving into objects, adding new blocks, and deforming surroundings to create slopes and other means of reaching mission objectives.

Itâ€™s the small touches that really impress. While under your control, objects (balls, mostly) become grubbier over time, smeared with the traces of whatever surface theyâ€™re currently bounding over. Bring the camera in close and you may spot the occasional fingerprint too. To top it all off, many puzzles are centred around a handy rewind feature, which leaves copies – or stamps, as theyâ€™re known – of objects left behind in order to fill in gaps and repair structures.

After spending around half an hour creating makeshift staircases out of blocks, carving ravines and gullies for mysterious blue goo to flow into, and reaching waypoints high off the ground â€“ all in the name of clearing objectives off a list â€“ it soon emerges that developer Second Order, a studio formed of just three people, hasnâ€™t put this delightful tech to the best possible use. 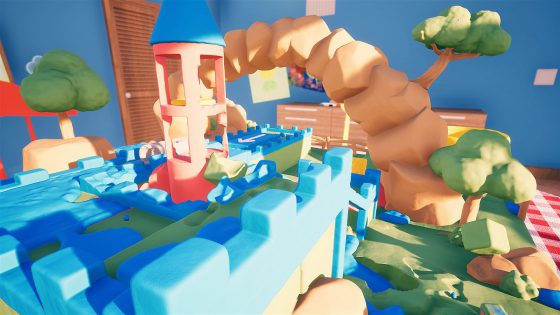 Thatâ€™s to say, whatâ€™s on offer here (Claybook is still in early access) doesnâ€™t come remotely close to meeting its potential, feeling like a small slice of something bigger thatâ€™s still to come. To call it an elaborate tech demo would be unfair, however â€“ the structure of a typical puzzle game is in place, including a three-star rating system, and each mission is set in its own clay world with different structures and obstacles, with the final stage taking place in a colourful Mexican town.

To elaborate, 17 missions feature in total. Book One is formed of ten missions, including the tutorial and a simplistic time-trial race, while Book Two has seven tougher missions set in a candy realm, two of which are endless races. All missions are ranked against time taken, and in a few instances, the end goals are tricky to reach, making you think carefully about the order in which to tackle things. 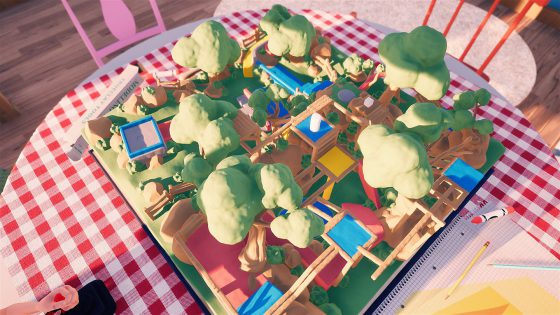 When taking into consideration that even later missions can be whizzed through in around five minutes, give or take a minute or two, itâ€™s easy to feel a little short-changed. We saw everything on offer in around two hours, leaving just the level creation tool to play around with. If only there was a way to share creations with the rest of the world.

Despite only a small smattering of missions being present, objectives soon feel overfamiliar. Itâ€™s as if Second Order could only think of a handful of tasks for players to overcome. Filling tanks with fluid, by diverting streams of goo with impromptu dams or making pathways in the environment, is an objective found within most missions. Other tasks meanwhile include rubbing out certain objects â€“ such as chocolate rabbits â€“ by smashing into them with the carve tool activated, and filling in designated areas via the stamp tool.

And while the time trial stages have a hint of Super Monkey Ball about them, precariously steering balls along narrow paths, the rewind feature removes most of the challenge. 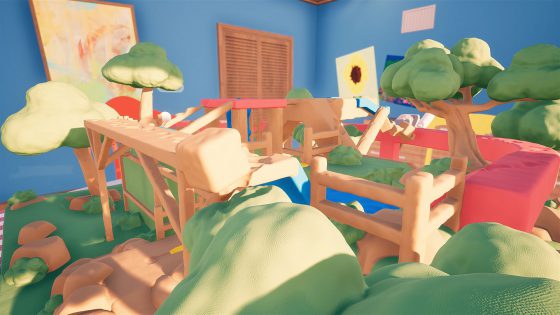 Claybook still has the potential carve to its own niche on the digital storefronts. The fundamentals are in place, and it has an original and inviting concept. Sadly, itâ€™s severely lacking in content in its present state, and Second Order would do well to implement a few more objectives to help keep things fresh. We really hope that the next update features a bucket full of new ideas and playthings.

Realistically, weâ€™d expect 2-3 evenings worth of progressively tougher puzzles to play through, at the very least, rather than the 2-3 hours of do-it-yourself content it currently presents.

The menus are more functional than fancy too, hardly embracing the smorgasbord of colours and found elsewhere. As for the joystick clutching dead-eyed child that watches and mimics your every move, letâ€™s just say that if something was to happen to him between now and the next build, Claybook would be an even brighter place.

Claybook is available now on Xbox One as a ‘Game Preview’ release, with a PS4 version planned for later in the year.