Despite launching on Tuesday, reviews of Dissidia Final Fantasy NT are worryingly thin on the ground. The only review online at present comes from Digitally Downloaded, who handed out an encouraging 4.5/5. â€œDissidia Final Fantasy NT is not a fighting game. Not really. Itâ€™s a strategic action game and is a clear attempt by the publisher to spin the Final Fantasy franchise into something that can work in the world of eSports,â€ they said. 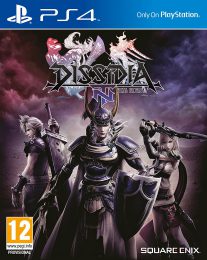 The fact that itâ€™s very eSports orientated has riled fans â€“ the Metacritic user score sits at 6.3, with several users complaining of weak fighting mechanics and a disappointing story mode. It’s a Dissidia game in name only, it seems.

UFC 3 meanwhile is a marked improvement over its predecessor, with scores being a mixture of 7s, 8s and 9s. A few critics complained about the robot-like animation, but most were impressed with the presentation and new campaign mode.

Call of Duty: WWII – The Resistance is generating a mild buzz on the download services, being the popular shooterâ€™s first significant piece of DLC. Destructoid felt it was worth 7/10, reporting that it â€œdoesn’t really stray too far from what we’ve been given in the retail version of WWII.â€

The PS4 and Xbox One also receive Wulverblade, a cartoony beatâ€™em up that hit the Switch late last year. Reviews were generally full of praise. â€œThe action rarely becomes too repetitive because there are always multiple ways of dealing with the hordes of enemies which present a genuinely stern test, even for seasoned players who fondly recall pumping coins into the likes of Golden Axe and Final Fight all those years ago,â€ said Nintendo Life, who awarded it 7/10.

A trio of new PSVR titles also launch this week, including wild west shooter Cold Iron, the quintessentially British mini-game collection Pierhead Arcade, and the RTS/FPS hybrid Out of Ammo. Youâ€™ll find scores for that last one below. 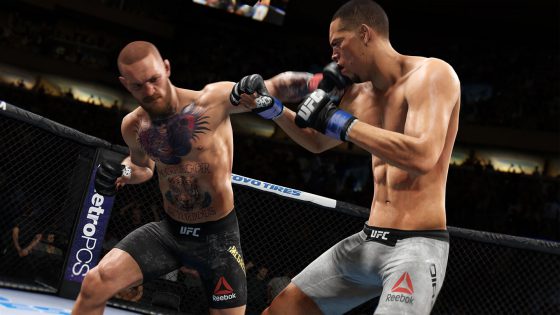 Reviews:
8.75 â€“ GameInformer: “With an exceptional career mode and improved gameplay on top of its predecessorâ€™s already-strong offerings, UFC 3 is the best MMA game ever released”

8.4 â€“ Forbes: “With a focus on depth and functionality, the EA UFC 3development team has created the strongest version in their series. A few minor missteps and the reluctance to embrace or include a true-sim component keeps it from GOAT status. However, there’s no question it’s a titleholder”

3.5/5 â€“ Trusted Reviews: “EA Sports UFC 3 is a fine attempt at recreating one of the most complicated sports on earth; a dynamic, exciting and often thuddingly violent fighting game that makes marked improvements to its striking game, but just like poor old Francis NGannou, still needs a lot of work on the ground”

Out of Ammo â€“ PSVR 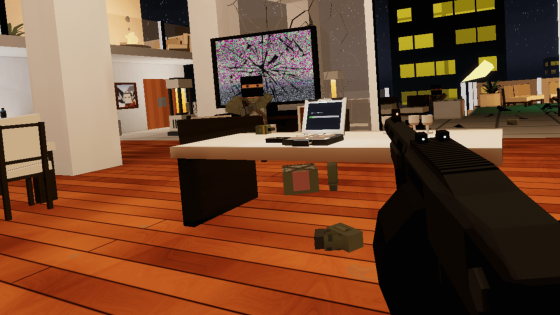 Reviews:
7/10 â€“ PlayStation Country: “Out of Ammo is a great example of how to mix RTS and FPS gameplay into a viable package. It may be showing its early VR age now, but the gameplay is still as simple and fun as ever”

6/10 â€“ The SixthAxis: “Out of Ammo is a decent experience that blends RTS and FPS together, and if can be fun if you want something quick and not too taxing. However, itâ€™s a game that shows its hand very quickly and doesnâ€™t offer much beyond that”

2.0 â€“ PlayStation Lifestyle: “The pitch for Out of Ammo sounds interesting on paper, but the execution is probably the worst PSVR game that I have ever played”