YouTube in 2007 was remarkably different to the YouTube of today. The ink was still yet to dry on the Google takeover contract, and the term â€˜YouTube Celebrityâ€™ was yet to be bandied about â€“ the likes of PewDiePie, JonTron, Markiplier and others were still to make their debuts. Even Minecraft â€“ a game synonymous with the site â€“ remained a twinkle in Notchâ€™s eye.

As for the current gaming scene, the Wii and Nintendo DS were flying off shelves, Activision had just hit the jackpot with Call of Duty 4: Modern Warfare, and both the PS2 and GameCube were still alive, albeit merely surviving on a diet of terrible movie/cartoon tie-ins. 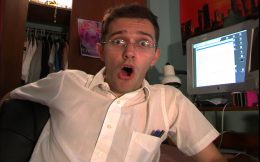 It was around this time that publishers started investing more time and money in glitzy trailers for their big-budget current-gen releases, believing a lavishly produced trailer would have more of an impact on pre-orders than a playable demo. See also: the death of the humble magazine demo disc.

Soon, we noticed an increase in game trailers in our inbox, mixed in with the usual press releases and such. Sometimes these trailers would even be directly attached to the e-mail, despite weighing in at over 100MB. Usually, though, theyâ€™d be attached as a WinZip file â€“ still common practice.

WordPress â€“ Games Asylumâ€™s backend â€“ had a 99MB upload limit at the time, and so we set-up a YouTube channel to host trailers, development diaries, in-game footage, and other tidbits the PR companies were filling our inbox with. These were then embedded in previews and news pieces, with leftovers used for a weekly trailer round-up. The PR people we dealt with at the time didnâ€™t seem to object to us uploading these assets to YouTube. In fact, they were thankful for the coverage.

Now seems a good time to point out that we never made a single penny from our YouTube venture. We did see a slight increase in traffic via links in descriptions, and publishers seemed to be more forthcoming with review code, but these were the only notable benefits. We should also note that we werenâ€™t generating our own content, aside a couple of videos taken during a vacation to Tokyo.

Over the space of a year or so the channel amassed around 3k subscribers. The video count stood at around 300 trailers and gameplay clips, most of which had around ten thousand views. There were a few unexpected â€˜big hittersâ€™ too. The trailer for EAâ€™s Harry Potter: The Order of the Phoenix tie-in had surpassed a million views, and a few others were fast approaching 500k. 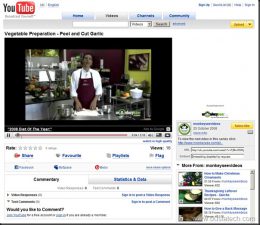 EA often claimed ownership of trailers we uploaded. To elaborate, weâ€™d simply receive an automated e-mail stating EA had claimed copyright and that we had permission to use their trailer on our channel. â€˜Status: allowedâ€™ was the term used. Any video claimed by EA would now feature adverts from EA games, however. YouTube was primarily viewed on desktops at the time, as opposed to mobile devices â€“ the iPhone 3G was still a year away â€“ and so these adverts took the form of banners for the likes of the then-upcoming Mass Effect 2, MySims, et al.

We were fine with this, of course. These videos belonged to their respective publishers. Then one day something happened that made us question as to whether we were indeed infringing copyright.

Warner Bros. had successfully managed to have the trailer for the 2005 movie tie-in The Chronicles of Narnia: The Lion, the Witch and the Wardrobe pulled from our channel. This was due to copyright violation, and the automated e-mail from YouTube stated that if we continue to upload copyrighted material, then our channel will be evaluated and possibly taken down. 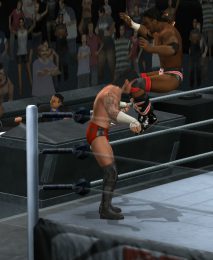 This posed quite the quandary. PR companies were regularly sending us videos, as well as review code, in order to promote their games. Yet when once said videos were uploaded to YouTube, they were being hit with takedowns. Other streaming sites existed at the time, including the now-defunct Game Trailers. IGN and GameSpot, to this day, still upload unedited trailers on YouTube too.

The decision was made not to upload anything from Warner Bros. – The Chronicles of Narnia was our first strike, and we didnâ€™t want to risk another. Sadly, it wasnâ€™t long until we were hit once again. This time it wasnâ€™t a video game publisher, but rather the almighty WWE.

Gameplay footage of THQâ€™s WWE SmackDown vs. Raw 2008 on Wii had caught their attention. Word has it that WWE will try and remove any YouTube video with â€˜SmackDown vs. Rawâ€™ (or similar) in the title, believing it to be match footage. This wasnâ€™t a new video (it was knocking on a year old) but that didnâ€™t matter to WWE. It was targeted for removal, and we were to have no say in the matter.

Not only was the video removed, but our entire channel on grounds of repeat violation. The whole shebang â€“ all 300 videos with 3 million views combined, gone in a heartbeat. YouTube was seemingly run on auto-pilot back in 2007, with all e-mails being automatically generated. An attempt to reach an actual human and reinstate the channel was ignored.

I penned a hastily cobbled together rant, which Wired unexpectedly took note of, and that was the end of it. Comments on the rant werenâ€™t particularly kind, with numerous commenters taking WWEâ€™s side: â€œIf youâ€™re uploading footage thatâ€™s property of WWE, then you deserve to have your channel taken downâ€. The fact that it was gameplay footage of a WWE game from THQ had failed to register with the majority. Adding further insult to injury, a review copy of the latest WWE game arrived in the post just a few days later, along with a press pack containing videos and screenshots.

We learned the hard way that even game trailers, the sole purpose of which is to actively promote something, are protected by copyright law. In hindsight, we should have taken the â€˜fair useâ€™ route and added commentary to each. Even then though, takedowns would still likely occur from time to time â€“ it was if the channel was destined to be hit with copyright violation claims, no matter what.

We thought we were doing publishers a favour while getting into their â€˜good booksâ€™ by sharing trailers online, and in turn generating new trailer announcement news pieces and trailer round-ups for these hallowed pages. A well-intended belief that, ultimately, backfired spectacularly.