For a few years I stopped gaming.

There were a few reasons. A new relationship meant that I just didn’t have much alone time anymore (and my other half didn’t really care about any game that wasn’t Zuma), I’d started getting into modern boardgames instead, but mainly I just fell out of love with games. I found myself spending more scanning the digital storefronts than loading up the games. They seemed to become almost a chore. 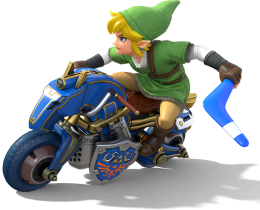 However, I always missed them. I’d still read the gaming news. I was always waiting to get back into them.

I actually bought a PS4 at the beginning go the year, hoping to get some of the old enjoyment back. I played Persona 5, a sequel to a game I loved and plunged hours into, but I just bounced off it. Its extended tutorial was just too long and dry for me. I tried Uncharted 4, a game many people raved about, but it just seemed like a following-an-NPC-down-a-corridor-whilst-they-explain-the-plot sim. I spent quite a few joyless hours in Final Fantasy XV, trying to make sense of the story, wondering if my nostalgia had hidden the sins of the PS1 versions. I went back to browsing the storefront, reluctant to actually load up a game.

Then, a few months ago, my friend brought around his Nintendo Switch. We played a few games of Mario Kart 8. The next day my dusty PS4 was traded in and my (neon) Switch was bought. I haven’t looked back. It fits into my life absolutely brilliantly. I’ve enjoyed my time with Odyssey in particular, its moon challenges coming in wonderful bite-sized chunks. I’ve played tons of Rocket League in bed. I’ve easily carried the console around to friends and relatives houses for games of the Jackbox party games.

There are some kinks, sure, but by untethering the console from the TV, the Switch has completely brought back my love of gaming. My other half has even joined in, taking a massive fancy to Puyo Puyo Tetris.

The Switch has got me gaming again. And enjoying it. Oh, how I missed you, Nintendo.