The pickings are slim on the Nintendo eShop this week. There are no new 3DS or Wii U games to speak of (yes, the Wii U still receives the occasional new indie title), while the Switch sees just three new releases. 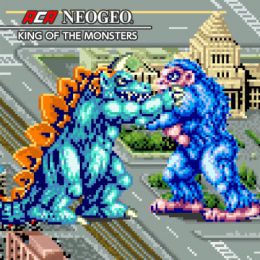 SNKâ€™s giant monster brawler was one of the more renowned NeoGeo titles, also gracing both the Mega Drive and SNES.

If you have eShop credit in your virtual wallet and none of these takes your fancy, then youâ€™re in luck â€“ Nintendo has just launched a Happy New Yearâ€™s Sale, featuring numerous first-party titles.

Here are a few handpicked recommendations:

Itâ€™s worth pointing out some of these discounts are only available to My Nintendo members. Check Nintendo.co.uk for the full list and more information. The ever informative Nintendo Life has a full list, too.

Next week: The Escapists 2 (now available to pre-download), and Never Stop Sneakin’.