It doesnâ€™t seem fair to apply a review score to this free add-on, because, and as the name suggests, itâ€™s a new mode rather than a full-blown expansion. To put it into perspective, it would be like giving a new harder difficulty setting the review treatment. Sure, we could talk about how tougher and more challenging the subject matter now is, but the core game is fundamentally unchanged.

Capcom Heroes Mode is a simplified version of DR4â€™s main campaign, featuring Frank West cosplaying as vastly overpowered Capcom characters. Thatâ€™s simplified in the sense that itâ€™s no longer possible to craft or carry weapons, there are fewer boss battles, and all side-missions can be easily ignored. Only items that provide health can be carried, putting the focus on wiping out the zombie hordes with overpowered attacks rather than Frankâ€™s crude homemade arsenal. 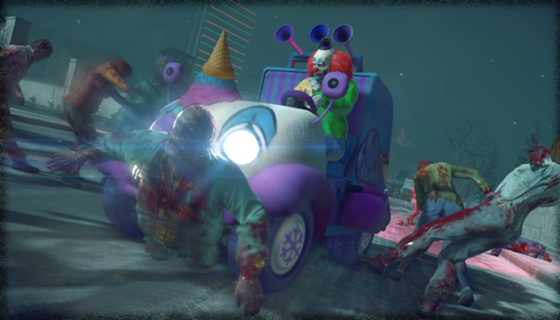 Classic Frank â€“ dressed in DR1 garb â€“ acts as the default character, complete with a melee attack that sees the famed photographer fabricate chainsaws and mallets out of thin air. Akuma and Amaterasu (Okami) take a degree of time and effort to unlock; the remaining 15 characters are mostly gained by progressing through the storyline or as a reward for finding the â€˜Capcom Starsâ€™ hidden across Willamette. The fact that characters are unlocked slowly helps to keep things feeling fresh, even though some are more useful than others. Poor old Viewtiful Joe can’t hold a candle to Mega Man.

Other collectables to look out for include overflowing treasure chests, and posters featuring artwork from various Capcom classics, maps for both of which can be purchased from item vendors. On top of all this, glowing challenge icons can also be found in certain locations â€“ each character has two unique trials to beat, being either score or time-based.

While it may sound like thereâ€™s a lot to discover, the general difficulty level has been lowered to the point where the main campaign â€“ still comprising of six cases â€“ can be easily beaten in around 4-5 hours, as opposed to the 15-20 hours it usually takes. 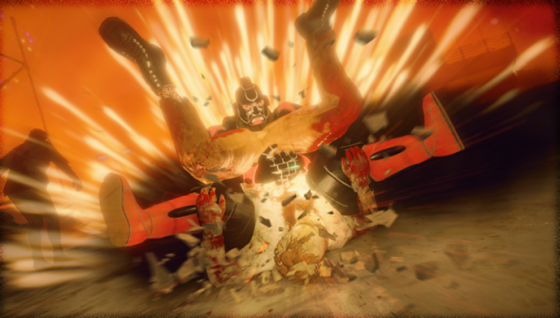 All 17 new characters (read: new outfits) have three super attacks, each intended to wipe out large crowds of undead. The five Street Fighter characters (Cammy, Ryu, M. Bison, Mecha Zangief and Akuma) can throw fireballs and perform their signature attacks and combos, while Dante â€“ another early character â€“ can whittle down large groups of zombies with his revolvers Ebony and Ivory. Jill Valentine meanwhile can pull out a rocket launcher. Many of these moves are accompanied by elaborate and flashy animations, corny one-liners and – in some instances – retro sound-effects.

Sissel from the Nintendo DS classic Ghost Trick is probably the most obscure character. The sharply dressed detective also has the oddest move set, able to turn into a washing machine that can crush crowds, and throw random in-game objects at foes. He also has a machine gun attack with a spread shot, which is impossible to manually aim. This makes Sissel a tad useless during boss battles, but thankfully the arcade cabinets used to change characters are frequently found. A good thing too, considering Frank can only remain in cosplay for five minutes. 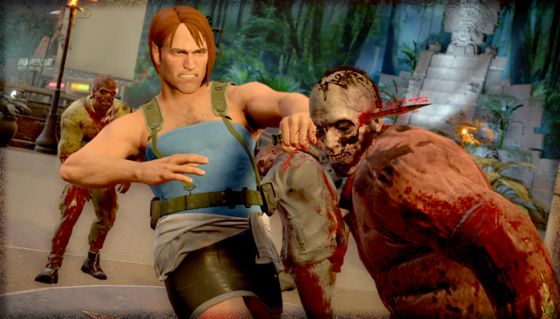 Each character also has an achievement/trophy linked to them, most of which are amusing to unlock â€“ complete an investigation while dressed as Sissel, destroy 10 cars while playing as a Street Fighter character, kill 500 zombies with Ryuâ€™s hurricane kick, etc.

This not only provides something to focus on, but it also prevents combat from being one dimensional. Indeed, chances are achievement hunters will get the most out of this, as it doesnâ€™t feel like a right old Capcom love-in like Super Ultra Dead Rising 3 before it. The difference, of course, being that Super Ultra Dead Rising 3 was paid-for (Â£7.99) content, whereas this is a free update.

Itâ€™s a good enough reason to return for an additional play-through, but donâ€™t expect it to spark newfound love and appreciation for Dead Rising 4. Even with a robot incarnation of Zangief, itâ€™s still the weakest entry in the series.